Although the regular season doesn't start for another three weeks, consider the 2021-22 NBA season officially underway.

And just like the first day of school, Media Day offers a glimpse of what the rest of the year will look like. What are the team's priorities? What are the player dynamics like?

For the Warriors, a few more pointed questions arose, such as will Andrew Wiggins be available to play in home games because of his vaccination status? And, where was Draymond Green, who missed Media Day because of an excused absence?

As we head into training camp this week, here are some questions that need answers and storylines to watch: 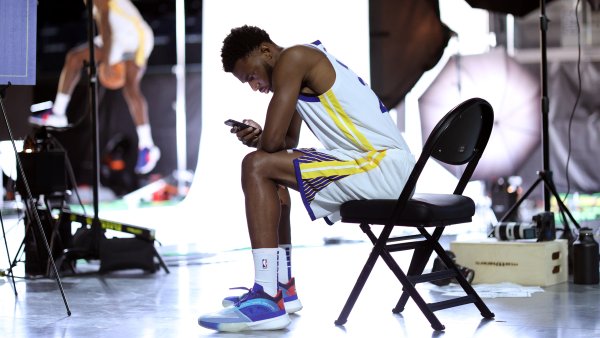 What will Andrew Wiggins' availability be?

Last season, Andrew Wiggins said he would only get the COVID-19 vaccine if he was "forced" to do so. Well, with the City of San Francisco requiring everyone over the age of 12 at large indoor events to be vaccinated -- and the NBA possibly fining players for missing games -- this is as close to "forced" as Wiggins will probably get.

"[My] back is definitely against the wall," Wiggins said Monday.

Warriors general manager Bob Myers said he's confident that Wiggins and all other healthy players will be readily available when for the Warriors' home opener at Chase Center against the LA Clippers on Oct. 21, but Wiggins didn't seem ready to change his stance on the vaccine.

If Wiggins is not available for home games, this would have a huge impact on the Warriors. Last season, Wiggins was their second-most reliable player -- after only Steph Curry. With a healthy roster, Golden State wants Wiggins to be a third option for scoring, but as long as Klay Thompson is still out, Wiggins needs to be ready to take on a bigger load again.

Without Wiggins' offensive production, the Warriors will need to search for that scoring from someone else. Who exactly? The answer is anything but an obvious one.

What are Klay Thompson and James Wiseman's statuses?

Any steps forward the Warriors are looking to make this season will come down to two things: the returns of Thompson and James Wiseman.

Thompson's importance to the Warriors doesn't need to be explained, but also can't be said enough. They need his shooting back, but also hope to see a glimmer of his defensive tenacity that allowed him to lock down James Harden and Kawhi Leonard, in addition to other elite guards and wings.

On Monday, Thompson said his defensive sliding is there, but his reaction time remains a bit off.

"I’ve done everything but 5-on-5, 1-on-1, so I’m feeling very confident in my body again," Thompson said. However, he does hope to resume practicing 5-on-5and 1-on-1 within the next four weeks or so.

Following the "one year after injury" guideline, Thompson expects to make his return sometime in December or January, and Steve Kerr says that when Thompson comes back, it will be in front of a home crowd.

As for Wiseman, he's in a different boat than Thompson. Where the Warriors need Thompson to be 80 percent of himself before his injury, they need Wiseman to be better than who he was his rookie year.

So, his development upon returning from his torn meniscus will be watched closely. Wiseman hasn't been able to do much lower-body work and has instead focused on his shooting form over the offseason. But, the Warriors don't need him to be a shooter -- they need him to battle inside. On Monday, Wiseman said his knee is feeling "great so far," but there is no timetable for his return.

Last week, the Warriors announced that Thompson would participate in controlled drills during training camp, while Wiseman would be able to do individual shooting drills and other individual on-court activities.

What will they do with the 15th roster spot?

One of the biggest questions that could actually be resolved during training camp is, what will the Warriors do with their 15th roster spot?

"Yes, yes, yes," Curry said in response to being asked if he hopes the Warriors fill the vacant spot at some point during the year.

Avery Bradley, Mychal Mulder, Gary Payton II and Langston Gallaway are all on Golden State's training camp roster, and will seemingly have a competition for the 15th spot. However, it's not a given that one of them will be walking away from camp with a new job on the Warriors.

The Warriors still have their midlevel exception to spend, but also carry the largest payroll in the league.

"We have to decide, do we fill that spot or not?” Myers said. “The financial part matters to us ... If we’re going to add a 15th, we’d have to have a pretty good reason to do it."

The group of Bradley, Mulder, Payton and Gallaway suggest that if the Warriors are looking to fill that spot, they are prioritizing adding more backcourt depth, rather than getting more big bodies.

Both are needs of the Warriors. Outside of Kevon Looney and James Wiseman, Golden State has no true center, so expect to see more small-ball with Draymond Green, Juan Toscano-Anderson and Nemanja Bjelica filling in at the five.

Other storylines to watch:

- As noted above, Green was absent from Media Day, and was said to miss the first day or two of training camp. Although Bob Myers said he had an excused absence for personal reasons, Green was seen at the SoFi Stadium in Los Angeles at the Rams-Buccaneers game just the day before. His arrival at training camp will be something to monitor.

- How much will Moses Moody and Jonatha Kuminga be able to contribute right away? Or will they spend some time in the G League? Well, in an ideal world, they'd get to a bit of both: find a few minutes here and there in Golden State, but go down to Santa Cruz to play the heavy minutes that will actually allow them to grow. We haven't seen them play since Summer League, so training camp will offer a glimpse into how raw they actually are.

- With the departure of Kelly Oubre Jr. over the summer, the Warriors have to figure out who will start the season as the starting shooting guard until Thompson comes back. Jordan Poole, Otto Porter Jr. and Damion Lee are three early candidates, and training camp will help solidify that decision. Of course, Wiggins' availability will also play a role in this, for if he can't play, they will also have to figure out who will start at small forward.

- Some of the Warriors' biggest offseason moves didn't have to do with the players they added, but new coaches. Kenny Atkinson, DeJan Milojević and Jama Mahlalela were all hired in order to put a greater emphasis on player development. This week will be their first official practice time with the team.