Prison Virus Deaths Continue as Newsom Meets With US Judge

More California inmates keep dying of apparent complications of the coronavirus, officials said Wednesday, as Gov. Gavin Newsom met with a federal judge who has personally appealed for widespread early releases to allow for more separation among prisoners.

Another California death row inmate at San Quentin State Prison near San Francisco died Tuesday in the midst of an outbreak that has infected about 40% of inmates there. And an inmate from a Central Valley state prison in Corcoran died Wednesday at an outside hospital, though that prison has been much less seriously affected.

Newsom spent about two hours Tuesday with U.S. District Judge Jon Tigar at the California Medical Facility, which houses some of the state’s most medically vulnerable inmates 40 miles southwest of Sacramento.

The governor and other officials did not say what they discussed, but Tigar has repeatedly and sometimes emotionally implored Newsom to free more inmates to allow for others to be safety housed or treated during the pandemic. Tigar is taking preliminary steps to reconvene a special three-judge panel that has the sole power to order the state to release prisoners. 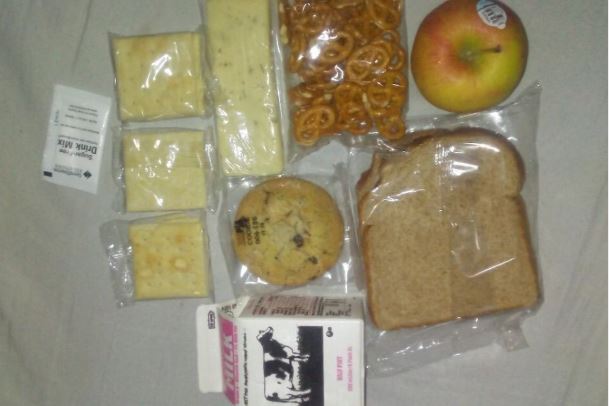 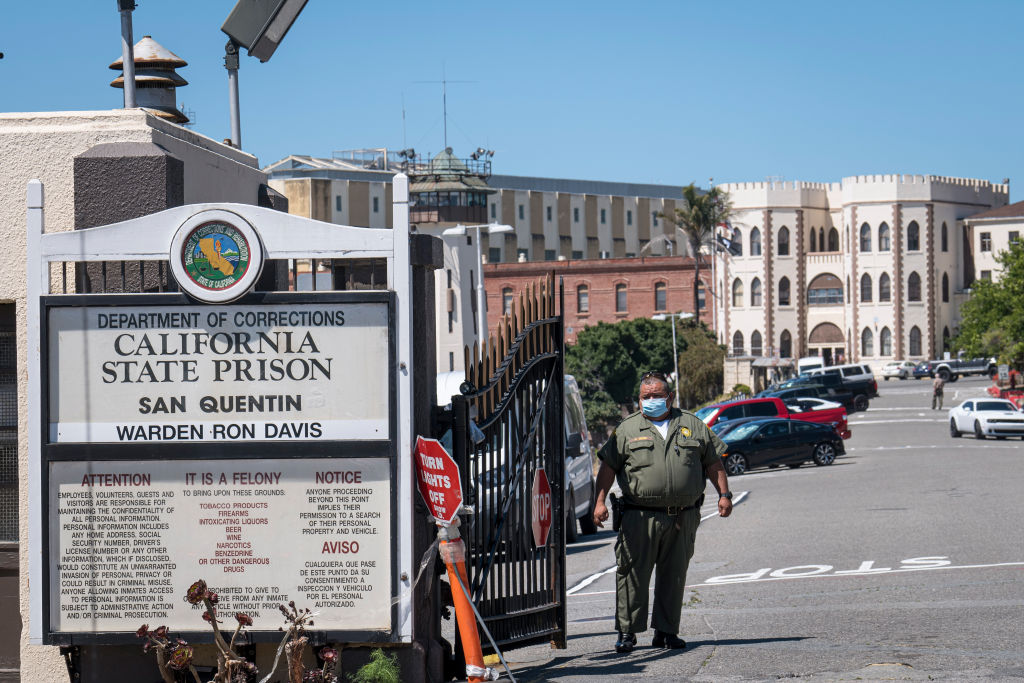 “We need to have enough cells and staff in the institutions so when people get sick they don’t die,” the judge said at a hearing Monday. “I care deeply about this case. I would like the governor to release more inmates.”

Newsom on Wednesday said he was continuing his more incremental “individual by individual” approach of releasing screened medically fragile inmates while allowing qualifying convicts to be paroled up to six months early if they have housing plans so they don’t wind up homeless on the streets.

He and Tigar went to the Vacaville prison “to get a first-hand sense of what’s going on,” Newsom said, praising the judge for “doing a wonderful job.”

The two toured the prison for about 90 minutes, visiting six 10-bed tents that have been set up as auxiliary housing, said corrections department spokeswoman Dana Simas. An additional six tents will be erected by Friday “to immediately isolate people who test positive, just so we have a place to move them,” Simas said.

The medical facility had a single false-positive coronavirus test but inmates so far have been unaffected, Simas said. Five staff members have tested positive there, but three have recovered and returned to work.

Newsom said his goal at hard-hit San Quentin is to reduce the number of inmates from the 4,051 incarcerated there on March 1 to fewer than 3,100 within the next several weeks. That will drop the prison from 131% of capacity to below 100%, he said, adding that “we still want to do more than that.”

San Quentin inmate David Reed, 60, is the sixth condemned inmate to die of COVID-related complications. He was sent to death row in 2011 in the murder of Ricky Mosley in Palm Springs.

Reed, who was white, fatally stabbed Mosley, who was Black, near a restaurant in March 2004. In a recorded interview, Reed discussed the killing with detectives and used a racial epithet to describe Mosley, who was a transient. Prosecutors said Reed staked out the area two weeks for Mosley to come around the restaurant and then attacked him because he believed Mosley had sexually assaulted his estranged wife. Mosley was found stabbed through the heart.

Nearly 1,500 of the 3,500 inmates at San Quentin have tested positive for the virus since officials transferred 121 inmates from the heavily impacted California Institution for Men in Chino on May 30 without properly testing them for infections. Until then, San Quentin had been virus-free.

There have now been 31 deaths from COVID-19 in California’s prison system, according to state figures. Nearly 2,300 inmates are listed as actively having the infection, along with more than 600 employees.

The coronavirus causes mild or moderate symptoms such as fever and cough for most people. But for some — especially older adults and people with existing health problems — it can cause more severe illness, including pneumonia, and death.