The three-day holiday weekend is here, and many Californians have travel plans with Memorial Day being the first holiday since the vaccine rollout.

AAA estimates more than 60% of Americans plan to travel over the Memorial Day holiday weekend. AAA is also reporting that 34 million Americans are getting more confident and traveling during the unofficial start to summer, despite soaring gas prices.

Bay Area airports are anticipating an uptick in travel as many vaccinated people look to get away for the unofficial start to summer. 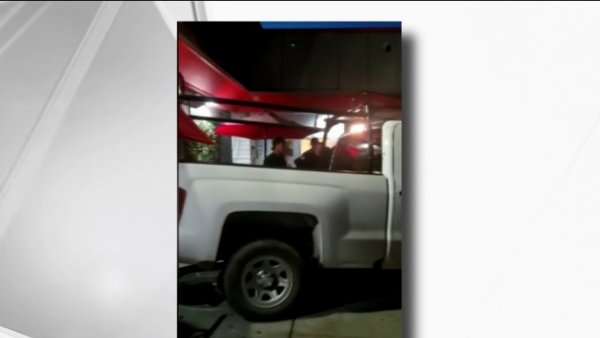 During the height of the pandemic, the travelers that many saw were usually traveling solo, typically younger or middle-aged travelers. Not the case on Friday as many families and seniors were coming in to the airports to catch their flights.

At San Francisco International Airport on Friday, officials say the number of travelers still is about 50% below pre-pandemic levels but expected to rise this weekend, saying they could see as may as 38,000 on a peak day.

Oakland International Airport officials say they're expecting more than 30,000 passengers to pass through and more than 130,000 for the long weekend. That’s nearly a 600 percent jump in travelers since 2020. But it’s not a return to normal. Pre-pandemic, the airport was used to seeing 210,000 passengers. For those with destinations that require proof of a negative COVID-19 test, Oakland airport officials say free testing is available on site.

In his first flight since the pandemic, Steve Winiarski traveled from Colorado to California to see his daughter and catch up with his two grandkids.

"I’m getting to see my family again, which I haven’t seen in almost two years. I hope I recognize them," he said.

At Mineta San Jose International Airport, it's much of the same, with an increase in a number of travelers for the holiday weekend. SJC expects more than 58,000 passengers through the airport compared to just 8,700 a year ago.

Some airports, such as Oakland, are continuing to reopen some of their closed shops and restaurants. Travelers should check with their airport to see what is open.

Some Bay Area residents will be traveling by car this holiday weekend. George Wang is fueling up his tank before heading south for his first big road trip of the year. His cousin is getting married this weekend in Los Angeles.

“Driving to LA: we feel ok. We’re both fully vaccinated. Most of the things we’ll doing outdoors overall,” he said.

AAA expects to rescue more than 115,000 California drivers over this holiday period.

Castro Valley resident Bob Cataluna won’t be one of them.

"Nope, nope. Too many people on the road," he said.

But then there’s people like TJ Topher, who jumped on a flight from Vegas to celebrate his birthday at the Oakland Coliseum.

"Party, we’re going to party. We’re going to celebrate a sweep of the Angels, that’s what the plan is,” he said.

Masks are still required at all three Bay Area airports. TSA is in charge of enforcing the mask mandate. And for those wondering, TSA is allowing you to carry one 12 ounce liquid hand sanitizer in your carry-on.