‘This is What Democracy Looks Like': More Peaceful Protests Ripple Across Bay Area

More protests rippled through the Bay Area on to decry the election of Donald Trump and his newly selected advisers, as school leaders called parents to say that the walkouts are not sanctioned, but children could get excused absences if they choose.

Still, that didn't stop students from Oakland Technical, Skyline and Bishop O'Dowd high schools, for example, from leaving their classrooms before lunch and marching down Broadway toward City Hall. There were other protests in Oakland at Lake Merritt and the Fruitvale BART station organized throughout the morning and afternoon.

"Our bodies, our choice," the teenagers chanted. "This is what democracy looks like." 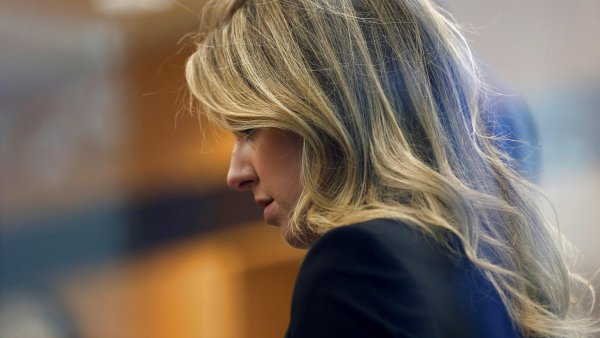 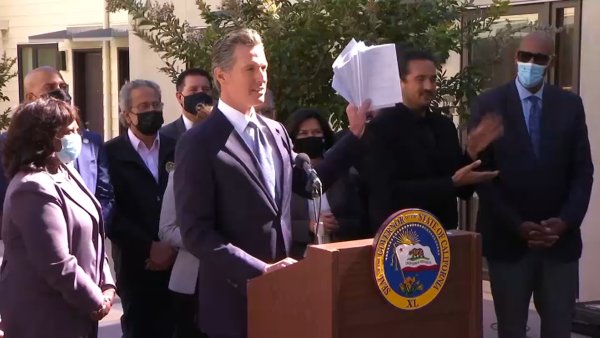 Katie Barr, a student at Oakland Tech, said she came out because the election of Trump is a "terrible injustice to our city."

In a robocall to Oakland Tech parents early Monday, administrators warned parents the protests would happen and that they weren't being supervised by staff. Still, they said parents could call in and excuse the absence if they chose.

"We at Oakland Tech truly respect our students' right to civic engagement
but staff or administration will not participate if they walk out," the message said. "Please encourage students to stay at school to keep them safe."

There were those parents who forbade their children from protesting. Some thought it would get too violent, others don't believe that the public, especially children, should protest the election of a president.

Rick Espinosa said he supports childrens' right to protest, but asked, "Shouldn't they be back in school learning? The amount of money being spent on police and other services is going to be charged back to the hard-working Americans."

In Alameda, the protest took a different form. Staff and administrators stayed on campus, welcoming the students to class in an event called "Everybody Belongs Here" after racist graffiti was found last week at Edison Elementary.

"I want all of our families to know that it is unacceptable to us as a district and against what we stand for as Americans to see these hateful and exclusive behaviors," Alameda Unified Supt. Sean McPhetridge said in a message to his district.

"Please let your children know we have taken a strong stand in this district and in this community that everyone belongs here," he said. "We do not tolerate hate speech, bullying, racism, sexism, homophobia, or any other forms of hatred. We are a district that is committed to safe and inclusive schools for each and every student, family, and staff member."

In San Francisco, Mayor Ed Lee chose to mark the Trump-era by organizing a peaceful gathering at City Hall to remind the public that the city still offers sanctuary for undocumented immigrants. He was surrounded by the gay men's chorus.

In Petaluma, students from Casa Grande High School planned to walk out, too. They represented clubs on campus including the Movimiento Estudiantil Chicanos de Aztlan, the Black Student Union, and the Queer Straight Alliance.

For the past six days, protests scattered around the Bay Area have ranged from violence and tension to open dialogues and group hugs.

One of the biggest group-hug days took place on Sunday, when a gathering of about 7,000 people congregated at Oakland's Lake Merritt, where members of the community joined hands around the three-mile lake.

"Our voices need to be heard," said Carlos Garcia, a junior at the Oakland School for the Arts. "We're often overlooked because we're teenagers."