A deadly officer-involved shooting that occurred after an officer was hit by the suspect's vehicle and dragged several feet could have been much worse, according to the San Jose Police Department chief.

Sgt. James Mason is recovering from the incident in East San Jose Saturday afternoon. It was all captured on officer-worn body cameras.

SJPD Chief Eddie Garcia said Mason and other officers were out of options and had to fire their weapons at the suspect they located in a stole vehicle. 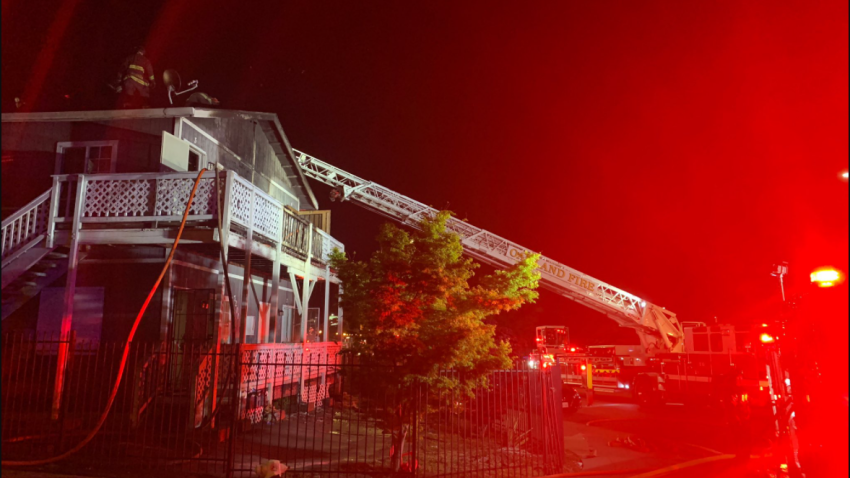 Police were trying to locate the car when the suspect jumped through its sunroof and started behaving erratically, police said Saturday. The incident occurred around 12:52 p.m. on Kollmar Drive and Story Road, police said.

Three officers blocked the vehicle and commanded the suspect to comply. The suspect refused and rammed his vehicle into a patrol car, according to police.

"Officers fired at the driver as he continued driving forward, striking the officer," Garcia said. "The officer was knocked to the ground."

The chief also said the getaway car did not stop until it was hit by gunfire.

The suspect was a known gang member, sources familiar with the investigation told NBC Bay Area.

All three officers fired at the suspect, hitting him at least once, police said. The unidentified adult male suspect was taken to a hospital where he was pronounced dead.

This is the second officer-involved shooting this year in San Jose. In February, an officer fatally shot a suspect who hijacked a UPS truck.