Santa Clara County's public health officer said Wednesday she and her colleagues are "feeling blind" after learning that the state lost track of the true number of coronavirus cases due to a computer glitch.

Dr. Sara Cody said the county's case numbers have likely been off for close to a month.

"We don't know if our cases are rising, plateauing or decreasing," she said. 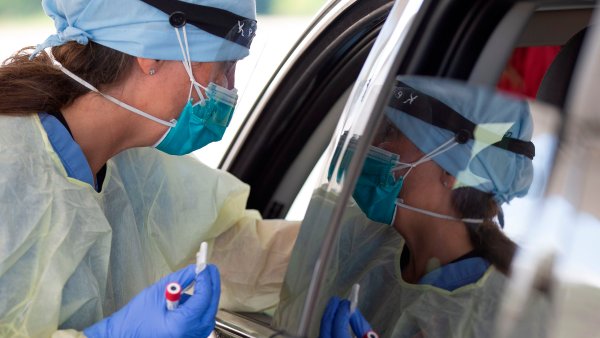 Cody said the lack of data makes her feel like the county has regressed to what it was in February and March when there wasn't enough testing and data to indicate the impacts of COVID-19.

Santa Clara County's public health officer said Wednesday she and her colleagues are "feeling blind" after learning that the state lost track of the true number of coronavirus cases due to a computer glitch. Scott Budman reports.

The county's current cumulative case count is over 11,000, according to the county dashboard, but cases have been significantly underreported since mid-July because of the glitch in the California Reportable Disease Information Exchange (CalREDIE) disease reporting system.

"I would say that right now, we're back to feeling blind," Cody said. "We don't know how the epidemic is trending. It's not just inconvenient, but this lack of data doesn't allow us to know where the epidemic is heading, how fast it's growing or not."

Those who put out the data said they're angry and that they feel bad for residents.

"In light of that, it is difficult when you're not able to say to them if the numbers that you have put out are complete," Deputy County Executive David Campos said.

This chart shows the cumulative number of cases per state by number of days since the 50th case.

Though the case count shows a trend downward, Cody expects that case count to increase up after the complete data is processed.

However, Cody indicated that countywide hospitalization rates have declined in the last few weeks. Since July 13, the county has had an average daily death of 1-2 people, according to the county dashboard.

"While we again can't interpret what our last two weeks of data mean as far as the cases, the last week or two of hospitalization data is somewhat reassuring that things are leveling off," Cody said. "But it is not enough to really know."

If data indicates a substantial spike after it is completely processed, Cody said the county may impose stricter health orders, similar to ones from March.

The state is still diagnosing the technical problem, but Cody said it appears that the electronic lab results were not properly routed into the state's system. The health officer also added that the county has offered to assist the state to fix the technical issues.