Two California counties have filed a lawsuit accusing five drug companies of waging a campaign of deception to boost the sales of painkillers behind the nation's prescription drug addiction problem.

Much like the legal attack on tobacco companies two decades ago by many states, the current lawsuit accuses the drug manufacturers of making misleading and false claims about the safety of products consumed annually by millions of Americans.

The lawsuit was filed on behalf of the entire state of California and seeks to stop the marketing campaigns involving opioid-based painkillers and demands unspecified compensation for alleged damage to public health and patients.

“The truth is, there is no scientific evidence these painkillers offer long-term pain relief for non-cancer pain, and they have a serious risk of addiction and abuse,” said Danny Chou, assistant Santa Clara County counsel.

Santa Clara County Public Health Officer Dr. Sara Cody admits opioids may help some cancer patients, but she says the drugs have been widely over-prescribed because of deceptive marketing.

“Because of deceptive marketing, doctors are prescribing opioids when they are not appropriate and they are not indicated,” Dr. Cody said. “That has led to misuse, and now we have a rampant epidemic in the U.S.”

In a previous case, Purdue, the maker of OxyContin, and three of its former executives agreed to pay $634 million to settle criminal and civil charges filed by the U.S. Department of Justice claiming the company misled regulators, doctors and patients about the potential for addiction and abuse.

The Centers for Disease Control and Prevention reported that opioid painkillers contributed to 16,651 deaths in 2010 -- more than twice the number attributed to cocaine and heroin use combined.

Purdue, based in Stamford, Conn., said at the time it settled the previous case that it accepted responsibility for the actions of its employees and has put in place training and monitoring programs to prevent overpromotion of OxyContin.

Orange County District Attorney Tony Rackauckas said in an interview Thursday that Purdue continues to mislead despite the settlement.

"That didn't change anything and that's why this lawsuit can't just be about money,'' Rackauckas said. "We aren't just looking to tax them on their profits. We are looking for them to change their behavior and to start telling the truth.''

"Janssen is committed to ethical business practices and responsible promotion, prescribing and use of all our medications,'' Frenze said.

The lawsuit alleges that the companies in the 1990s sought to expand sales of their powerful opioid-based painkillers beyond use by cancer patients and other seriously ill people near the end of life. It also claims that some 254 million prescriptions for opioids were filled in 2010 to treat a wide-range of maladies, including common conditions such as arthritis, back pain and headaches.

"Opioids -- once a niche drug -- are now the most prescribed class of drugs -- more than blood pressure, cholesterol or anxiety drugs,'' the lawsuit states. 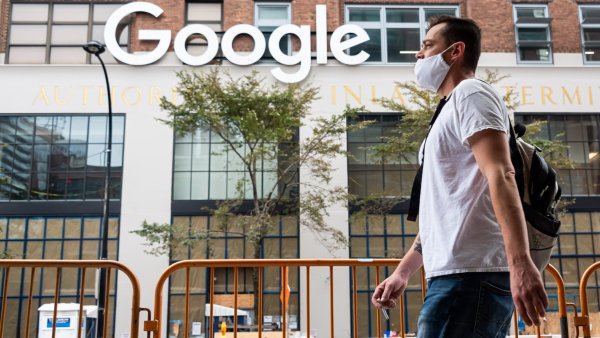