Burned out, but not driven out.

Almost six months after the devastating Valley Fire scorched Lake County, families are rebuilding their homes in the area with the help of  donations and volunteers.

More than 1200 houses were destroyed in the blaze, making total reconstruction a difficult task. But Sunday marked a special milestone in that process, as crews put finishing touches on the first of 150 new houses in Middletown, one of areas badly devastated by the flames.

That home will go to Justin Lord and Courtney Van Leuven, who celebrated with the rest of the community Sunday.

“It’s the easiest move we’ll ever have, and our daughter won’t be moving house to house,” Van Leuven said. "I'm really proud of us. We have not sat down or grumbled or cried. Everybody's stayed strong. We're going to fight till we get this community back. It's going to be stronger." 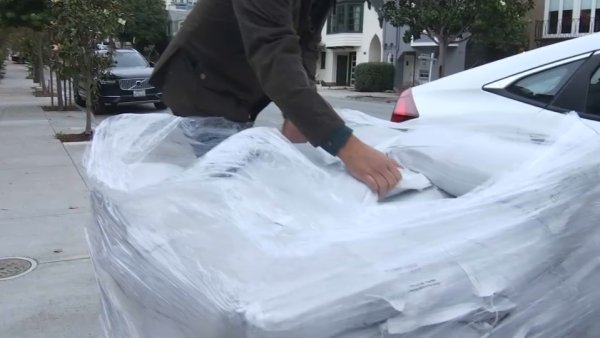 A recent survey found that more than 50 percent of Valley Fire victims opted to stay within the community and rebuild, relying on temporary housing to get through the trying ordeal.

Volunteers and donations were crucial to the rebuilding process. Resources were pooled from the nonprofit building company Hope Crisis Response Network, as well as Lake County Service Providers and the Middletown Rancheria.

“Every dollar that comes in goes to building materials...and we match that with volunteer labor,” said Kevin Cox, a worker with the response network. "There's no admin fees, there's no salaries."

In addition to building new houses, volunteers have also been focused on imparting their own skills onto novice builders that show a desire to help.

“We’re building tradesmen and craftsmen right now with this construction project. A lot of the young guys who volunteer have now picked up skills that they're gonna be able to carry on to help with the rest of rebuilding the community,” said Jose Simon of Middletown Rancheria, which is represented by the Native-American Pomo Tribe.

Construction of each home costs around $50,000 to $50,000. Building will continue for the foreseeable future. In the next two weeks, five homes are slated to begin construction.

Many of the volunteers who built Lord and Van Leuven’s new home have vowed to continue helping in Lake County for as long as five years.