Out of the public view for much of the year, Melania Trump will step into the spotlight Tuesday night to argue for a second term for President Donald Trump

When Melania Trump addresses the Republican convention from the White House, it will be the most that many Americans have seen of their first lady since the beginning of the coronavirus pandemic that has come to define her husband's administration.

Out of the public view for much of the year, Mrs.Trump will step into the spotlight Tuesday night to argue for a second term for President Donald Trump — while trying to avoid the missteps that marred her introduction to the nation when she spoke at the gathering in 2016.

The first lady's office hasn't provided any hints as to what she will say.

"I would suspect that the speech will be a combination of defending what the base likes about Donald Trump, playing up the fact that if you like what you saw, you’ll like the next four years if he’s reelected," said Ohio University professor Katherine Jellison, who studies first ladies.

LX News storyteller Noah Pransky recaps the DNC convention and sets the stage for the RNC convention this week.

Just like Trump has upended norms of the presidency, Melania Trump has altered what it means to be a modern first lady, from continuing to live in New York City in the administration's opening months to forcing the ouster of a deputy national security adviser. Not since Nancy Reagan has any first lady asserted herself so publicly in West Wing personnel matters.

Like the president, her tenure can also be defined by its ups and downs.

The first lady arranged a splashy launch for "Be Best," her signature initiative for children, but ended up on the defensive for making anti-cyberbullying one of its pillars when the president regularly uses Twitter to attack anyone he feels has betrayed him.

She rushed to the southern border to visit migrant children after the administration started separating them from the grown-ups who brought them to the U.S. from Mexico, a rare instance where she publicly opposed the president's policy.

But en route to McAllen, Texas, the former fashion model donned a green hooded jacket with "I Really Don't Care, Do U?" scrawled on the back. She didn't wear it around the children, but the baffling wardrobe choice quickly overshadowed the goodwill border visit.

"It distracted from what she was trying to do," said Myra Gutin, who studies first ladies at Rider University.

The first lady's spokesperson, Stephanie Grisham, said at the time that it was "just a jacket" with no hidden meaning. President Trump later contradicted that, tweeting that his wife had learned how dishonest the news media are “and she truly no longer cares!”

Melania Trump later said in a television interview that the jacket was "for the people and for the left-wing media who are criticizing me."

Hear what Senator Tim Scott, R-S.C., had to say during his speech on night 1 of the 2020 Republican National Convention.

Her announcements during the pandemic of two costly though privately funded White House improvement projects — construction of a tennis pavilion and a Rose Garden renovation — opened her to charges of tone-deafness and a flurry of social media commentary likening her to France's Marie Antoinette. She tweeted that the naysayers should "contribute something good & productive in their own communities" instead of criticizing her.

Mrs. Trump said months ago that she's ready for another four years.

Only the second foreign-born first lady in U.S. history, Mrs. Trump is a native of Slovenia, a former communist country in eastern Europe. She gave up studying architecture to pursue a career as a fashion model, arrived in New York in 1996 and met Donald Trump two years later.

Andrew Pollack, the father of Meadow Pollack, speaks about the events that followed the shooting at Marjory Stoneman Douglas High School which claimed the life of his daughter.

The first lady is set to speak Tuesday night from the renovated Rose Garden, despite questions about using the White House for a political convention. The coronavirus has forced her to scrap many of her plans for 2020, including headlining her first Trump fundraisers.

A low-profile presidential spouse, Mrs. Trump spent the first weeks of the pandemic out of public view before she began posting short videos filmed at the White House to social media underscoring federal government guidance about hand washing, social distancing and wearing face masks as ways to help slow transmission of the virus.

The pandemic marked another instance where the first lady parted with her husband by offering a more consistent message about masks than the president, who early on scoffed at the idea of wearing one himself even as he announced federal guidance for the public about doing so. 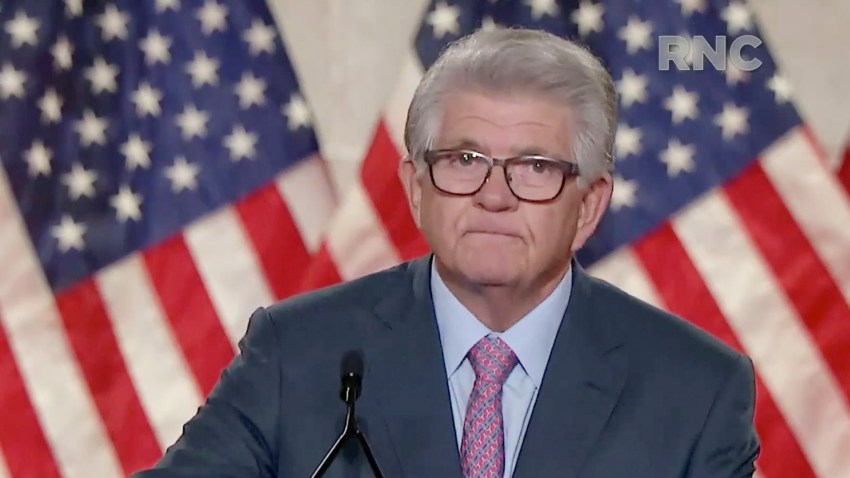 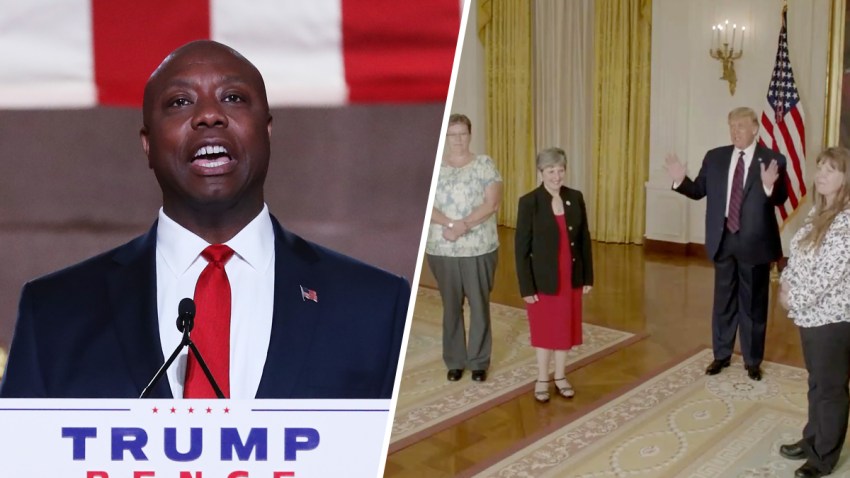 She posted a photo of herself wearing a mask, and wore one in public before Trump did. Grisham said it was important for her to follow the guidelines and set a good example for children.

Tammy Vigil, a Boston University professor who wrote a book about Melania Trump and Michelle Obama, said people complain that Mrs. Trump is "sort of a do-nothing first lady when she's actually been doing some things and not getting much attention for them."

"Her husband sucks all the air out of the room," Vigil said.

"I think people like the idea that she is a successful, independent woman who protects her son, cares deeply about children and wants to assist her husband, but she does so on her terms," Gingrich said.

One challenge for the first lady Tuesday night will be to avoid doing anything to take the focus away from her speech. She used her 2016 speech to introduce herself to voters, but the address was later found to have included passages similar to what Michelle Obama had said in her speech at the 2008 Democratic National Convention.

A speechwriter for President Trump's company, the Trump Organization, later took the blame.

Last week, after Mrs. Obama's forceful rebuke of Trump in an address to the Democrats' largely virtual convention, social media lit up with tongue-in-cheek speculation about whether Mrs. Trump would give the same speech.