Russia's Standing in G-20 Not Threatened by Ukraine Invasion

China, Brazil and South Africa, have made clear they will support Russia's membership in the G-20

The last time Russia invaded Ukraine, in 2014, outraged world leaders booted Russia out of the Group of Eight industrialized nations, which quickly rebranded itself the Group of Seven.

Eight years later, the G-7 is still holding at seven — a collection of countries that meet to talk through big issues like trade, economics and security.

This past week, as global leaders gathered in Washington for spring meetings involving officials from the International Monetary Fund, World Bank, G-7 and the larger Group of 20, it quickly became apparent that despite Russia's ongoing assault on Ukraine, its membership in the G-20 remains firmly intact.

While Russia has been rendered a pariah country by Western states, it will remain part of the G-20 and associated organizations unless member countries achieve a consensus that it should go. That appears less and less likely, as several countries, including China, Brazil and South Africa, have made clear they will support Russia's membership in the G-20, which represents industrial and emerging-market countries.

Why would Russia want to stick around when its presence in the group is clearly unwelcome to many?

It has much to gain from disrupting events and sowing general discord between countries in the forums. A glimpse of this was seen this past week when Russia blocked the IMF’s key advisory committee from issuing a communique condemning its invasion of Ukraine.

Faced with the questions over what to do about Russia’s membership in the organization, various world finance leaders at the meetings alternately squirmed, dodged, walked out in protest or stayed put.

As the Russian invasion of Ukraine has dragged on, the endgame has become less clear. NBCLX storyteller Clark Fouraker spoke to Philip Wasielewski of the Foreign Policy Research Institute about the war’s possible outcomes, which hinge on a key question: Does Russia want to fight — or find a way out?

IMF Managing Director Kristalina Georgieva, when asked about the prospect of kicking Russia out of the G-20, avoided calling for its ouster.

“There are clearly very, very unsettling facts we have to deal with,’’ she said of Russia's aggression. But then she pivoted to focusing on the “need for cooperation” to solve big world problems.

“Make a list of questions that no country can solve on its own,” she said, “and it’s obvious that cooperation must continue.’’

Nadia Calvino, Spain’s economy minister and chair of the IMF advisory committee, lamented that the meeting had “obviously not been business as usual.”

“Russia’s war against Ukraine has made it impossible to come to a consensus on a communique," she said, adding that the committee "has traditionally worked on the basis of consensus, so when one member breaks away, we cannot reach the agreement that the overwhelming majority of us would have wanted.’’

The World Bank said it stopped all of its programs in Russia and allied Belarus after the invasion in late February and has not approved any new investments in Russia since 2014 or in Belarus since mid-2020. The IMF said it hasn't loaned money to Russia in decades and supports no programs there.

The dispute at the IMF meeting highlighted the problems that government leaders are likely to face in Indonesia in November, when G-20 leaders are set to gather in Bali. President Joe Biden has called for Russia to be kicked out of the group, but the U.S. has not said whether Biden would boycott the gathering if Russia participates.

The U.S. and Canada have been the biggest critics of Russia's membership.

U.S. Treasury Secretary Janet Yellen and Canadian Finance Minister Chrystia Freeland were among a number of officials who walked out of a Group of 20 meeting Wednesday when Russia’s representative started talking.

Freeland later tweeted: “This week’s meetings in Washington are about supporting the world economy — and Russia’s illegal invasion of Ukraine is a grave threat to the global economy. Russia should not be participating or included in these meetings.”

But several countries, including China, Brazil and South Africa, have been vocal about rejecting measures to remove Russia. They've argued that engagement is more important than isolation in troubled times. 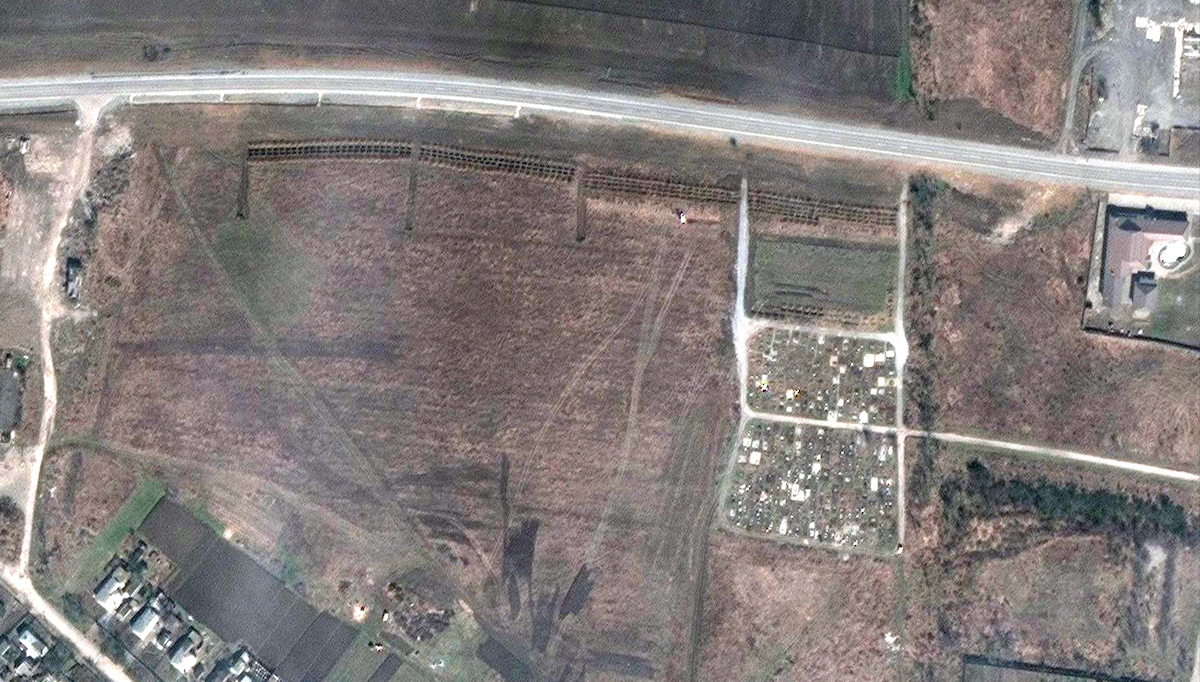 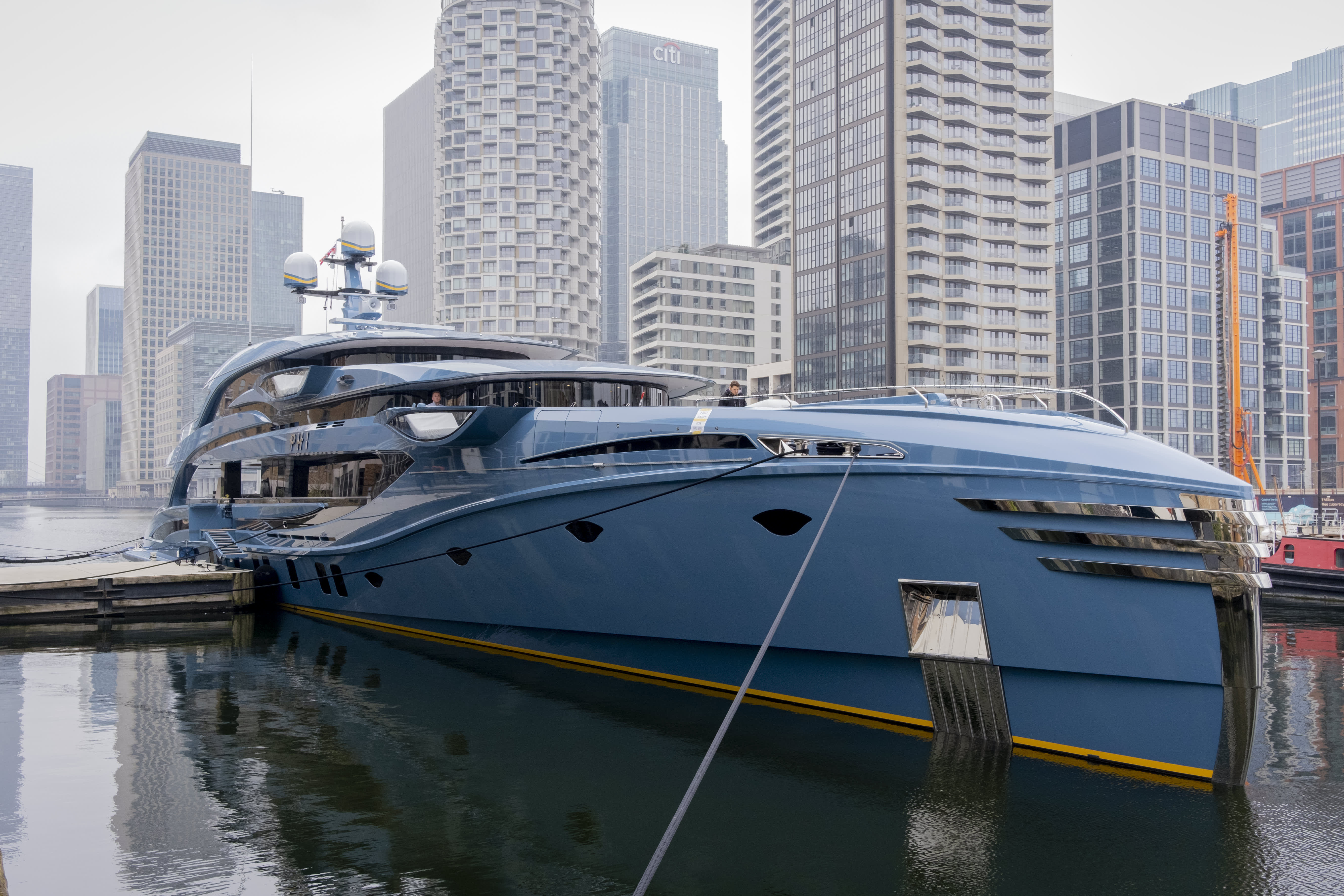 Why the U.S. Is Going After Yachts and Mansions of Russian Billionaire Oligarchs

“To expel Russia would only isolate it and make it more difficult to achieve constructive engagement,' said Clayson Monyela, a spokesman for South Africa's Department of International Relations and Cooperation. "South Africa believes it is more useful to keep Russia in and to engage with it to find the lasting peace that we are all yearning for.”

South African President Cyril Ramaphosa has blamed NATO for the war in Ukraine.

Brazilian Foreign Minister Carlos França told a news conference in Brasilia that excluding Russia “doesn’t help us find a solution to the immediate problem that we have,” which is the need to cease hostilities and have Russia and Ukraine negotiate a lasting peace.

“Boycotting is not sustainable,” he said. “There should be efforts to try to shame Russia. It would be a mistake for the U.S. to take its ball and go elsewhere, because we would leave a hole in the G-20 to be controlled by China.”

Chinese Foreign Ministry spokesperson Wang Wenbin said last month Russia remains an “important member” of the G-20 and no member has the right to expel another.

The G-20 should “practice genuine multilateralism, strengthen solidarity and cooperation, and work together to address outstanding challenges in the areas of economics, finance and sustainable development,” Wang said.

Adam Lipsky, senior director of the Atlantic Council’s GeoEconomics Center, said Russia has the most to gain from the discord that comes from the U.S. calling for its removal.

“By showing up they're potentially derailing the whole G-20," he said of the Russians. “That’s giving them more control than they should have. If the U.S. boycotts, then the G-20 falls apart and that’s to Russia’s benefit.”

Associated Press writer Paul Wiseman in Washington contributed to this report. Alvares reported from Brasilia and Meldrum from Johannesburg.