Five candidates will debate on Wednesday. But Gov. Gavin Newsom is not participating.

The ballots for California's gubernatorial recall election will be mailed to voters in just two weeks.

Newsom is lining up big name Democrats for television ads opposing the effort to recall him. This includes Sen. Elizabeth Warren of Massachusetts, who appears in one ad.

More than 40 candidates hoping to replace Newsom will be on the ballot.

Five candidates will debate on Wednesday. But Newsom is not participating in the debate.

In a statement, Gov. Newsom’s campaign said he “will be doing the job that Californians elected him to do, leading our economic recovery and tackling our state's most pressing challenges.”

“If he's not there, he doesn't have to worry about returning any attacks. That's why I said he wants to put himself above the fray,” said political analyst Larry Gerston.

Gerston said while Newsom is choosing not to engage the candidates, he said that Newsom needs to engage Democrats to remain at the capitol. He added that California Republicans are enthusiastic about voting him out. 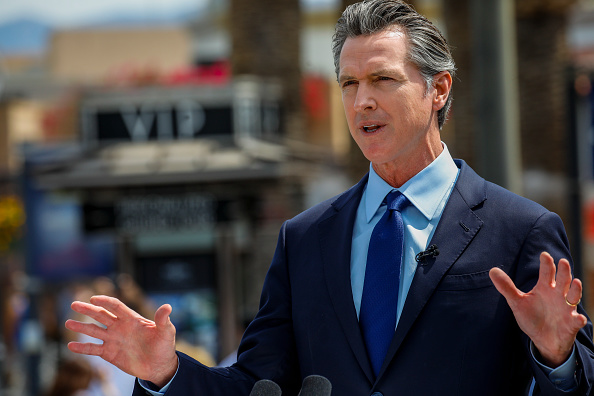 “Democrats outnumber Republicans 2 to 1 in this state. But Republicans have the edge on the enthusiasm gap and that's what makes this unpredictable," Gerston added.

A recent Berkeley Institute of Governmental Studies poll of likely voters shows that 50% want Newsom to stay at the capitol and 47% of the voters want him out.

A tight race people can begin voting on when ballots are mailed in a matter of weeks.

“You don't have to vote yes to pick a candidate. You can vote "no" and pick a candidate. The idea is in the event the governor is recalled, who is there to replace him? That's why its important for everyone to vote in recall and who will be replacement,” Gerston added.

Gerston said Republicans are expected turn out in droves on September 14 if the Democrats don't.

The replacement vote will shape the future of California.