The Soundgarden rocker was found dead by suicide in 2017

Chris Cornell's family has reached a confidential settlement with a doctor over a malpractice lawsuit they filed that accused him of writing him scripts for "dangerous" and "mind-altering" prescription medications that led to his death, according to legal documents.

Soundgarden rocker Chris Cornell was found dead by suicide in 2017. The legendary alternative rocker was 52 and was survived by wife Vicky Cornell, their daughter, Toni, now 16 years old, and their son, Christopher, now 15. In 2018, the family sued Dr. Robert Koblin, an internist and cardiologist who practices in Beverly Hills, for allegedly over-prescribing the singer "mind-altering" drugs without actually examining him. One of them, an anti-anxiety pill, was found in his system at the time of his death.

"After years of litigation and settlement negotiations, plaintiffs and (Koblin and Robertson Cardiovascular Center LLC ) have reached a confidential settlement agreement to resolve all claims asserted by each plaintiff," the Cornell family's attorneys state in court papers filed in a Los Angeles Court in April and obtained by E! News on Thursday, May 6. "Unfortunately, as with many celebrity cases, this action has also attracted the attention of troubled individuals who have harassed plaintiffs, including by threatening the life and safety of plaintiffs Toni Cornell and Christopher Nicholas Cornell." 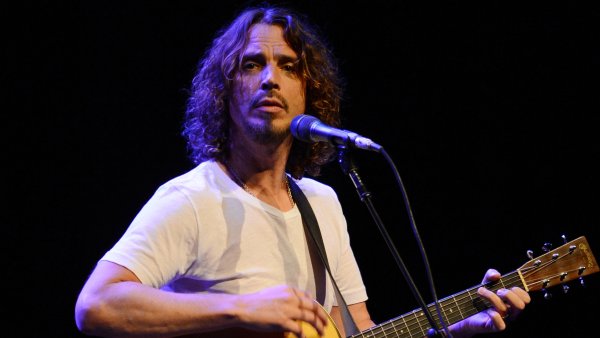 The original lawsuit, obtained by E! News, stated that Cornell's family was suing the doctor and his office for "negligently and repeatedly prescribing dangerous, mind-alerting controlled substances to Chris Cornell which impaired Mr. Cornell's cognition, clouded his judgment, and caused him to engage in dangerous impulsive behaviors that he was unable to control, costing him his life."

The doctor's attorney said the prescriptions were appropriate, CNN reported after the lawsuit was filed.

"Dr. Koblin is a competent and conscientious doctor who enjoyed an excellent physician/patient relationship with Mr. Cornell and other members of his family," the lawyer said in a statement the cable network in 2018. "The experts I have consulted with believe Dr. Koblin's treatment was within the standard of care in this community and were not a substantial factor in causing Mr. Cornell to commit suicide."

The lawsuit had focused primarily on one of the medications that the doctor allegedly prescribed to Chris and which the singer had in his system when he died: Lorazepam, a powerful and potentially highly addictive sedative known by the brand name Ativan. It is typically given to treat anxiety and can produce euphoric effects if taken in large amounts. In addition, an FDA warning states, "In patients with depression, a possibility for suicide should be borne in mind; benzodiazepines should not be used in such patients without adequate antidepressant therapy."

Rocker Chris Cornell, who gained fame as the lead singer of the bands Soundgarden and later Audioslave, has died at age 52, according to his representative. Cornell died in Detroit, where he was on tour.

Throughout his life, Cornell spoke publicly about battling depression and substance addiction. After his death, his family's attorney said in a statement, "Chris, a recovering addict, had a prescription for Ativan and may have taken more Ativan than recommended dosages."

"During the last 20 months of his life until his death, Dr. Koblin directly and/or through his authorized agents or employees negligently prescribed more than 940 doses of Lorazepam to Chris Cornell," the lawsuit stated. "During that same period, he also prescribed various doses of Oxycodone. Yet, at no time during this period did Dr. Koblin conduct a medical examination of Mr. Cornell, perform any laboratory studies, obtain an interim history or do any type of clinical assessment of Mr. Cornell. He did not even physically see or speak to Mr. Cornell during this period."

The lawsuit continued, "In someone with a risk of substance abuse and/or addictive disorder like Mr. Cornell, Lorazepam was known to 'increase the risk of suicide by severely impairing judgment and rational thinking and by lessening impulse control. Moreover, excessive ongoing, unmonitored use can lead to medical intoxication... and substantially enhance the risk of impulsive suicide. Despite this, Dr. Koblin failed to warn or counsel Mr. Cornell about the risk of suicidal ideation or any other known serious side effects of protracted Lorazepam use."

In 2017, the Wayne County Medical Examiner's Office in Detroit, Mich. said that while several prescription drugs, including the substance that makes up Ativan as well as an opioid overdose reversal medication were found in Cornell's system, the cause of the singer's death was solely suicide by hanging.

"There were no other injuries or any diseases present that contributed to death," the report said. "Postmortem toxicology detected butalbital [used to treat tension headaches], lorazepam, pseudoephedrine and its metabolite norpseudoephedrine [both decongestants], caffeine, and naloxone [narcotic overdose, aka Narcan] in the decedent's blood. These drugs did not contribute to the cause of death."