Apple just wrapped up its hardware event where it unveiled new processors, laptops and AirPods. It's Apple's second event of the fall and means it now has new iPhones, Apple Watches, Macs, AirPods and more ready to ship during the holiday season. Here's everything Apple announced:

You can read all of the news below. 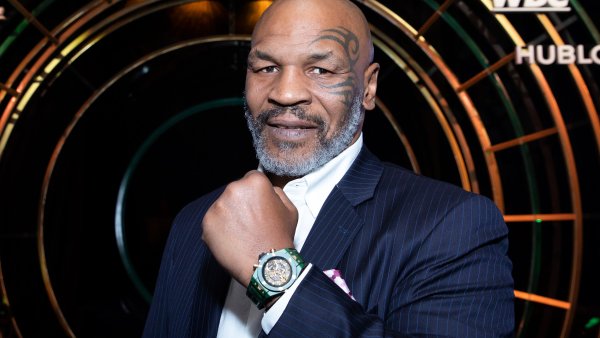 ‘I Use It for Life': Mike Tyson Joins the List of Celebrities Launching a Cannabis Line

Apple is slated to release the MacBook Pro at a hefty price tag. The 14-inch model will begin at $1,999 and the 16-inch model at $2,499. Pre-orders begin today and they begin shipping next week.

Apple announced new MacBook Pro laptops using its M1 Pro and M1 Max chips, which it says is much faster than laptops that use Intel chips.

The new models have an HDMI port to connect to displays and TVs, a SD card slot for photographers. It also uses a MagSafe magnetic connector, bringing back a beloved feature from older MacBooks. Users can still charge using the USB-C ports, of which there are three, which support Thunderbolt connections.

It comes in 16-inch and 14-inch sizes with denser screens and ProMotion screens with a higher refresh rate, a feature that landed on the iPhone 13 this year. The displays are using MiniLED technology, Apple said.

The 14-inch MacBook Pro starts at $1,999. The 16-inch model starts at $2,499, representing a slight price increase from previous models, although the price can increase when users configure their laptops with upgrades. They are available for pre-order on Monday and hit store shelves next week.

The display includes a notch cutout at the top of the screen for its cameras, according to an Apple video on Monday. Apple made the bezels thinner, and said its software would "wrap" the top option bar around the camera, which juts out into the screen.

However, unlike iPhones, the notch does not appear to house Apple's Face ID facial recognition camera. Apple says the front-facing camera can take 1080p video and has been improved for better image quality.

The new models do not have a Touch Bar touchscreen on the keyboard but have a fingerprint sensor in the power button.

This is what Apple excels at: Creating great hardware accessories tied to its most popular product -- the iPhone.

AirPods and the Apple Watch are the two most successful and popular examples. Hardware has always been Apple's specialty, and the accessories are some of the best stuff Apple makes besides the iPhone. (Apple isn't as good at developing digital services.)

The new AirPods Apple unveiled Monday add a lot of the features that used to be exclusive to the more expensive Pro model. They're going to be a tempting buy. Plus the current version of the regular AirPods will be available at a discount. Expect to see some impressive growth in Apple's wearables and accessories business when the company reports earnings for this quarter.

Apple said the new MacBook Pro laptops are "completely reimagined." They will sport Apple's M1 Pro chip, a new processor Apple says has a 10-core CPU that Apple says is 70% faster than its current M1 chip.

Apple continues to define its processors using performance per power drain, instead of raw processing capability.

Silicon industry commentators will need to test these processors once they ship to customers to verify Apple's claims. — Kif Leswing

The new AirPods will support spatial audio, thanks to new sensors that support features like spatial audio. They sport a new design, closer to the AirPods Pro, but they lack the rubber in-ear tip. The case also charges magnetically using Apple's magnetic charger MagSafe.

Apple says the third-generation AirPods have more powerful bass than previous models and that the AirPods now have six hours of battery life for listening to audio.

Apple's $99 smart speaker, HomePod Mini, will launch in a variety of new colors. It now comes in orange, yellow, and blue. Previously, it was only available in white and dark grey.

Apple has used colors to boost sales on previous-year products since the iPod Nano came in several colors. — Kif Leswing

Apple announced a lower-cost version of Apple Music called "Voice Plan." It costs $4.99 per month, undercutting Spotify. The difference between Voice Plan and Apple's existing individual plan is that users can only access it through Siri and it doesn't have spatial audio and other premium features. — Kif Leswing

Tim Cook says the event will focus music and the Mac

After a video showing a musician creating a song out of Apple startup sounds, Apple CEO Tim Cook says the event will focus on "Music and the Mac." — Kif Leswing

Expect a lot of discussion about chip speeds and silicon technology

Apple usually tries to position its Mac marketing away from "speeds and feeds."

In Apple's world, its computers are something you use to create stuff. Focusing on the macOS experience, and the actual clock speed of the processor, or the type or amount of RAM, or other enthusiast-oriented specifications are secondary.

But if Apple plans to make the case that its most expensive MacBook Pro laptops are powerful enough to run professional-level apps with its own chips — and the marketing tagline "unleashed" suggests it will — Apple will need to discuss clock speeds and how it compares to other laptops which use Intel, AMD or Qualcomm chips.

Last year, at Apple's November Mac launch where it introduced the Apple M1 chip, it discussed "performance per watt," making the case that it's not the absolute speed that matters, but how power-efficient the chips are. Apple talked about "multi-threaded workloads" and "unified memory architecture" and said that its M1 chip has "16 billion transistors."

Last year, Apple also talked about its chip's "process technology," which is the manufacturing node that its chips are made with — Apple uses TSMC's 5-nanometer technology, which is currently the most advanced in the world.

Chip industry watchers will watch closely to see if Apple claims a performance crown and which stats it uses to make the comparison — whether it compares its new chips to previous Apple chips, or if it compares them to the competition.

Of course, definitive answers won't come until new Apple chips ship in computers and people get them at home and put them through a series of tests, or benchmarks. — Kif Leswing

If you head over to Apple's live stream of the event now, you'll be treated to a trippy hyperspace animation.(It's the same graphic that was on the invitation to Monday's event.)

I'm not cool enough to know any of the music playing on the stream.

Apple can keep its Mac sales momentum going if its new computers with high-end processing power are better for running intense applications like 3D modeling. Customers will also watch closely to see if Apple adds additional ports beyond the USB-C connections on current MacBooks which are used both for charging and attaching peripherals. Apple could choose to re-introduce HDMI ports for connecting the computer to TVs and monitors, and bring back the magnetic charging connector that was dropped from most Apple laptops about 5 years ago.

We'll also find out the name of the new chips and how Apple plans to market them. Last year's chip was called the M1, for example.

The pressure is on

I think there's going to be a lot of extra pressure on Apple to deliver a truly "pro" MacBook.

Apple last did a major MacBook Pro redesign in 2016, and the product line has suffered from a plague of issues and controversies. The busted keyboards. The removal of ports professionals love, like SD memory card and HDMI ports. A touchscreen instead of physical keys on the keyboard. And so on.

Now it's time for a reset. Apple will reverse course on many of its controversial MacBook decisions, according to most credible rumors ahead of Monday's event. Let's see how the pros respond.

But unlike in previous years, Cook does not need to be at Apple's headquarters to get ready for a live show. Monday's launch will be held virtually through a live-stream video on Apple's website and YouTube, and the virtual launch events so far have been pre-recorded.

Apple has not held in-person launch events since the start of the pandemic. — Kif Leswing