For the past six years, energy companies and Maine residents have been in a fierce stand-off over the construction of a 53-mile power line extension that would deliver 1,200 megawatts of renewable hydroelectric power from Canada to Massachusetts, which is enough to power approximately 1.2 million homes.

For two-thirds of the distance, the electricity would follow a transmission line corridor which already exists. But without the 53-mile, 54-foot-wide extension, the $1 billion construction project is a at an impasse.

The power line has already received all of its state and federal permits. But in a state-wide vote in November, Maine voters rejected the project. Now, the constitutionality of that referendum vote is being battled out in court and will be decided this summer, according to Anthony W. Buxton, the lawyer representing the power companies that want to complete the transmission line. If the Maine court system rules that the referendum vote was unconstitutional, then the energy companies involved can continue construction.

Concerned citizens opposing the construction of the transmission line organized together in a group called, "Say NO to NECEC," which is an acronym for the name of the project, the New England Clean Energy Connect. The head of that opposition group is 46 year-old Sandi Howard, an an 8th generation Mainer who lives in the region on her family's property. She is a professor of music at Keene State College and has led commercial whitewater and outdoor adventures for 26 years.

Howard says Mainers don't trust the utility company because, among other reasons, Maine is one of the states suffering the worst increase in outage duration, according to an Associated Press analysis of government data. Also, "Mainers want to protect its environment and way of life," Howard told CNBC. If the power line were to be constructed, "there would be a dramatic impact to Maine's natural resources, scenic character, economic impact to Maine's four-season recreational tourism industry," she said.

Also, she said opponents to the project are concerned about the health of the local ecosystem. For example, "the last stronghold of native brook trout are in western Maine, an area devoid of large scale infrastructure. Clearing the tree canopy for this transmission line will heat the waters in the habitat, which is critical for their survival," Howard told CNBC. 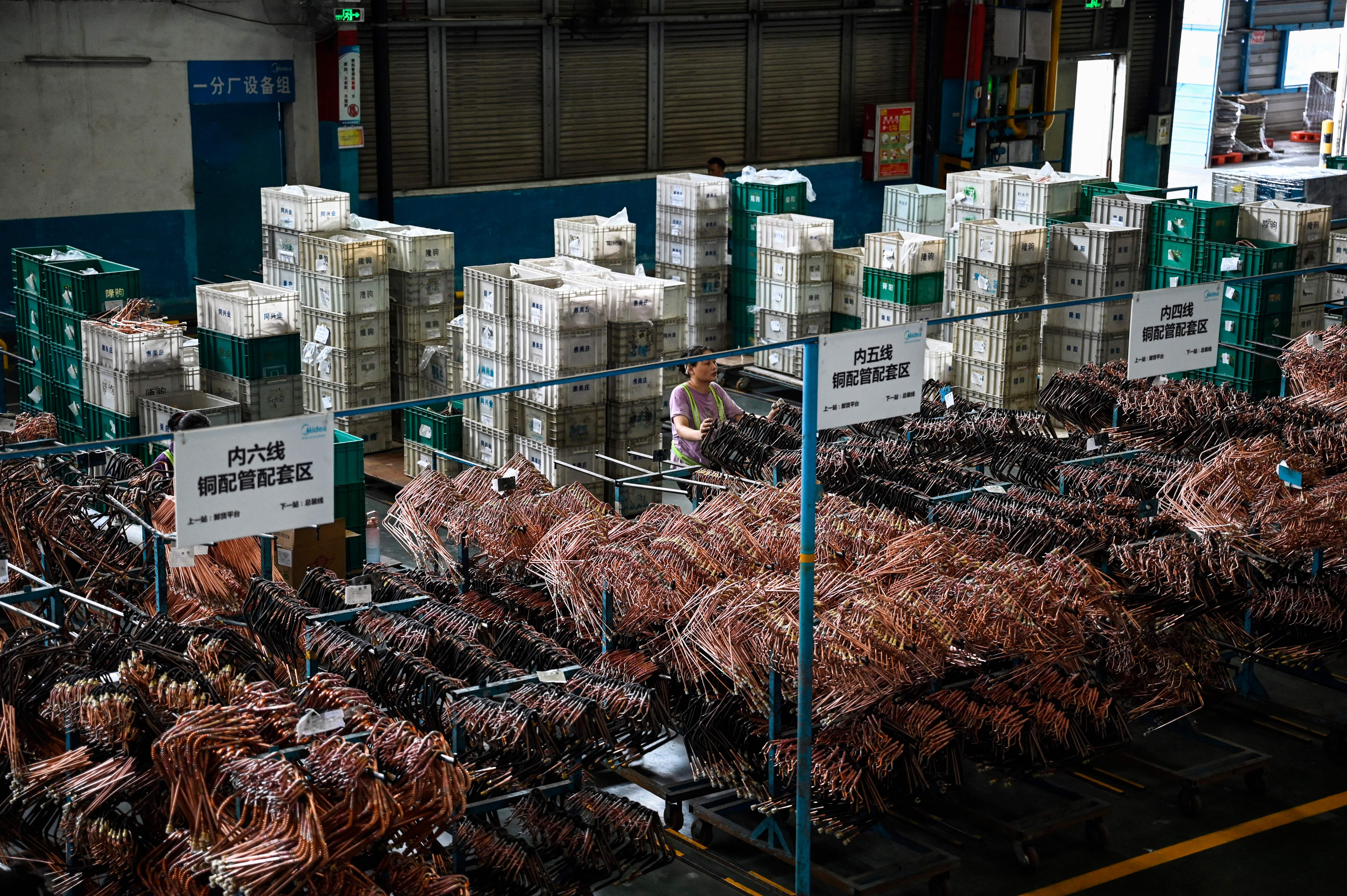 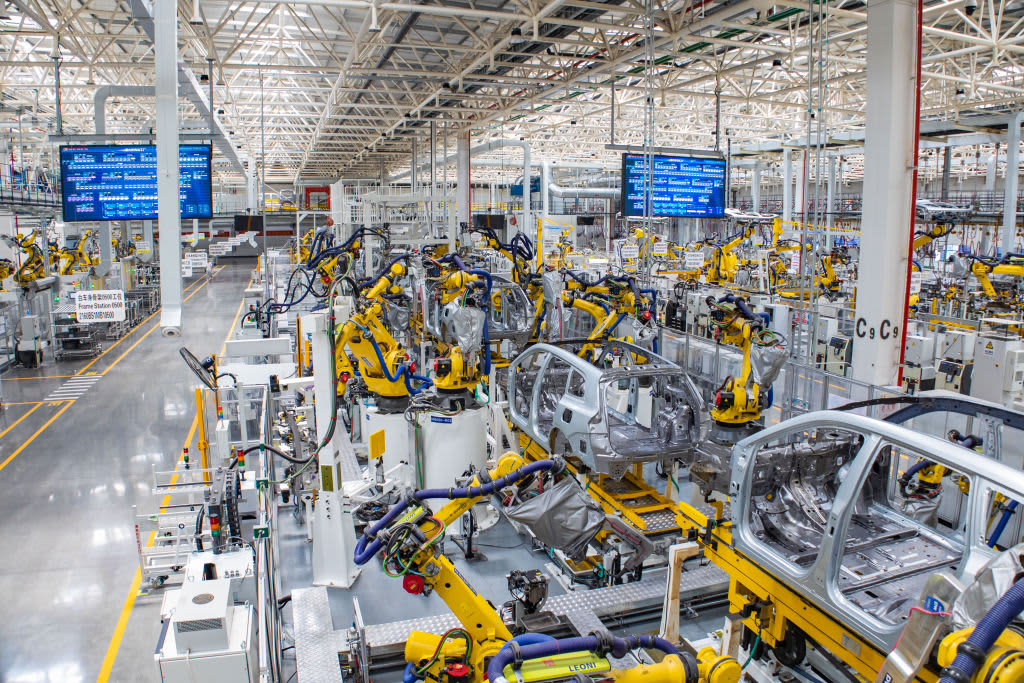 But it's not just citizens like Howard who oppose the construction of the power line. Incumbent energy companies have of business on the line. In Maine alone, power companies have spent collectively $94.5 million lobbying both for and against the extension through investments in political action committees, according to spending data shared with CNBC by the Maine Ethics Commission, an independent state agency responsible for monitoring Maine's campaign finance laws.

"This battle is the Lexington or Concord of the existential war to defeat global warming," Buxton told CNBC. "If fossil fuel interests can block 1,200 megawatts of fully permitted, renewable hydroelectricity to help New England reach zero carbon, our future is hot and bleak."

The existing system of transmission lines is insufficient for the large-scale deployment of clean energy that the country needs to meet its decarbonization goals to combat global warming.

As the battle in Maine exemplifies, however, building transmission lines is a complicated task which can get stuck in fierce local siting battles. A study published in June in the journal Energy Policy found 53 utility-scale wind, solar, and geothermal energy projects that ended up being delayed or blocked between 2008 and 2021 due local opposition. Those projects represent approximately 9,586 megawatts of potential energy generation capacity.

Improving transmission line infrastructure in the US would "unlock" the capacity the United States has for deploying renewable power says Jim Robb, president of the North American Electric Reliability Corporation, a not-for-profit regulatory organization that oversees the reliability of the electric grid.

Building transmission lines is more important for distributing renewable energy than it is for using fossil fuels because with coal, natural gas or nuclear baseload energy, the source of energy can be moved to where it is needed.

"With renewables, you can't do that," Robb said. "You've got to generate power where the sun is shining and where the wind is blowing." Insufficient transmission lines have become a major "bottleneck" in deploying renewable resources, Robb told CNBC.

Last year, 386 miles of transmission were built in the U.S., according to the 2021 Clean Power Annual Market Report, published by the renewable energy industry association, American Clean Power.

There are companies working to scale up and commercialize long-duration energy storage in the form of batteries, but even there, said Robb, you need transmission lines to get the renewable energy to the battery to store it.

"A battery is basically a time machine. It takes power generated at one point in time and allows you to use it at another point in time," Robb said. If there were long-duration batteries at scale, it would be "a complete game changer for the electric grid," but to charge those batteries with a clean, decarbonized energy grid, the renewable energy still has to be transported from where it is generated to where it would be stored. "Batteries don't obviate the need for transmission, but they are a very powerful complement."

Why it's so hard to build

In the United States, a single municipality and even, according to some state's law, a single landowner, can block the construction of a transmission line, Richard J. Pierce Jr., a law professor at George Washington University, told CNBC.

Congress needs to act to give a federal agency, either the Department of Energy or the Federal Energy Regulatory Commission (FERC), authority to site transmission lines. "They could pass a statute that's about one page long," Pierce told CNBC in a phone conversation at the end of May. "This is not hard to accomplish if you've got the political will."

Pierce knows that there will be opposition to such a federal authority, to which he says: Too bad.

On June 16, FERC issued issued a first step — technically called a "notice of proposed rulemaking" — that it aims to amend laws making it easier to connect sources of electricity to the grid. The proposed changes include allowing utility generators to conduct required preliminary studies for multiple generation facilities at once instead of a separate report for each facility, enforce penalties for stakeholders missing deadlines in application processes, among other proposals.

These proposed changes will help make it faster and easier for transmission lines to be approved where the energy source is relatively close to the electric grid, but, "it does nothing to address the much bigger problem of states and localities that delay or block completely the transmission lines that are essential to allow the large sources of solar, wind, and hydro that are located some significant distance from the grid to reach the major markets," Pierce told CNBC.

To spur grid expansion, the federal government should consider a tax credit for large scale transmission investment in current budget reconciliation policy discussions and the FERC proposed rule for expansion, he said.

Also, Gramlich sees a potential path forward in upgrading existing transmission lines. There, you don't have the siting battles. "Reconstructing or replacing the old lines with new lines is a is a major opportunity," he told CNBC. "There's very little public opposition to transmission over existing corridors."

Another potential avenue for building transmission lines where there would be potentially less local opposition is placing them over interstate highways. "I personally love transmission over highways," Gramlich said. "It's great. It's an existing corridor. People aren't so concerned about the view shed," an industry term for the fact that people don't like to look at transmission lines.

There's also the possibility of putting transmission lines underground, which, "is much more economic today than it used to be," Gramlich said. But it's still expensive, as much as ten-fold the cost, depending on the terrain you are trying to go through, according to Robb of NERC. In some cases, for example, putting a transmission line means blasting through granite. So, while "that's a viable thing to do, it's a very expensive thing to do," according to Robb.

As much of a "linchpin" transmission line infrastructure is to meeting climate goals, it's an uphill battle, says Steve Cicala, an economics professor at Tufts University who studies energy and environmental economics, "because of all of the entrenched interests, who would very much like to keep it the dysfunctional mess that it currently is."

The electric grid in the United States was stood up as a patchwork network of local energy companies that were each monopolies in their own region, Cicala told CNBC. "And the problem is that the regulatory structure hasn't caught up to recognize that we now live in a different time," he said.

That, combined with people not wanting to see transmission lines in their backyard, has backed stakeholders into their retrenched corner. "At the end of the day, good old fashioned incumbent interests looking to protect their bottom line, the privileged positions that they have in the market, Really pour gasoline and supercharge NIMBY-ism," Cicala said. "Someone really needs to bring these incumbent interests to heel."

That will have to come from the federal level. "The states are just, by and large, hopelessly captured by the local utility interests," Cicala said. "Most places, state governments are pretty small potatoes. And utilities are really big, heavily capitalized — even if they're operating locally — they're major corporations. And, most states just don't have the capacity to engage."