Newly formed “strike teams” of state inspectors contacted thousands of California businesses over the long Independence Day weekend but issued citations to a relative few as they enforced coronavirus restrictions amid a resurging pandemic.

“There were only a handful of citations because the overwhelming majority of people were doing the right thing,” he said. “Even if people were out of compliance, the engagement got people back into compliance very quickly.” 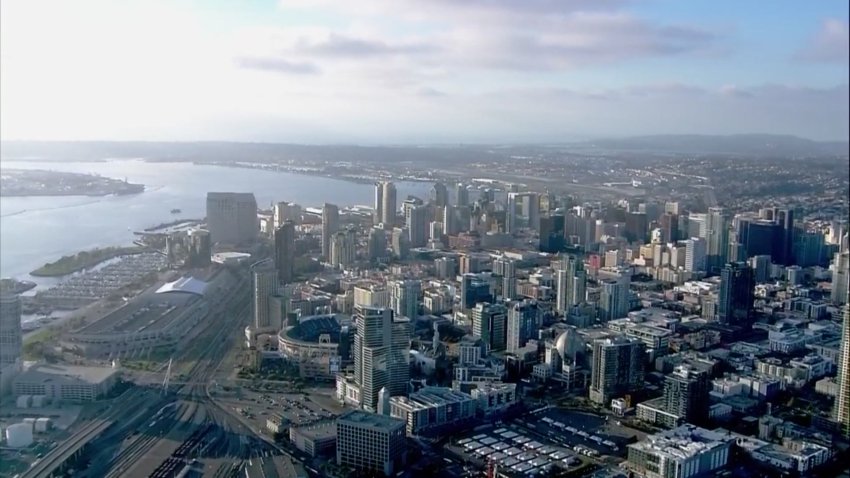 Ten agencies that make up the strike teams Newsom formed last week together contacted 483,000 businesses. Officials previously said that they sent letters Thursday to every employer, or about 350,000 businesses, warning that they could face fines or potential criminal prosecution if they failed to implement a new statewide requirement to wear face coverings.

Additionally, inspectors with the Department of Alcoholic Beverage Control made nearly 6,000 in-person visits to bars and restaurants, officials said, while the Board of Barbering & Cosmetology had inspectors contacted 344 beauty and barber shops and provided them with safety checklists.

“That’s the spirit to which we are engaging in this level of enforcement. It’s to modify, it’s to fix problems, it’s not to penalize businesses that are struggling already,” Newsom said. “But those that simply could not modify or are unwilling, absolutely they need to be held to some account, and that’s what those citations represented.”

Newsom formed the teams after some local officials openly said they would not enforce new shutdown orders or the statewide mask rule as virus cases increase.

About 200 inspectors were in the field, about half from Alcohol Beverage Control and the rest from the Division of Occupational Safety and Health, known as CalOSHA, and other state licensing entities, said Brian Ferguson, a spokesman for California’s Office of Emergency Services.

They are concentrating on counties with the most restrictions. Newsom last week ordered bars, indoor restaurant dining areas and museums and other indoor areas to close for at least three weeks in 23 of 58 counties, including the two most populous, Los Angeles and San Diego.

The department said the restaurants did not have the state’s permission to open, but Constantine objected that they were allowed to seat diners outdoors. Inspectors did not cite anyone, but they were “heavy-handed” and did not explain how the restaurants were breaking state rules, he said.

Newsom sent a letter Friday urging local police and sheriffs to enforce the state health orders. He again on Monday warned local elected officials that they risk losing out on $2.5 billion in state funding if they refuse to ensure compliance.

A watchdog group said CalOSHA’s inspection efforts were hindered by a growing number of vacancies even before Newsom assigned them the new strike team duties.

Public Employees for Environmental Responsibility said last week that there was a 21% vacancy rate among inspectors at the workplace safety and health agency, slightly worse than in January. That meant about one inspector for about every 99,000 workers, by the group’s calculations, well short of the ratios in Oregon and Washington where it said there was one inspector for about every 25,000 workers.

The problem was worsened because there were no field inspections during the statewide stay-at-home order from mid-March until mid-May, and the group said only about 50 of the 193 inspectors are back in the field. PEER said agency employees reported a backlog of more than 3,000 worker complaints of poor working conditions and an additional delay in investigating worker deaths or serious injuries.

Officials with CalOSHA and the California Labor and Workforce Development Agency, which oversees CalOSHA, did not respond to repeated requests for comment.

Other agencies in the task forces are the California Highway Patrol; Business Oversight; Consumer Affairs; Food and Agriculture; Labor Commissioner’s Office; and the Governor’s Office of Business and Economic Development.