Caldor Fire in Sierra Nevada Explodes to More Than 53,000 Acres

Northern California wildfires that incinerated two mountain communities continued marching through the Sierra Nevada on Wednesday while a utility purposely blacked out as many as 51,000 customers to prevent new blazes.

Two weeks after the Dixie Fire destroyed most of the Gold Rush-era town of Greenville, the Caldor Fire more than 100 miles southeast exploded through tinder-dry trees and ravaged Grizzly Flats, a forest community of around 1,200 people.

Fire officials estimated that at least 50 homes had burned in the area since the Caldor Fire erupted Saturday and two people were hospitalized with serious injuries.

“We know this fire has done things that nobody could have predicted, but that’s how firefighting has been in the state this year,” El Dorado National Forest Supervisor Chief Jeff Marsolais said at a briefing.

Both fires grew by tens of thousands of acres from Monday afternoon through Tuesday, torching trees and burning up brush left tinder-dry by high temperatures, low humidity and drought. Afternoon gusts drove the flames. 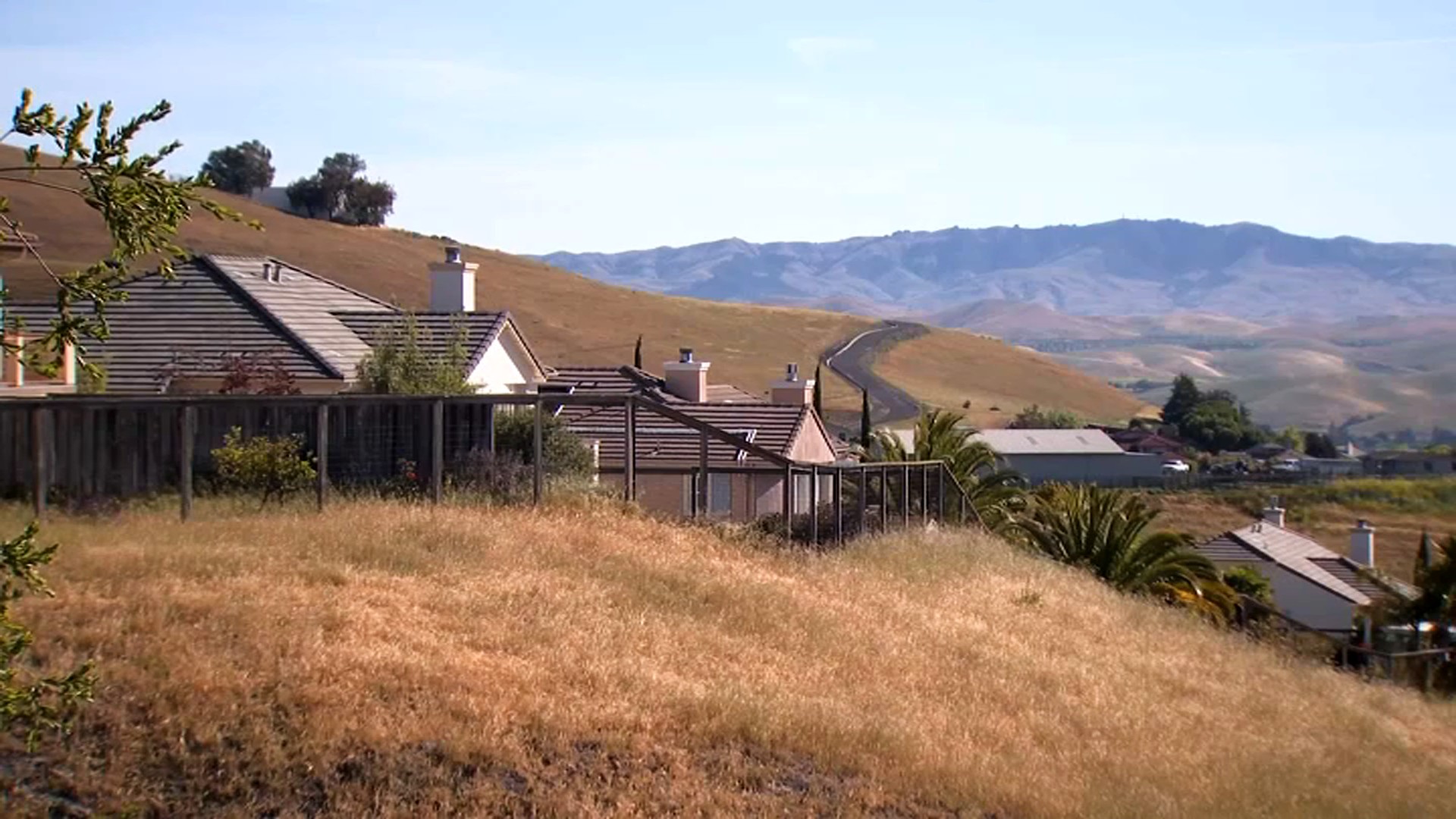 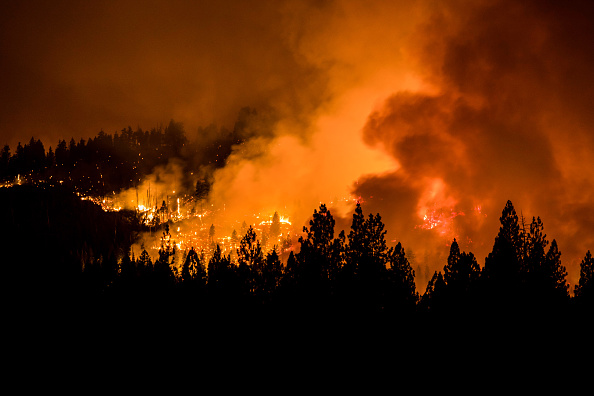 85% of Biggest Wildfires Happened Since 2000 & How Weather Patterns Contributed

Few homes were left standing in Grizzly Flats, where streets were littered with downed power lines and poles. Houses were reduced to smoldering ash and twisted metal with only chimneys rising above the ruins. A post office and elementary school were also destroyed.

Hulks of gutted vehicles were among the ruins and the skeletons of chairs stood in rows among the ashes of a church.

Derek Shaves, who had evacuated late Monday, said he visited the town Tuesday and saw his home and most of the houses in his neighborhood had been destroyed.

“It’s a pile of ash,” he said. “Everybody on my block is a pile of ash and every block that I visited — but for five separate homes that were safe — was totally devastated.”

Pollock Pines, a town of about 7,000, was included in a wide area added to evacuation orders late Tuesday as the fire covered nearly 36 square miles (93 square kilometers).

At the Dixie Fire, numerous resources were put into the Susanville area, a city of about 18,000 a few miles from the northeastern edge of the blaze. Residents were warned to be ready to evacuate and new evacuations were ordered Tuesday for the month-old blaze, which was only a third surrounded after growing to nearly 980 square miles (2,538 square kilometers).

Late Tuesday, Pacific Gas & Electric began shutting off power to as many as 51,000 customers in 18 Northern California counties to prevent wildfires for the first time since last year’s historically bad fire season.

The utility said the shutoffs were focused in the Sierra Nevada foothills, the North Coast, the North Valley and the North Bay mountains and could last into Wednesday afternoon.

The nation’s largest utility announced the blackouts as a precaution to prevent gusts from damaging power lines and sparking blazes.

NBC Bay Area's Joe Rosato Jr. explains how a group forged in the 2017 Tubbs Fire is helping communities rise from the ashes of the Dixie Fire.

PG&E has notified utility regulators that the Dixie fire may have been caused by trees falling into its power lines. The Dixie Fire began near the town of Paradise, which was devastated by a 2018 wildfire ignited by PG&E equipment during strong winds. Eighty-five people died.

The Dixie Fire is the largest of nearly 100 major wildfires burning across a dozen Western states, including Alaska. The wildfires, in large part, have been fueled by high temperatures, strong winds and dry weather.

Climate change has made the U.S. West warmer and drier in the past 30 years and will continue to make the weather more extreme and wildfires more destructive, according to scientists.