Britain became the first country to authorize AstraZeneca’s inexpensive, easy-to-handle COVID-19 vaccine Wednesday, gaining another weapon against the virus amid a resurgence so severe that the government extended lockdowns to three-quarters of England’s population.

The country also changed course by deciding to dispense the first dose of its vaccines to as many people as possible right away, to give them at least some protection. Until now, authorities have been holding large amounts of vaccine in reserve, to make sure those who receive the first dose get the required second one on time.

The vaccine developed by the drugmaker and Oxford University could hold great appeal in less developed parts of the world because of its low cost and the fact that it can be kept in refrigerators rather than at the ultra-cold or freezer temperatures some other vaccines require. 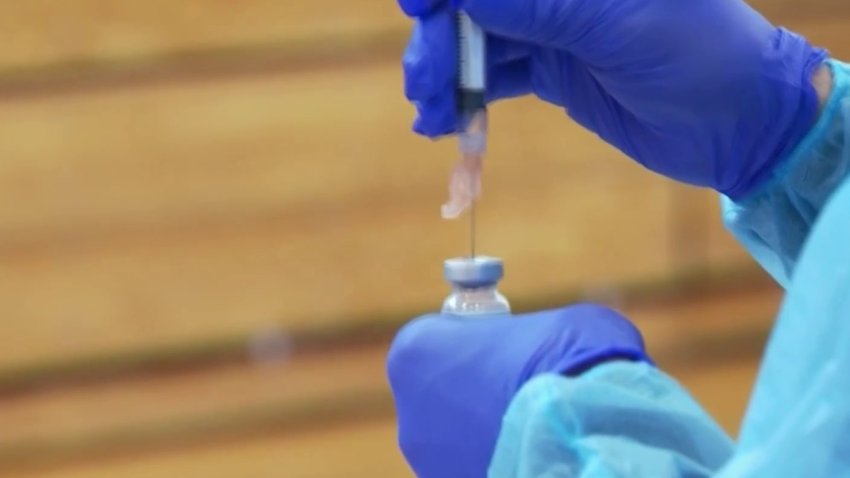 California vs. Texas: Which State Has the Right Reopening Approach?

“This wonderful news brings renewed hope at a time of rising infections and unprecedented pressure on health services in the U.K. and beyond. It is now critical that this hope can be shared by all nations," said Anna Marriot, health policy manager at the Oxfam aid agency.

Prime Minister Boris Johnson hailed the “fantastic achievement for British science, which will allow us to vaccinate more people and also vaccinate them more quickly.”

The change in British policy on administering the shots drove home concerns about a new, potentially more contagious variant that authorities blame for rising hospitalizations in the United Kingdom. The new variant has been found in several countries, including the U.S.

Because infections are spreading so rapidly in the U.K., officials are now recommending prioritizing delivering a first dose to as many people as possible for both of the vaccines authorized for use in the country: the AstraZeneca shot and another from Pfizer-BioNTech. Authorities say both protect people even after just one of the two recommended doses — and that increasing the time between doses might even have a benefit.

The U.K.’s chief medical officers say the second dose may be important for longer-term protection, but one official said that the country urgently needed “rapid and high levels of vaccine uptake.”

Hundreds of thousands of people in the U.K. have already received at least one shot of the Pfizer-BioNTech vaccine. British Health Secretary Matt Hancock said the rollout of the AstraZeneca one will start Jan. 4. The government says everyone will get a second shot within 12 weeks of the first.

AstraZeneca noted that a pause of between four and 12 weeks between doses has been shown to be effective in trials.

“The immune response data show that as you have a longer gap between the two doses, you do see higher immune responses,” Oxford University’s Dr. Andrew Pollard, one of the leaders of the vaccine development team, told The Associated Press. “That’s not a surprise. That’s what we see with many vaccines.”

Pfizer responded to the new policy by saying that any “alternative” dosing regimens should be tracked by health authorities. It noted that two doses are needed for “maximum protection” against the disease, and that it has no data that shows protection from just one dose lasts longer than 21 days. The vaccine was tested with two doses, three weeks apart.

The Medicines and Healthcare Products Regulatory Agency, which recommended the AstraZeneca vaccine for emergency use, did not endorse one vaccine over the other. And it updated its guidance on the Pfizer vaccine, saying it could be given to pregnant and breastfeeding women. The agency added that only people with an allergy to its ingredients should avoid it, rather than people with severe allergies to food, vaccines and medicines in general.

Independent experts welcomed the decision to spread out shots. The move comes as the number of hospitalized COVID-19 patients in the U.K. has surpassed the first peak of the outbreak in the spring.

“It is a life saver,” Peter Openshaw, professor of experimental medicine at Imperial College London, said in a phone interview.

Britain has recorded more than 71,000 confirmed coronavirus deaths, the second-highest death toll in Europe after Italy, and reported a record number of new confirmed cases Tuesday. In an effort to slow the spread, the British government on Wednesday extended its toughest coronavirus restrictionsto more than three-quarters of England’s population.

Experts believe the vaccines already authorized will work against the new variant, but they are continuing to study that.

Beyond Britain, there are hopes the AstraZeneca shot, which Pollard has called a “vaccine for the world,” will offer a path out of the pandemic.

The ultra-cold or freezer temperature storage required by other vaccines is “very impractical” in developing countries, said Dr. Gillies O’Bryan-Tear, chair of policy and communications for Britain’s Faculty of Pharmaceutical Medicine. The AstraZeneca one “may reach more parts of the world than the Pfizer one,” he said.

Partial results from studies in almost 24,000 people in Britain, Brazil and South Africa suggest the AstraZeneca shots are safe and about 70% effective for preventing illness from coronavirus infection.

Questions also remain about how well the vaccine protects older people. Only 12% of study participants were over 55 and they were enrolled later, so there has not been enough time to see whether they develop infections at a lower rate than those not given the vaccine.

Britain’s action likely means the World Health Organization could soon clear the AstraZeneca vaccine for use in a global effort to help poor countries, called COVAX. The initiative has secured access to at least 100 million doses of the vaccine, with options and other deals to buy more. But none can be distributed until greenlighted by WHO.

The U.N. health agency does not license or regulate vaccines itself, but typically evaluates vaccines once they have been approved by a regulator such as the U.K.'s. WHO experts can then recommend that the shots to be “pre-qualified” so they can be bought by donors for developing countries.

The European Medicines Agency said it is still assessing the AstraZeneca vaccine and has asked the company for more information on its quality, safety and effectiveness. That means approval for the 27-nation bloc is likely still a way off.

Likewise in the U.S., health officials are reviewing the AstraZeneca vaccine, and the chief scientist for the White House’s Operation Warp Speed said it may not be available for several months.

Asked about Britain's decision to change the way the shots are administered, Dr. Moncef Slaoui also said he would advise against using vaccines now available in the U.S. in a way different than they were studied.

In addition to the Serum Institute, AstraZeneca has deals with vaccine makers in Brazil, South Africa and China.

In the U.K., Openshaw cautioned, any return to normalcy could still be months away.

“We’re still not going to be anything like covering the population in a way that induces this famous herd immunity anytime within the next, say, three months,” he told the AP.