A dry beginning of the year has left most of California abnormally parched and officials are bracing for the possibility of an early and more intense wildfire season amid record-breaking temperatures.

Drought has expanded from just under 10% last week to nearly a quarter of the state, mainly in central California, the heart of the state’s agricultural sector, according to a U.S. Drought Monitor map made public Thursday. The map released weekly shows 70% of the state is now abnormally dry.

This month is shaping up to be the driest February on record for much of the state. Chances of light showers are on the horizon Saturday night but not again until March 10. 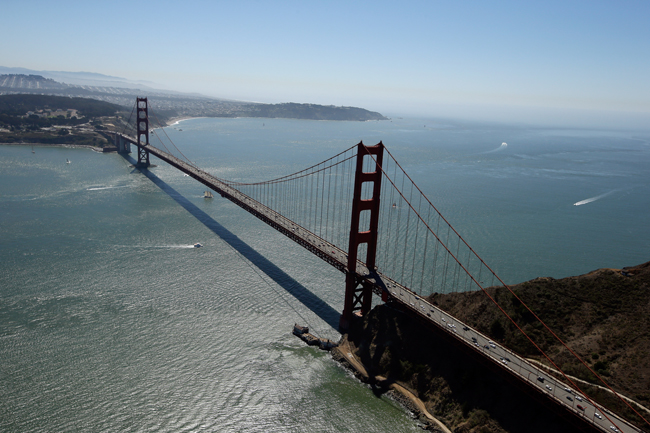 How Dismal Is California's Snowpack? These Photos Tell a Grim Story

Sierra Littlefield, a National Weather Service meteorologist in Sacramento, said there is a strong chance the state’s capital will see a completely dry February — something that has not happened in recorded history.

Downtown San Francisco is on its way to its first rain-free February since 1864, according to the weather service.

The lack of rain this year comes after a wet 2019 that capped mountains with snow, delivering water to reservoirs and helping to boost lush vegetation that can quickly turn into fuel for wildfires during dry, windy conditions.

About 75% of California’s annual precipitation typically occurs from December through February, mostly from what’s known as atmospheric rivers — long plumes of moisture originating far out in the Pacific Ocean.

But a high-pressure system parked in the Pacific has blocked storms from reaching California and instead steered them to the Pacific Northwest.

“California and parts of the Southwest dried out while the Northwest observed surplus precipitation,” wrote NOAA meteorologist David Miskus, who issued this week’s Drought Monitor report.

A similar high-pressure system led to a statewide drought from 2011 to 2017 that prompted then-Gov. Jerry Brown to order California’s nearly 40 million people to cut water use by 25% — the first mandate of its kind in the state.

Californians heeded the call, taking shorter showers and ripping out their lawns during the five-year drought.

State water officials said it’s too early to consider conservation measures and pointed out reservoirs statewide are either at or above their historical averages for this time of year.

“A few dry months really doesn’t make a drought,” said Chris Orrock, spokesman for the Department of Water Resources. “If we have to go through two dry years, then we start looking at what additional conservation measures we need.”

It has been a dry February after a dry January and there’s no rain in sight. Now, the word “drought” is popping up in conversations. However, experts say there’s no need to be alarmed. Damian Trujillo reports.

In another sign of California’s dry conditions, state officials on Thursday conducted a survey of the Sierra Nevada snowpack and found it was 47% of the March average at the Sierra’s Phillips Station.

The first reading on Jan. 2, found the snowpack was 97% of the January average. But dry conditions since then have hurt the snowpack, which supplies about 30% of California’s water.

“February rain and snow were quite disappointing,” said Sean de Guzman, chief of the department’s snow surveys and water supply forecasting section. “We’ll most likely end this water year below average. We just don’t know how far below.“

State firefighters have responded to 280 small wildfires since the beginning of the year. In the same period last year, there were just 85 reported fires, said Scott McLean, a spokesman with the California Department of Forestry and Fire Protection.

Earlier this month, the Forest Service battled a blaze at the 4,000-foot level, where there should be snow at this time of year, McLean said.

McLean said California is prepared with aircraft and firefighters ready to be deployed if needed, and officials have been implementing fire mitigation programs.