The COVID-19 outbreak this month at Gateway Care and Rehab Center in Hayward has apparently spread to a nearby facility, NBC Bay Area’s Investigative Unit has learned, leaving county health officials scrambling to limit the spread of the contagion.

On Wednesday, the Alameda County District Attorney’s office confirmed it has opened a criminal probe into the Gateway outbreak, which has claimed 13 lives and sickened more than 65 staff and residents. Meanwhile, a similar nursing home nearby, the Windsor Post-Acute Care Center in Hayward, now has at least 17 cases: seven patients and 10 staff.

“We know already that the way the virus gets in these facilities is by health care workers,” said Mike Dark, a nursing home reform advocate and attorney. Dark says the proximity of the two facilities alone suggests some staff worked at both and fueled the spread.

“The question is what to do about it,” Dark says. “One thing that could be done is to make it humanly possible for a health care worker to actually to make enough money not to have to work at multiple facilities at the same time -- at least during the course of this pandemic.”

But for now, the county’s chief public health officer this week opted to urge care centers to avoid sharing workers and ordered that all the facilities track where their employees work.

Windsor Post-Acute has had staffing shortages in the past, state inspection documents show, having recently applied for a waiver from state regulation requiring it to staff up.  The facility has also had trouble meeting regulations aimed at preventing the spread of infectious disease. 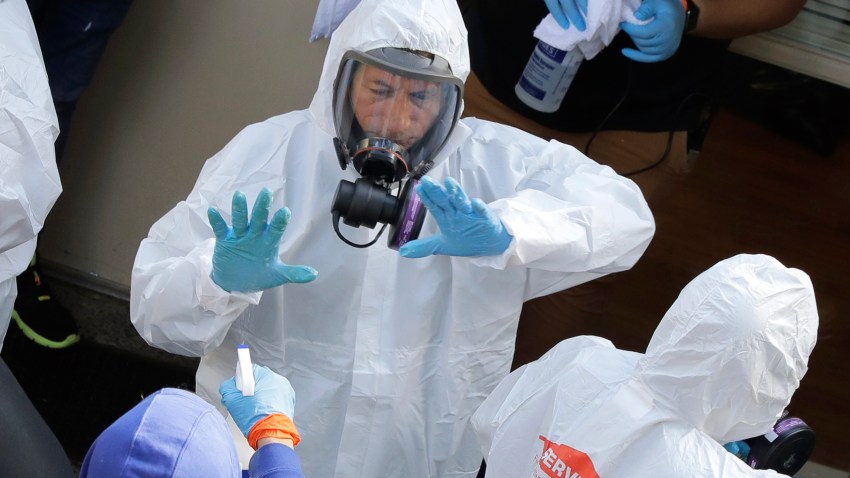 The year before, state regulators observed a nurse failing to follow hand washing rules to avoid infections, and in 2017, a nurse re-used a potentially contaminated blood pressure cuff without sanitizing it.

The head of California Advocates for Nursing Home Reform, Pat McGinnis, says that half of the state’s nursing homes have similar violations over the last two years.

“A lot of them were what they considered minor at the time – not wearing gloves -- that which today, could basically kill somebody. That’s how the virus is spread. If you don’t have adequate infection control and prevention, that’s going to happen.”

Windsor officials have not responded to repeated requests for comment.