Richmond police are investigating an alleged attack on a special needs student on a school bus.

Investigators believe an intoxicated and angry father went after the Richmond fifth grader because he thought the boy had been bullying his son.

Wilson Elementary School principal Kim Moses said that the father managed to get onto the bus because the bus driver let him.

The special education school bus was on Carlson Boulevard when it stopped at a house to pick up an eight-year-old student. That’s when the boy’s father, Burnis Hurd, got on board and started yelling, police said.

“[He was] yelling and screaming at all the students accusing them of bullying his son and focused on one student. He picked him up and hit him against the side of the school bus,” said Capt. Mark Gagan of the Richmond Police Department.

Police said the 11-year-old boy suffered a minor scratch to his cheek. 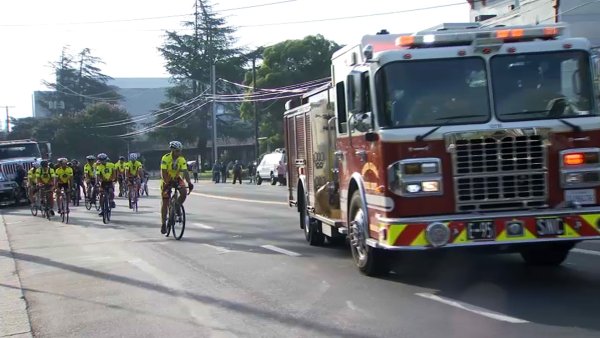 Moses said that the boy was frightened more than injured

“He was emotional – he appeared to be really upset,” she said.

The school bus driver managed to get Hurd off the bus. Hurd is currently in jail and his bail has been set at $50,000.

The suspect’s mother, Janelle Hurd, told NBC Bay Area that her son is currently locked up on a felony charge of child abuse.

She added that her 8-year-old grandson had come home complaining about being picked on.

“He was saying, you know, that the kids were bullying him,” she said. Hurd said her son worked as a truck driver at a scrap yard in Richmond.

Parents at Wilson Elementary School asked how Hurd had been able to ride on the bus with the students.

Moses said the bus driver filed a report but failed to tell the school what had happened. She said the bus company has assured her the driver won’t be carrying students from Wilson Elementary in the future.

The district superintendent called the incident “shocking” and will call on the school board Monday to review their safety policies.