Prosecutors said that 61-year-old Syed Abid Muzaffar, of Union City, struck Sophia Liu with his car around 8 p.m. on Dec. 31, 2013, at Polk and Ellis streets.

Muzaffar, driving a Honda Pilot while working for the ride-hailing service Uber, struck Sophia as she walked with her mother and 3-year-old brother, who was in a stroller, in the crosswalk. The family members were injured in the collision, with her mother suffering a major injury; however, they survived. 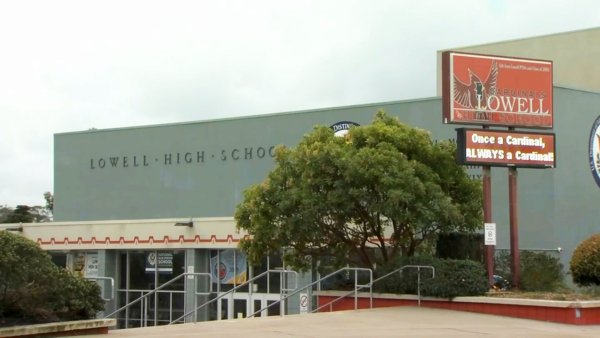 According to prosecutors, after striking Sophia, Muzaffar reversed and backed over her body.

Following Sophia's death, Uber officials said that Muzaffar was not responding to a fare at the time of the collision and did not have a passenger in the car. Uber deactivated his account afterward.

During the trial, Muzaffar's defense attorney Sliman Nawabi argued that the fatal collision did not occur as a result of distracted driving and that Muzaffar made a legal right turn from Ellis Street onto Polk Street on a green light.

Muzaffar, however, was unable to see Sophia and her family, however, due to the A-pillar in his vehicle, which connects the windshield and passenger windows, creating a blindspot, Nawabi argued.

"The blind spot was present up until a certain spot. He braked but it was too late," Nawabi said Wednesday.

There were no records that showed he was on his phone at the time of the collision, according to Nawabi.

Muzaffar, a father of four, was working on New Year's Eve for Uber in order to provide for his family, Nawabi said.

"He recognizes the pain that Sophia's family has gone through, and he's always recognized it. At the same time, I think it's fair to say that he was disappointed (with the verdict). Our position was that this was an accident."

Muzaffar had been out of custody during the trial.

He's set to return to court for sentencing on Sept. 25.

"We have a responsibility to each other when we get behind the wheel," District Attorney George Gascon said in a statement. "It's imperative that we all slow down and remain completely alert when operating a vehicle. Far too much is at risk, and our city is more congested than ever."

"This family had their lives turned upside down," Assistant District Attorney Thomas Ostly said in a statement. "San Francisco's first responders came together that night to try and save this little girl, and many of them remain profoundly affected by Sophia's death."

On behalf of Sophia's family, attorney Christopher Dolan filed a wrongful death lawsuit seeking damages from both Uber and Muzaffar. The suit, which was eventually settled for an undisclosed amount in 2015, alleged he was viewing or interacting with his smartphone app for the company when the collision occurred.

According to Dolan, the suit was the first-ever wrongful death suit against Uber.

As a result, Uber changed its policies to expand insurance coverage for crashes caused by Uber drivers even if there is no passenger in the car when the crash occurs, as long as the driver is logged into the company's app and available to accept rides, Dolan said.

In a statement, Sophia's mother, Huan Hua Kuan said, "He did the crime. I'm glad the jury held him responsible and that justice will be done. I miss my daughter every day and nothing will bring her back."