The governor also projected $643 million in revenue from pot sales in the first full fiscal year, less than the $1 billion from earlier estimates.

California is projecting one of its largest budget surpluses in years, but Democratic Gov. Jerry Brown on Wednesday proposed spending almost none of it, sticking with his traditionally restrained approach in his final budget.

Brown, who leaves office after this year's election, projects California will have $6.1 billion in extra cash. He proposed just $300 million in new spending next year with the rest going to reserves, including maxing out the state's Rainy Day Fund.

Brown used his annual budget address to warn, as he often does, that a recession will eventually occur and will inevitably lead to a severe drop in revenue. Saving money now will protect teachers' jobs and tamp down on college tuition hikes down the road, he said.

"What we can talk about is spending now and cutting later, or filling the reserves and continuing our spending right along," Brown said. "This is about steady as you go, or exuberance followed by regret and pain."

Brown's $131.7 billion general fund budget does not reflect last year's federal tax changes out of Washington, which are expected to hit taxpayers in high-tax states like California the hardest. Brown had to finalize his budget in December, before the tax law was approved by Congress. But he can account for those changes when he submits budget revisions in May.

Brown said he's open to a proposal by Senate President Pro Tem Kevin de Leon that would change how Californians pay their state taxes to account for changes in federal law. The plan had its first hearing Wednesday.

Brown must sign a budget by June 30, giving him and lawmakers about five months to negotiate on spending priorities. 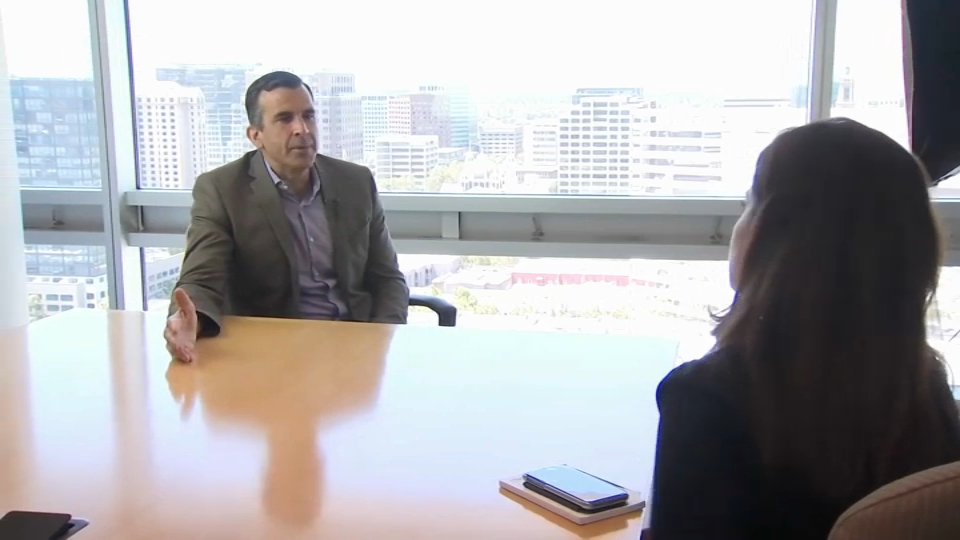 Democratic Assemblyman Phil Ting, chairman of the budget committee, said he's pleased to see Brown put money in reserves and toward a K-12 education program aimed at boosting aid to schools with the most needy children.

But he sees Brown's plan as a starting point, and is hoping for further discussion on topics like health care. Ting last month proposed $4.3 billion in new spending, including health care for immigrants living in the state illegally and to expand a tax credit for the working poor.

"Just like our blueprint is the beginning of a discussion, his is as well," Ting told reporters.

Republicans said the budget surplus shows Californians pay too much in taxes. Assemblyman Tom Lackey of Palmdale said it makes no sense that the state just raised gas and car taxes on drivers by $5 billion per year.

"In a perfect world, the surplus would be returned to taxpayers," added Assemblyman Jay Obernolte of Hesperia, the top Republican on the Assembly budget committee. In the alternative, both Republicans supported beefing up the state's reserve and limiting additional spending to one-time costs.

Among the few new spending initiatives in Brown's plan, he proposes creating an online community college at a cost of $120 million, most of it for one-time startup costs.

His $12 billion spending plan for the state's prison and parole system includes money to train ex-felons to become firefighters.

Brown's budget plan would also spend an additional $59 million in bonds and special funds, which are revenue sources dedicated to specific purposes, including taxes from marijuana sales that began Jan. 1.

The governor projected $643 million in revenue from pot sales in the first full fiscal year, less than the $1 billion from earlier estimates. He and the Legislature have little discretion in allocating money, which must follow parameters set by voters.

The budget includes $1.2 billion in new funding from a hike in gas taxes and vehicle registration fees approved last year. Republicans are looking to ask voters to overturn the tax hike but Brown said he's not concerned.

Brown's proposal comes as California wages a multi-front battle with Republican President Donald Trump that has, so far, had little impact on the state's finances. California's tax collections over the past six months are billions above projections.

Last year, Brown signed a $125 billion budget that boosted payments for Medi-Cal doctors and dentists who provide care for the poor and increased funding for education and social services.

Brown has generally shied away from new, ongoing spending that he says the state can't afford to sustain, preferring to use much higher revenue for one-time expenses like new state buildings or paying down debts for the pensions and health benefits of retired state workers.

Brown has focused much of his second stint as governor on stabilizing the state's long-term budgeting during a period of fiscal prosperity. Taking the reins as the state clawed out of the devastating Great Recession, he backed ballot initiatives that raised taxes on the wealthy and forced the state to save money and pay down debts.

He's presided over a stark turnaround in California's fiscal fortunes. The state's budget has grown 45 percent since 2011, when he took office facing a $25 billion deficit.