Bay Area Homelessness Worsens, But It Could Have Been Worse

Nearly 37,000 people are homeless in the Bay Area excluding Solano County, which will not release their numbers until the summer

Bay Area homelessness is worse than it was three years ago, though state and local efforts kept many more residents from becoming homeless, according to data and leaders working to end the crisis.

The latest point-in-time counts released this week by eight Bay Area counties and compiled by Bay City News, show thousands more people without housing. Leaders addressing the crisis said it could have been much worse because of the pandemic.

Nearly 37,000 people are homeless in the Bay Area excluding Solano County, which will not release their numbers until the summer.

The latest total is up from about 33,900 three years ago and 27,000 five years ago. "This could have been much worse," said Tomiquia Moss, founder and CEO of All Home, a group working to end homelessness and housing insecurity for people with extremely low incomes, in an interview Thursday.

Additional housing and rental assistance, among other interventions, "staved off a catastrophic challenge," Moss said.

Alameda County's homeless population jumped 22 percent in the past three years, but it was growing at 20 percent per year on average before the pandemic.

In the county, new emergency housing investments such as Project Roomkey and Project Homekey, emergency housing vouchers, emergency rental assistance and policies such as eviction moratoriums kept homelessness from being worse, said Chelsea Andrews, executive director of EveryOne Home, a nonprofit that conducted the county's point-in-time count in February and works to end homelessness.

She complimented county and local agencies for the amazing work they did during the pandemic.

"But we are still in a crisis," Andrews said.

To help end the crisis, Alameda County recently released a roadmap called the Home Together plan for ending homelessness in the county, Andrews said.

The county and a majority of the cities in the county have adopted the plan "and will work together to prioritize resources and policies needed to end homelessness," Andrews said. "We are also actively seeking corporate and philanthropic partnerships and support to address this crisis."

The situation was not as grim in San Francisco and Santa Clara County, hot spots for homelessness. 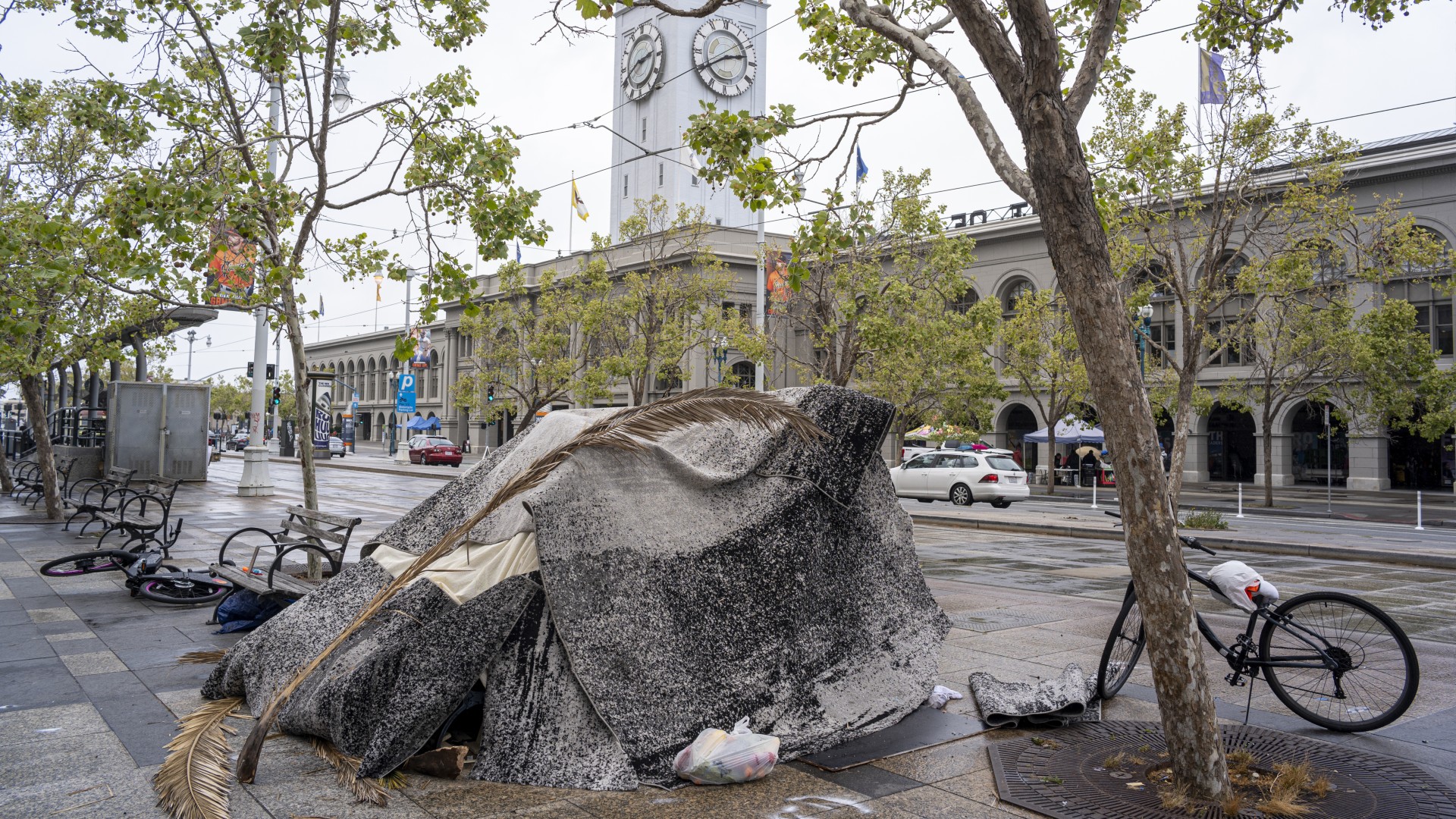 Homelessness Up in Bay Area, Down Slightly in San Francisco

Unfortunately, in Contra Costa County the situation worsened significantly. Homelessness jumped by 35 percent between 2019 and 2022. County officials blame a severe housing shortage and the effects of the pandemic for the increase.

About 3,100 people are homeless in Contra Costa County, according to this year's count.

Santa Clara County remains the county with the greatest number of the people without housing. Just over 10,000 are homeless in the county. Alameda County had the second highest homeless population with about 9,750 people.

The homeless population in San Francisco fell to 7,754, according to city officials. "Despite the challenges brought on by the pandemic, San Francisco has continued to invest in housing, shelter, prevention, and other solutions," said Denny Machuca-Grebe, spokesperson for the San Francisco Department of Homelessness and Supportive Housing.

"Since June 2020, just over 1,490 new units of permanent supportive housing have opened," Machuca-Grebe said. "An additional 1,054 units will be open or under contract by July 2022, exceeding the goal of the Mayors Homelessness Recovery Plan by 70%."

Machuca-Grebe said the city's investments in housing and shelter are improving the conditions on the street.

Making It in the Bayhomelessness