A group of protesters chained themselves together outside of the Mission Police Station in San Francisco Monday morning to mark the one-year anniversary of the police shooting of a 28-year-old man in the city's Bernal Heights neighborhood.

The group protested the lack of indictments against the San Francisco police officers involved in the shooting of Alejandro "Alex" Nieto on March 21, 2014, a year ago Saturday.

San Francisco prosecutors announced last month that the four officers who shot and killed Nieto at Bernal Heights Park will not be charged. The officers said Nieto pointed what looked like a firearm at them, but it was later determined to be a Taser stun gun. 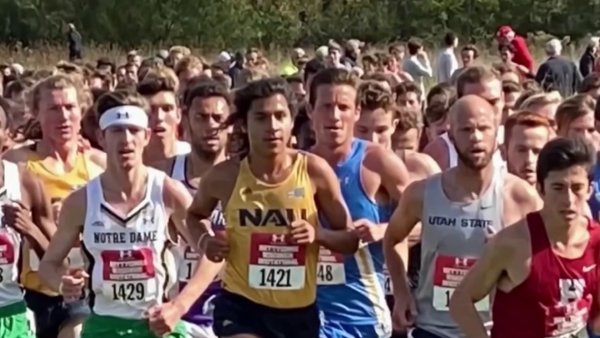 The group, "Stop Police Impunity," which helped organize the protest, is also highlighting other recent killings of people of color by police across the nation. Family and friends of Nieto attended the rally.

“I’ve been very sad in the past year but I’m even sadder now because throughout the year there has been no justice, nothing has happened,” Elvira Nieto said. “That’s why we’re here - to ask for justice.”

Cadine Williams said that’s the same reason why she showed up. Her brother, O’Shaine Evans, was killed in an officer-involved-shooting in October 2014. She said he was with two friends suspected of breaking into cars in San Francisco when cops confronted them. Evans, she said, had an unloaded gun on him.

Also in the crowd of protesters was Mesha Irizarry whose 23-year-old son, Idriss Stelley, was shot and killed by police in a Metreon theater in 2001. Irizarry said she’s most happy to see all the support, especially among loved ones of those who’ve died.

“We’re all here saying we’re not that naïve anymore. We see how system works. We’re going to impact the system together,” Irizarry said.