Though tourism business is just beginning to return to the area, Chinatown is still a ghost of its pre-pandemic self

There's a whole story within the story of San Francisco's Chinatown and Cynthia Yee is excited to get back to telling it.

With the Chinatown walking tour she runs shut down over the last year because of the pandemic, it's only in recent weeks she's returned to guiding visitors through the sixteen block area, regaling them with stories of gambling, opium dens and her favorite topic -- ghosts.

"You don’t get a chance to walk through these alleyways," Yee said on a recent day as she waited for her tour group to assemble. "There’s so many interesting things about our culture, and our architecture."

Though tourism business is just beginning to return to the area, Chinatown is still a ghost of its pre-pandemic self.

Before the pandemic, Yee would guide as many as sixty people a day delivered by tour busses through the darkened alleys where laundry dangled overhead and doorways concealed Mahjong games. But since the pandemic unleashed its economic vise, the tour buses don't arrive anymore and tourists stay away too, many falsely associating the area and its residents with COVID-19.

"It hurts," Yee said. "A lot of my friends own gift shops and the tourists are not there."

Yee, whose tours mix history with tales of the area's ghostly legends, has haunted these alleyways her entire life. She was born on Beckett Alley and grew up in one of the three neighborhood temples her mother founded.

When she was 17, with her mother's blessing, she became a nightclub dancer in the legendary Dorothy Toy show and traveled the world with the troupe. For the past 25 years, she's chosen the slow but steady pace of introducing visitors to the nooks and crannies of her neighborhood.

"I want people to know about Chinatown," she said gesturing down Waverly Place where bakeries abut restaurants next to flower shops and streamers of small American flags rustled in the afternoon breeze.

Before the pandemic brought her tours to a halt, Yee's Chinatown Magic Walking Tour teamed up with Marc Pomerleau and his Fighting History of SF Chinatown Tour, which traces the area's connections to its famous son, Bruce Lee. In the union with Yee, Pomerleau would tackle the history of Chinatown's immigrant residents dating back to 1848.  As COVID-19 spread, he watched the tour cancellations quickly stack.

"When you have the obliteration of the tourist market," Pomerleau said, "it’s going to hit this area extremely hard."

While the pandemic might've scared away outsiders, the current wave of attacks on the Asian community has levied an internal impact on the residents of Chinatown like Yee, who now live in fear.

"For us it’s very scary," Yee said. "All of us are seniors and our children don’t let us come out."

Yee related a recent incident where someone was driving through the neighborhood purposely coughing at her and other residents. It scared her. Pomerleau said adversity seemed to be inter-woven into the area's history, defying generation after generation.

"Chinatown and the Chinese people have been fighting for their right to exist and be human beings for 170 years," he said.

On a recent day, Yee and Pomerleau guided a dozen people through the neighborhood, beginning on Waverly Place and winding through lesser trafficked alleys -- tag-teaming the sharing of tales. 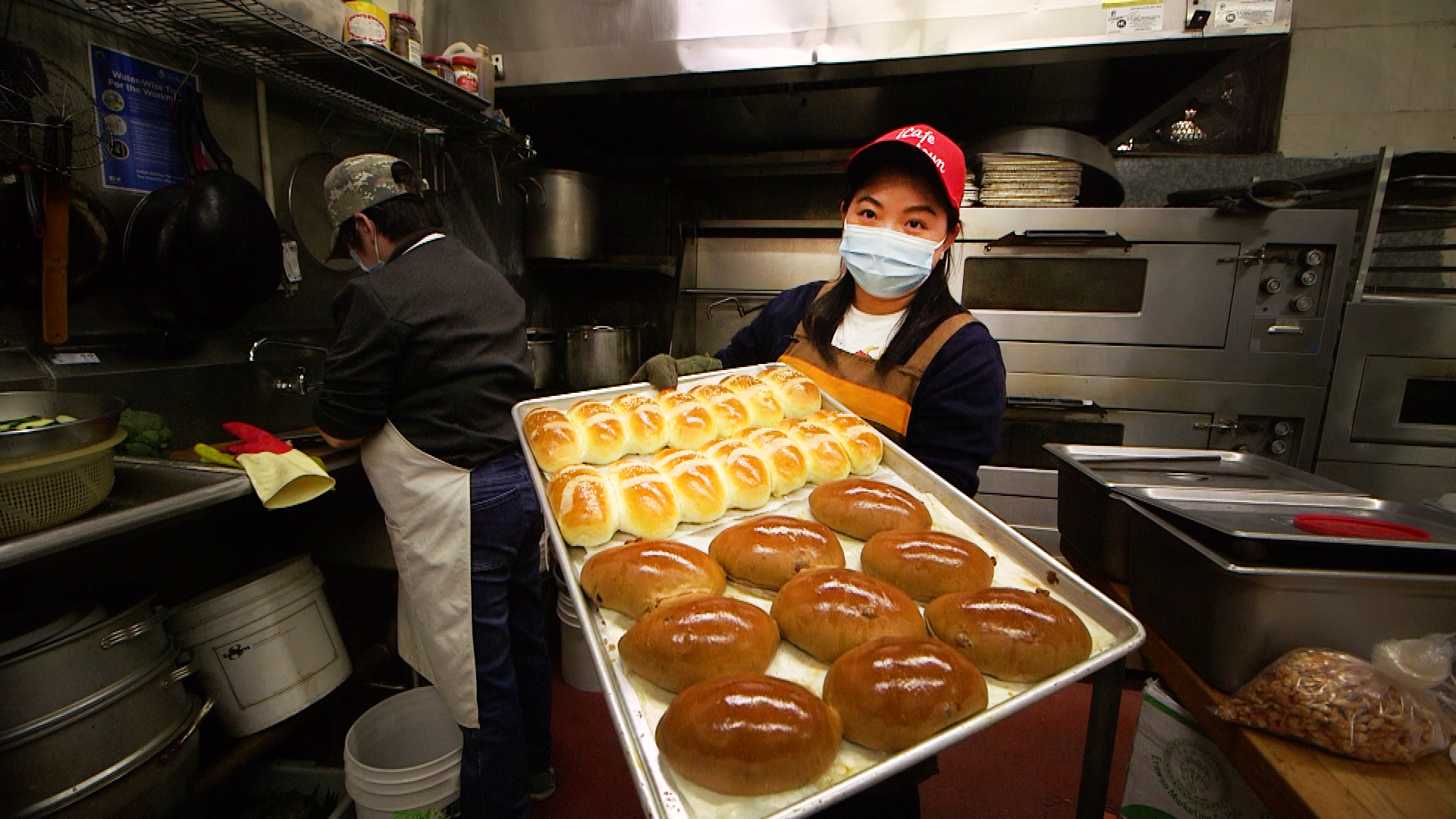 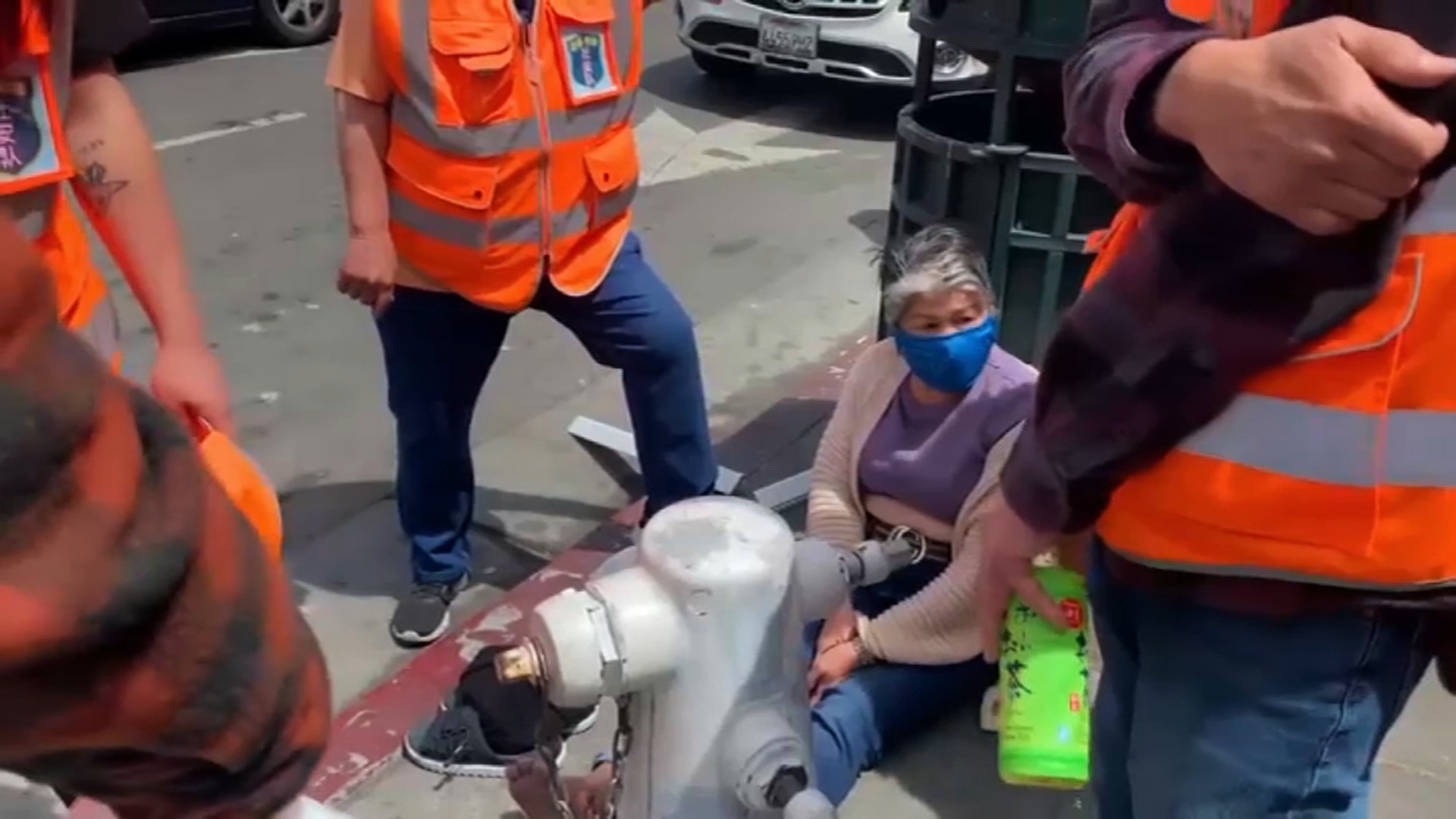 ‘It Is So Sad': Attacks Against Asian Elders Continue in the Bay Area

Yee pointed to a sewer where the Chinese would throw their dead during the time of the Bubonic plague outbreak between 1900 and 1904 to avoid the scrutiny of public officials. Pomerleau told the story of St. Louis Alley where women were sold into prostitution through contracts they'd never live to escape.

He asked visitors on the tour to stand in the shadowy alley with arms raised, to see if they could feel the spirits of the women, whose lifespans were cut short by the brutally rough trade. If they did, according to legend, it was the women victims urging them to leave.

"If she ended up in the cribs," Pomerleau explained, "her life expectancy was a maximum of five years."

The group wandered to the Golden Gate Fortune Cookie Factory for samples, which Pomerleau described as a strictly American invention. In another alley, Yee told the story of a young woman who once vanished mid-ride from a taxi cab, only to show up dead in Chinatown. Mahjong players leaving their games in the middle of the night were said to see a white dove perched on a balcony that represented her ghost.

The stories; some uplifting, some gritty, some real, some legend -- are the contradictions of a neighborhood that is as old as San Francisco but still seems to exist in its shadows.

"Things that happened to the Chinese and the things the Chinese have done to overcome the challenges they’ve had, it ultimately is not just a Chinese story," Pomerleau said as he and Yee lead the visitors along Grant Avenue. "It’s a human story."