More than 50 San Jose State University students rallied today against the sentencing of three former students who assaulted their roommate in 2013 and claimed the college hasn't addressed racism on campus.

A diverse group of students from various campus organizations chanted "Black Lives Matter" while they stood outside Tower Hall as the bell struck noon today.

On Monday, Logan Beaschler, 20, of Bakersfield, Joseph "Brett" Bomgardner, 21, of Clovis, and Colin Wyatt Warren, 20, of Woodacre, were sentenced on a misdemeanor battery charge against their black roommate Donald "DJ" Williams Jr. at their dormitory between August and October of 2013. 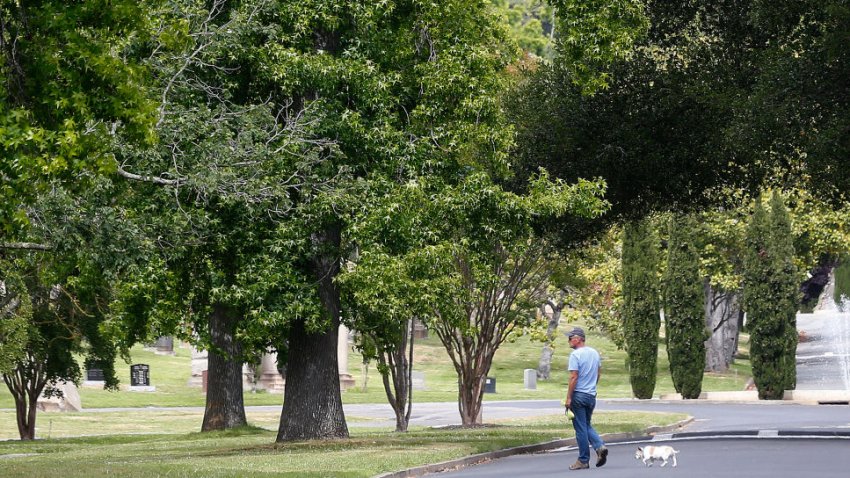 The defendants, who are all white, were also charged with a misdemeanor commission of a hate crime by use of force. Bomgardner was found not guilty of the hate crime allegation and a mistrial was declared for the other two defendants, but prosecutors decided they would not be retried on the charge.

All three men were sentenced to two years probation, 30 days in jails that may be served under a weekend work program, 50 hours of community service with a nonprofit, a cultural competency course on the African-American community or civil rights movement and $634 in restitution.

Black Unity Group member Donntay Moore-Thomas questioned why the defendants were ordered to take a class on the African-American community or civil rights movement even though they weren't convicted of a hate crime.Moore-Thomas said she couldn't understand Williams' experience at the start of his freshmen year when the defendants placed his neck around a bike lock, hung swastikas and a Confederate flag around the dorm and called him "three-fifths."

"We all know what the confederate flag signifies. Hate." Moore-Thomas said.

The "three-fifths" nickname was a reference to the way slaves were counted in the U.S. Census during the 18th and 19th centuries."It was not a prank, it was disrespectful and deliberate," she
said.

Aaron Miller, another member of the Black Unity Group, said the campus community has been traumatized by racial events on campus and needed to publicly express their disappointment at today's rally.

"We don't want our campus to be hospitable for hate crimes to continue to happen," Miller said.

The school's Black Student Union met with campus fraternities and sororities on Wednesday night when they compiled a statement in reaction to the judge's ruling, Miller said.

"This verdict and sentencing has reopened the wounds that we as a community have been working towards healing in the time since it occurred," the statement said.

"We are deeply frustrated with the lack of hate crime charges and the ridiculously minimal sentencing of just a mere 30 days of punishment which only adds insult to injury to us as a community, but most over, to the victim, Donald Williams Jr.," according to the statement.

The students, many wearing black clothing, shared their disapproval of the verdict, experiences of racism at the school and urged one another to take action towards justice.

Freshman La'Shay Hankerson shared her experience of being called a "slave" and "creature" on the social media website Yik Yak, a live feed of discussions that has grown popular on college campuses.

Hankerson said she complained to multiple resident advisers about jokes someone was making about her, but didn't believe her concerns were taken seriously.

Williams showed up as the rally was coming to a close and thanked the students for their support.

"I wouldn't be able to stay here on campus and continue my education if it wasn't for all of you," Williams said.

"While we respect the independence and discretion of jurors and the courts in reaching these determinations, the offenders' conduct was unacceptable and incompatible with our values," university interim president Sue Martin wrote in a message to the campus today.

Beaschler, Bomgardner and Warren are no longer enrolled at SJSU, Martin said.

To address the needs of the diverse campus, the school is finishing up its search for a chief diversity officer and will be conducting open forums with its four finalists starting on Friday, Martin said.

An eight-member search committee, which includes two students, was formed to select the chief diversity officer, but more students need to be represented in the group, said Black Unity Group member Brianna Leon.

Despite the addition of diversity programs to student orientation and training Martin addressed in her message, hate is still happening in the classrooms and dorms, Leon said.

The Black Unity Group is calling on the university to establish a zero tolerance policy for racial harassment, a letter from the university president on making improvements to the school's racial climate their first priority and providing "specialized resources" to help students of color feel
welcomed to the campus.