Shoppers Turn Out to Welcome Reopening of Fairfield Mall

In the Solano Town Center mall in Fairfield, Saint Kicks' world spun a few degrees back toward normal as he walked out of a shoe store clutching a half dozen boxes of the latest Air Jordans.

"We back to wasting money," Kicks laughed, cradling his bounty of shoes.

It was a typical mall scene in a very atypical time as Solano Town Center reopened for the first time in 60 days, welcoming back shoppers to the experience of actual in-store retail.

"This is no regular day at the mall here," said Jennifer Nettles, general manager of Solano Town Center. "It's an exciting day though."

Nettles said some 40 to 45 of the mall's 100 tenants opened their doors Wednesday, leaving many storefronts still darkened. Some visitors groused the limited offerings — one woman lamented she'd spent $50 on transportation to get there only to find few stores opened.

The Solano Town Center in Fairfield on Wednesday became the first indoor mall in the Bay Area to reopen amid the coronavirus crisis, and there were plenty of changes. Jackie Ward reports.

Nettles said the staggered reopening was actually helping the mall gauge how people would react to the new safety protocols.

"We're an over million square foot mall," Nettles said. "So, social distancing is easy for us to do."

The era of COVID-19 was on full display around the mall with seats set far apart in the food court and stores limiting the number of shoppers allowed inside at a time. At one point, the scene outside one shoe store grew heated as security guards stopped people from standing in a line, which was against the mall's new protocols aimed at keeping people apart.

"It just makes it chaos for everybody, especially when you got a shoe like this coming out," said Kicks, guarding his new Air Jordans.

Nettles said mall management was leaving it up to individual businesses to follow new protocols laid out by Solano County, which is currently in a Phase 2-B reopening. Businesses were allowed to set a limit on the number of visitors inside their stores. Because the county is not mandating face coverings countywide, some stores required them and others didn't.

"They're really in the dark because we've never done this," Nettles said. "Never been through anything like this."

If anything, it seemed visitors were cautiously excited to indulge in a little retail therapy after two months cooped up at home, buying things over the internet. With a bag of clothes tucked under his arm, Nicholas Cruz said he'd been in need of a shopping sojourn even before the pandemic hit.

"It's a little scary still being in close proximity with people and stuff," Cruz said, "But still, you know, it feels good to be able to come out and buy some clothes." 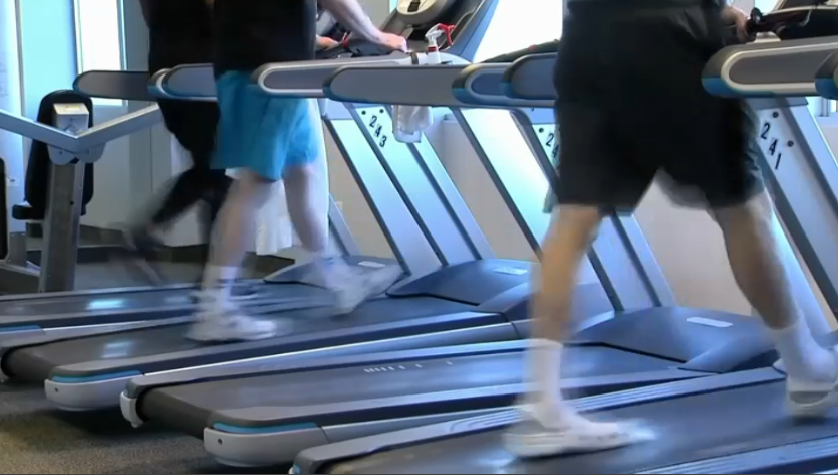 Kicks said attempting to buy shoes over the internet was nothing like the experience of actually inspecting them in person.

"It's always better to see it in person than shopping online because you never know what you're going to get until you get it," Kicks said.

Nettles estimated the mall's remaining stores, including Macy's, would reopen around June 1. Kicks said he was excited for other malls around the Bay Area to follow suit so he could get back to blowing too much money on things like shoes.

"This is why we out here," he said, gathering up his prize.