Nisha Tandel was the 24-year-old female passenger who died in the crash.

Crews raced to a Palo Alto highway on Friday morning to help the passengers in an SUV carrying a San Bruno family of six: Five were injured in the crash, and one 24-year-old, who was about to be married in India, was killed.

The crash tied up traffic along U.S. Highway 101 near the Oregon Expressway for hours: all lanes reopened about 2:30 p.m. following the accident six hours earlier.

CHP Officer Amelia Jack said the father was driving, the mother was in the passenger seat and four sisters were in the back. The youngest passenger is a teenager. 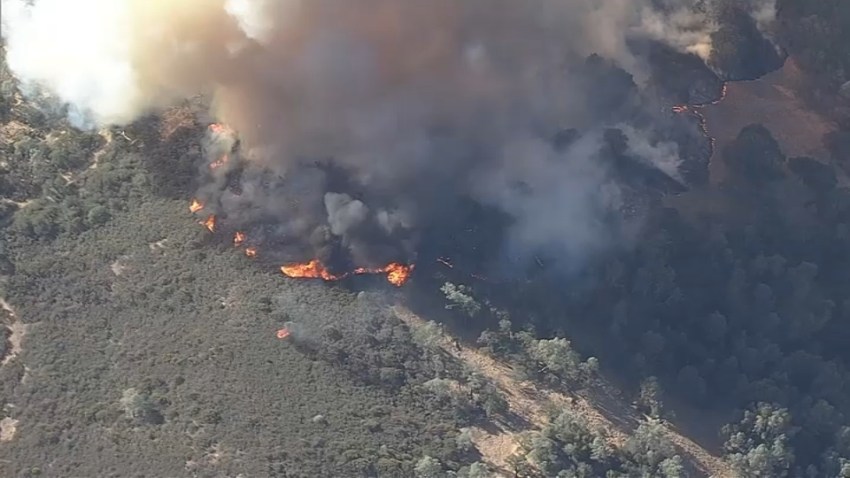 When NBC Bay Area called a San Bruno phone number related to the family in question, a woman answered: "We're just grieving. We don't to talk. We want to keep it private."

Relatives dentified the young woman as Nisha Tandel. Relatives told the The Mercury News that the entire Tandel family set out for Gilroy late Thursday night to shop for gifts they planned to take to India for Nisha Tandel's wedding there in January.

The family was involved in the crash just  before 7 a.m. on northbound 101 at Embarcadero Road.

Jack told NBC Bay Area that the accident began when a truck pulled over to the side of the highway so its driver could change a tire. A CHP officer pulled over to help. At that time, Jack said a gold Lexus SUV carrying the family slammed into the back of the CHP patrol car. Jack said there were some bags in the car, but it was unclear if the family had been out shopping.

The SUV kept driving until it ran up an embankment and rolled over near the offramp, Jack said, and two people were ejected. Two passengers have critical injuries, the remaining three have moderate injuries. The injured were taken to Stanford Medical Center and Valley Medical Center in San Jose.

The CHP officer did not suffer major injuries and has been treated and released from the hospital. And no one in the truck was hurt.

From the NBC Bay Area helicopter, viewers could see the SUV had been severely damaged and fire crews went to the driver's door with a spinal board. There was debris all over the road, and a CHP car had some moderate damage to its rear.