San Francisco's Immaculate Conception Ukrainian Catholic Church has expanded its hours to accommodate the influx of attendees coming to pray for loved ones in Ukraine. The church, which is tucked in San Francisco's Portola District, is led by Father Petro Dyachok in Ukrainian.

Through the help of online translation services, Dyachok explained to NBC Bay Area that his daughter, her husband, and their two children are in Ukraine currently. Right before Dyachok began the evening prayer Saturday, he got a message that his daughter was taking refuge in a basement bomb shelter. 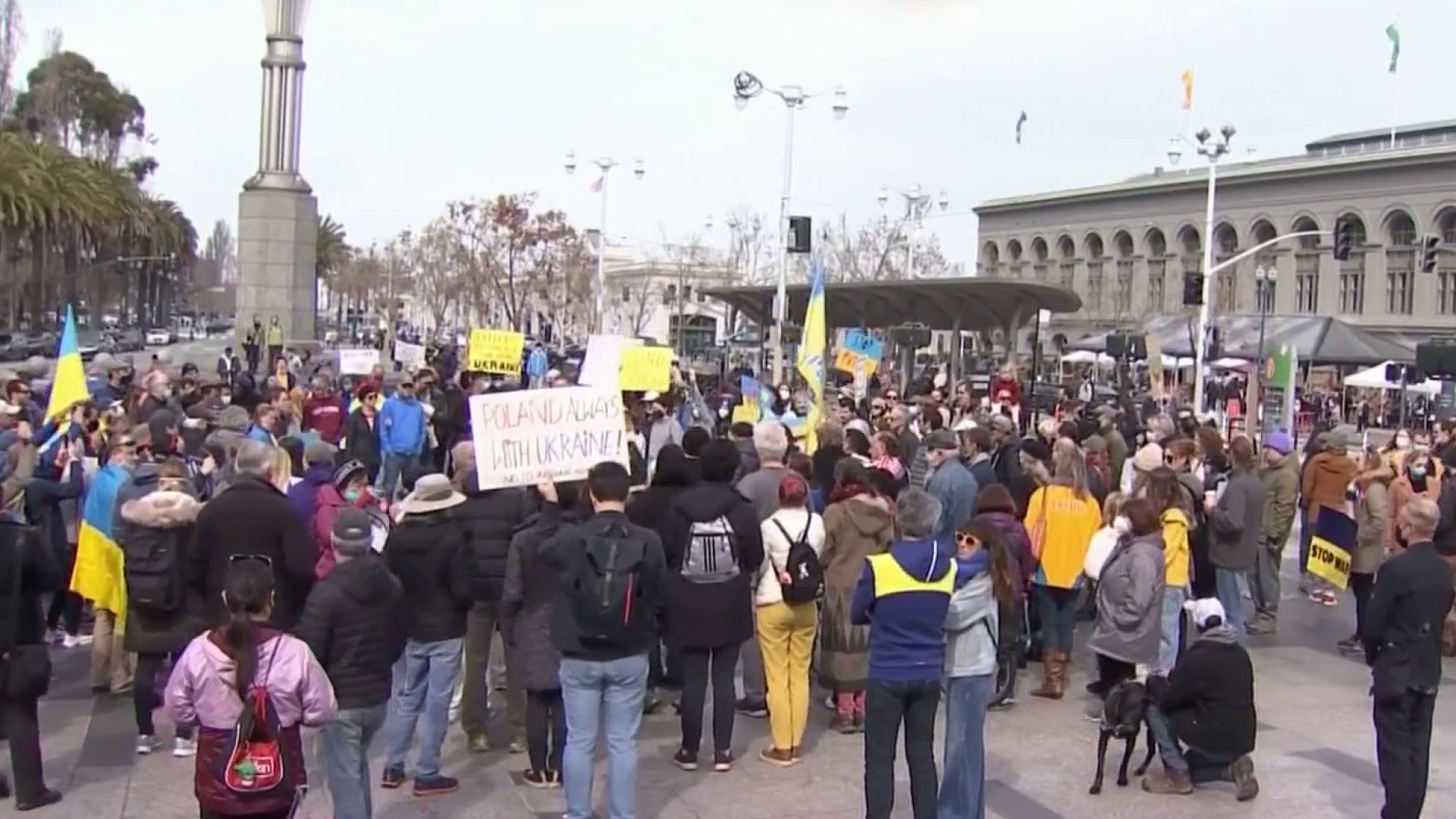 Protesters Gather in San Francisco in Support of Ukraine 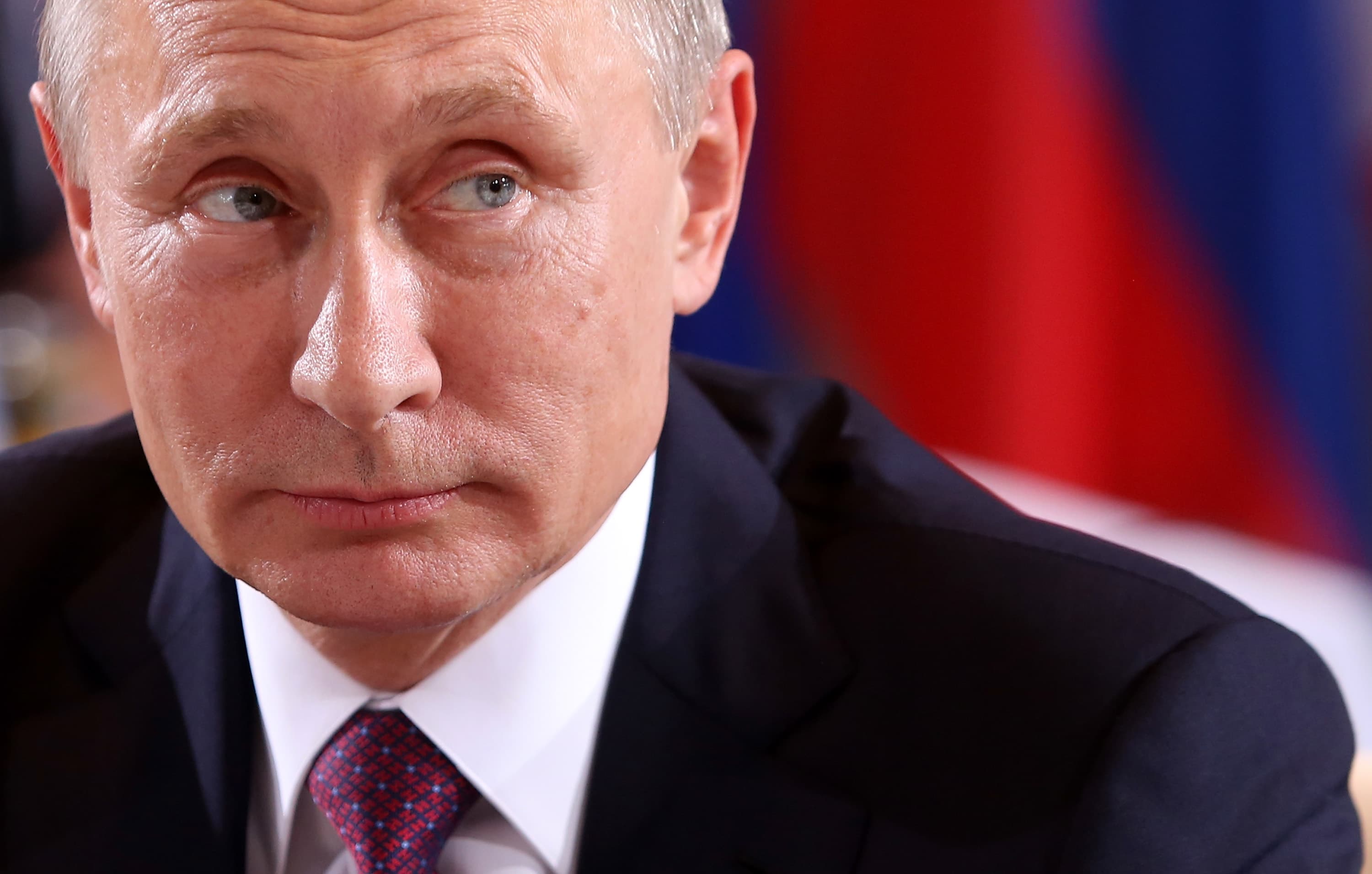 Dyachok had been wiping tears from his eyes all day as he awaits updates from his daughter. He says his daughter's husband is a reserve officer in Ukraine and will have to fight. He explained that his grandchildren in Ukraine are afraid of the sounds of air sirens they've been hearing.

"Ukraine and our soldiers need prayer and help from American citizens," Dyachok said through a translation service. "We are grateful that America is with us at this, probably the most difficult time."

Dyachok has been offering more prayers and expanded hours as most of his parishioners are worried for their families in Ukraine. Attendees to his church come from all around the Bay Area. According to 2019 Census numbers, there are more than 114,000 Californians of Ukrainian descent.

Volodymyr Valchuk and his family attended the Saturday evening prayer at the church. They travel from San Rafael to pray here regularly.

"We're hoping for God to listen, hear our prayers, and help us," Valchuk said. "We know [prayer] is one of the few things we can do right now."

Since the Russian invasion began in Ukraine, Valchuk hasn't been able to sleep because of his worries about the safety of his family members in Ukraine.

He said the days have bled together, "we kind of count our days by 'Oh this is the third morning [since it began] this is the first morning.'"

Valchuk explained that his parents, who are in their seventies, live in western Ukraine. While he thought his parents wouldn't be near any conflict, bombings have unfolded in the surrounding area.

Valchuck says he stays up late awaiting updates from his family members. The younger men in his family have taken up arms.

“They do get really short basic trainings as they are given weapons by the government,” he explained.

His wife, Yevgeniya Valchuk, shared that the place where she used to work in the city of Vasylkiv had been completely destroyed during recent attacks.

The Valchuks are leaning on the other members of his church right now.

But the Valchuks are also leaning on the broader Bay Area community, praying the frequent rallies in support of Ukraine inspire politicians to pay attention.

Valchuk and Father Dyachok both plan to attend a rally for Ukraine at San Francisco City Hall on Sunday. They say that many Ukrainian groups from the Bay Area will also be there.