An Orange County doctor was killed when a gunman opened fire during a lunch after a morning service at a Laguna Woods church.

By Associated Press and Jonathan Lloyd • Published May 21, 2022

Members of the Irvine Taiwanese Presbyterian Church and leaders of the Taiwanese American Community gathered in mourning Saturday at the church where a gunman opened fire last weekend, killing a doctor who tackled the shooter and likely saved lives.

Dr. John Cheng and his heroic actions were remembered during a prayer at the start of Saturday's gathering at Geneva Presbyterian Church in Laguna Woods. Cheng was killed as he tried to protect others in the church when gunfire erupted during a lunch after last Sunday's morning service.

Taiwan’s president condemned the shooting at a Taiwanese church in Orange County after authorities said Monday that the suspect was driven by hatred of the island.

President Tsai Ing-wen's office issued a statement Tuesday saying she condemned “any form of violence,” extended her condolences to those killed and injured and had asked the island’s chief representative in the U.S. to fly to California to provide assistance. 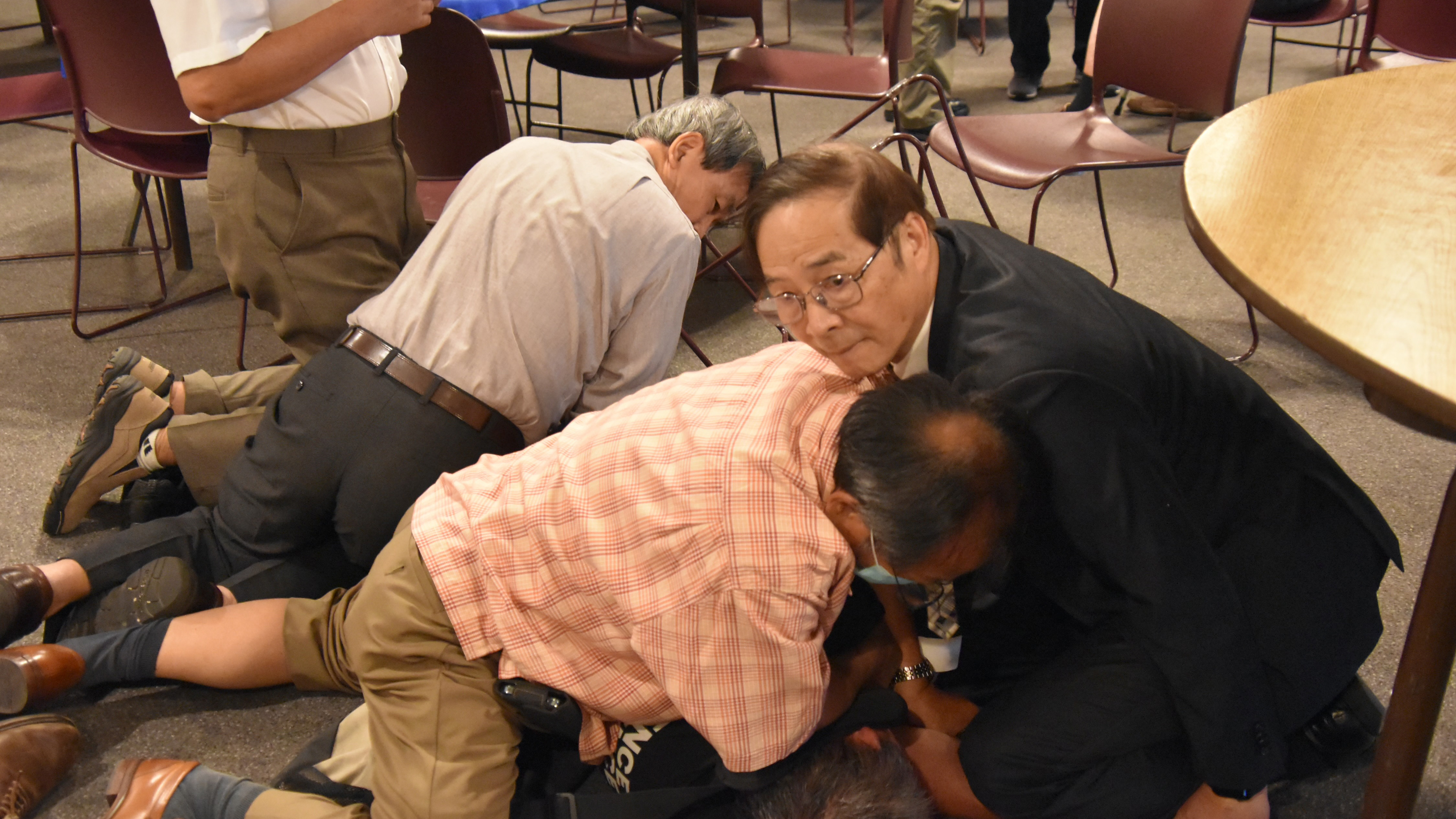 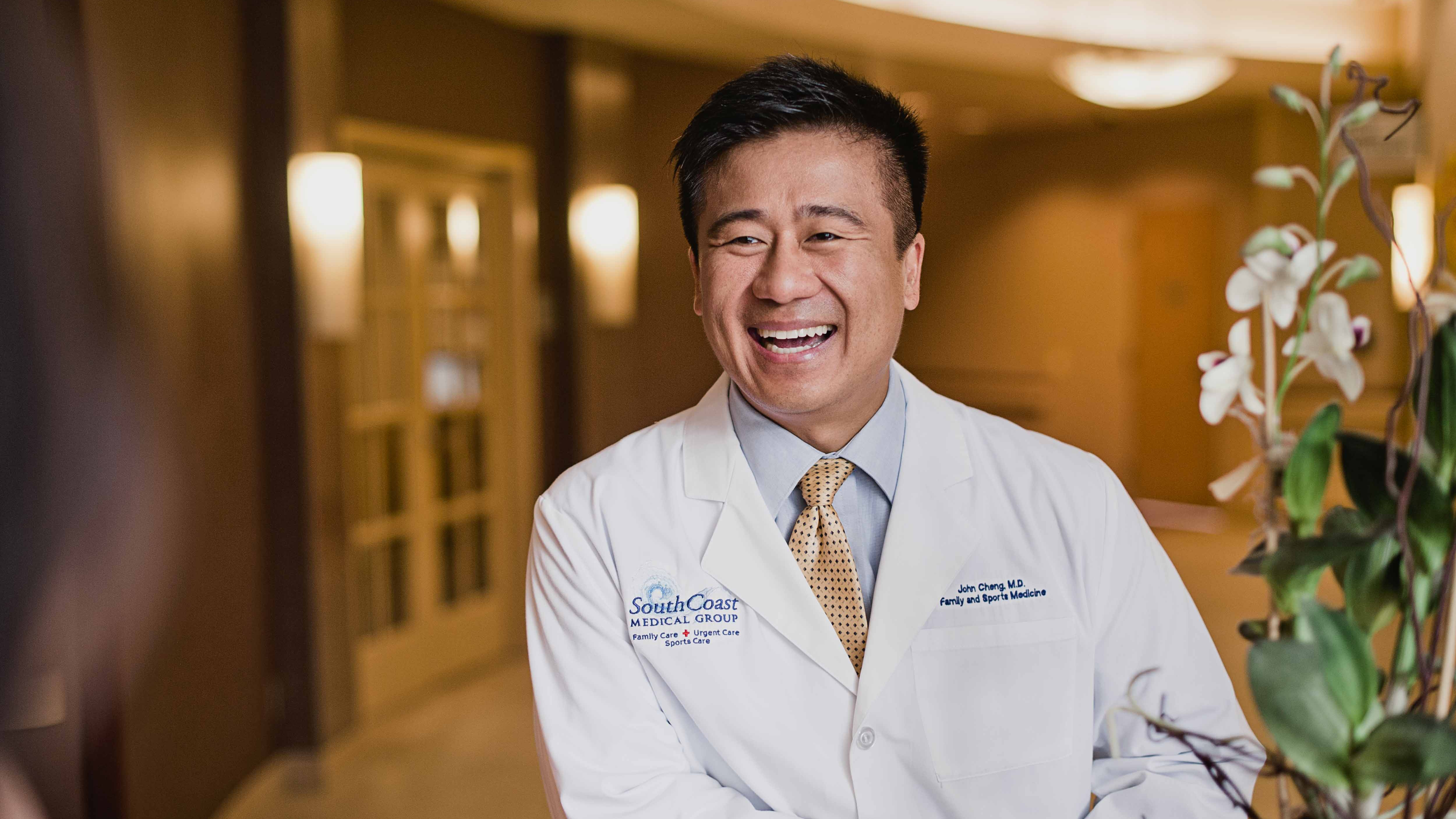 The nature of the suspect's grievance was not immediately clear. He faces a murder charge with a special circumstances allegation of lying in wait that would make him eligible for the death penalty or at least life in prison without the possibility of parole, if he is convicted.

Investigators said the suspect drove from Las Vegas and arrived in Southern California on Saturday before going to the church Sunday morning.

Police said he hid firebombs before the shooting at a gathering of mostly senior Taiwanese parishioners after the morning service. A Laguna Niguel doctor, who authorities hailed as a hero for charging the gunman, was killed and five people were wounded.

Investigators say the shooting at an Orange County church on Sunday was motivated by hate. Darsha Philips reports for the NBC4 News at 7 p.m. on May 16, 2022.

China claims Taiwan as its own territory to be annexed by force if necessary and regularly denounces Tsai, her ruling Democratic Progressive Party and their foreign supporters in increasingly violent terms. Tensions between China and Taiwan are at the highest in decades, with Beijing stepping up its military harassment by flying fighter jets toward the self-governing island.

The suspect, a U.S. citizen, was born in Taiwan in 1953, Taiwan’s Central News Agency reported, citing the head of the Taipei Economic and Cultural Office in Los Angeles, Taiwan’s de-facto consulate in the city.

In Taiwan, DPP legislator Lin Ching-yi said “ideology has become a reason for genocide” in a message on her Facebook page. Lin said Taiwanese need to “face up to hateful speech and organizations” backed by China’s ruling Communist Party, singling out the United Front Work Department that seeks to advance China's political agenda in Taiwan and among overseas Chinese communities.

“We hope the U.S. government will take effective measures to resolve the worsening gun violence issue at home,” Wang told reporters at a daily briefing.

The U.S. is Taiwan's chief political and military ally though it doesn't extend the island formal diplomatic ties in deference to Beijing.

Bi-khim Hsiao, Taiwan's de-facto ambassador, on Monday tweeted that she was “shocked and saddened by the fatal shooting at the Irvine Taiwanese Presbyterian Church in California."

“I join the families of the victims and Taiwanese American communities in grief and pray for the speedy recovery of the wounded survivors," Hsiao wrote.

The suspect's hatred toward the island, documented in hand-written notes that authorities found, appears to have begun when he felt he wasn’t treated well while living there.

The suspect's family appeared to be among the roughly 1 million refugees from mainland China who moved to Taiwan at around the time of the Communist sweep to power on the mainland in 1949.

The former Japanese colony had only been handed over to Nationalist Chinese rule in 1945 at the end of World War II, and relations between mainlanders and native Taiwanese were often tense.

Separated by language and lifestyle, incidents of bullying and confrontation between the sides were frequent.

Many mainlander youth, who were concentrated in the major cities, joined violent organized crime gangs with ties to the military and Chinese secret societies, in part to defend themselves against Taiwanese rivals.

The Presbyterian Church is the most prominent of the Christian dominations in Taiwan and was closely identified with the pro-democracy movement under decades of martial law era and later with the Taiwan independence cause.