Since the beginning of the year, more than 8,200 California wildfires have scorched "well over 4 million acres."

The new mark for the August Complex in the Coast Range between San Francisco and the Oregon border came a day after the total area of land burned by California wildfires this year passed 4 million acres, more than double the previous record.

The August Complex began as dozens of fires ignited by lightning in the Mendocino National Forest in mid-August and became California's largest fire on record in September. As of Monday, it covered nearly 1,566 square miles.

Since the beginning of the year, more than 8,200 California wildfires have scorched “well over 4 million acres," the California Department of Forestry and Fire Protection said Sunday in a statement. There have been 31 deaths and more than 8,400 buildings have been destroyed.

Numerous studies have linked bigger wildfires in America to climate change from the burning of coal, oil and gas. Scientists say climate change has made California much drier, meaning trees and other plants are more flammable.

Mike Flannigan, who directs the Canadian Partnership for Wildland Fire Science at Canada’s University of Alberta, says the escalation of fires in California and the U.S. West is “largely, not solely, due to human-caused climate change.”

On Monday, the August Complex wildfire became the first in California’s history to ever surpass 1 million acres burned. Dubbed a gigafire, use this tool to compare the size of the fire to the Bay Area.

The August Complex has destroyed 242 structures, damaged a half dozen and there has been one injury. Containment was estimated at 54% on Monday.

California remains largely warm and dry but fierce winds that fanned infernos a week ago were gone. Cooling at the coast was expected to expand into the interior and a Pacific storm system remained in the forecast for Northern California by next weekend. 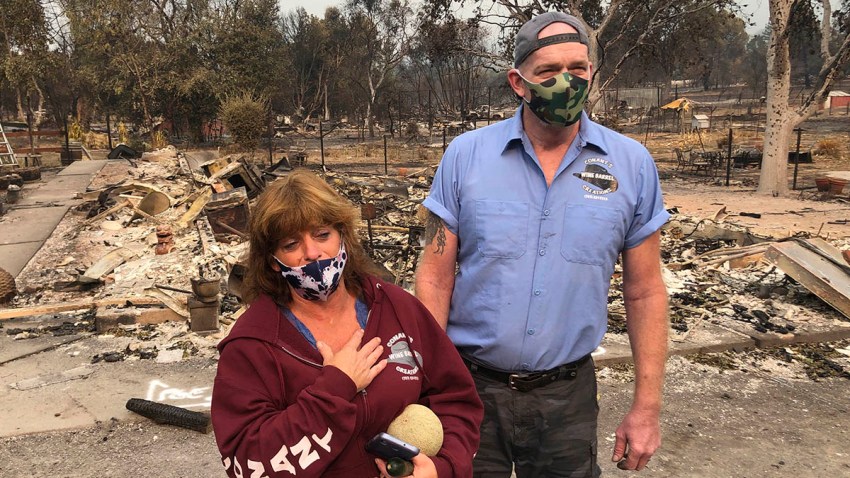 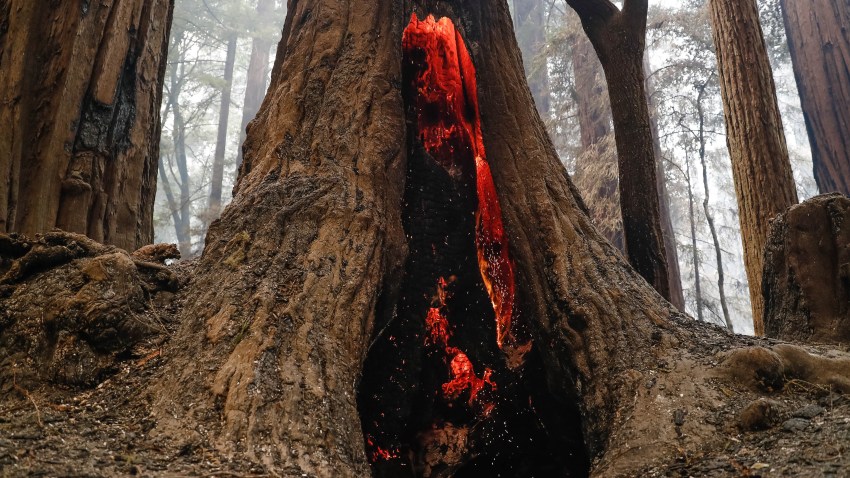