Instant Replay: Astros Get to Doolittle, Beat A's in Extras

OAKLAND -Yes, these are the same A's hitters that spent a seven-game road trip scoring runs and collecting hits in bunches.

In two games since returning from a 6-1 trip, Oakland's offensive momentum has shifted into reverse. They mustered just three hits and stranded the bases loaded in the bottom of the 10th of a 2-1 loss to the Houston Astros. In just two of those 10 innings did they advance a runner past first base.

Over the past two nights at the Coliseum, the A's have totaled just three runs and six hits against the Astros, who moved to within two games of Baltimore for the American League's second Wild Card spot.

The A's were on the brink of tying or winning the game in the bottom of the 10th, loading the bases with one out. But Jake Smolinski popped up and Joey Wendle struck out against Astros closer Ken Giles.

A confusing bunt play in the top of the third led A's manager Bob Melvin to play the game under protest. First baseman Yonder Alonso let Jake Marisnick's pop bunt fall to the ground, looking to get a double play. He tagged Marisnick, though first base ump Clint Fagan signaled safe. Then Teoscar Hernandez, the runner at first, stepped off first and Alonso tagged him. After a replay review, it was ruled that Alonso did tag Marisnick, but Hernandez was allowed to go back to first after the replay official ruled that Hernandez reacted to an incorrect umpire's call when he stepped off the bag.

Sean Manaea eventually ended the inning on a 4-6-3 double play and held the Astros off the scoreboard anyway, so Melvin rescinded the protest. 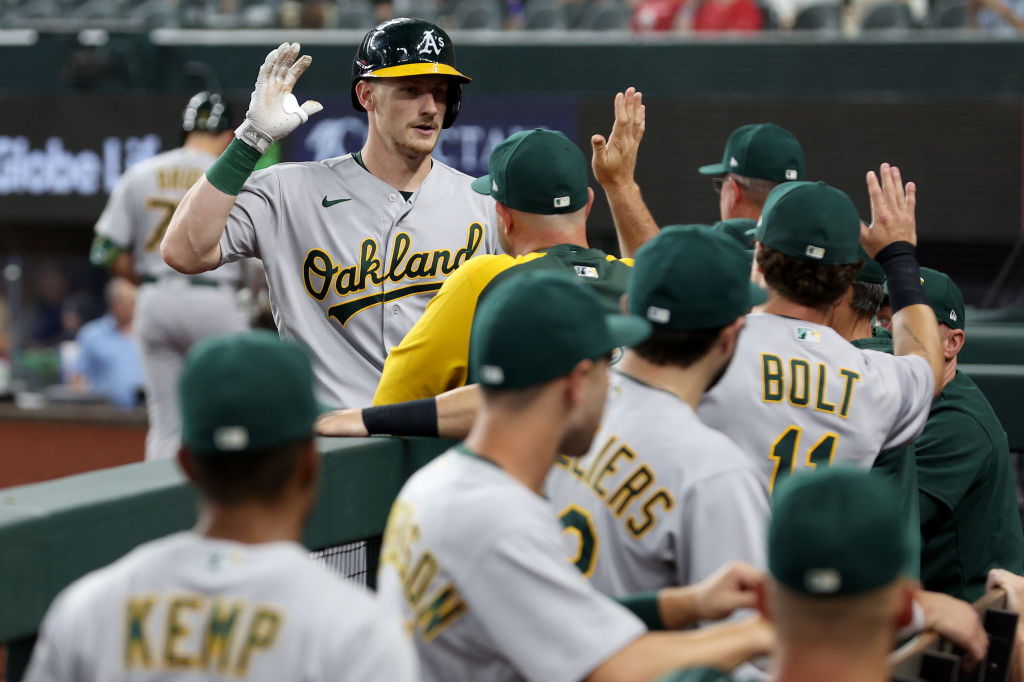 Starting pitching report:
In two starts since coming back from a strained back muscle, Manaea has yet to allow a run. He blanked the Astros over six innings Tuesday, holding them to three hits with seven strikeouts and two walks. Over the last seven games, A's starters have posted a 2.01 ERA.

Bullpen report:
The Astros scored the winning run in the 10th when George Springer singled off Sean Doolittle to score Tony Kemp , who led off the inning with a double. Astros reliever Chris Devenski retired all 11 men he faced to get the victory.

At the plate:
The A's scored their only run in the sixth to take a 1-0 lead. Jake Smolinski singled and eventually scored on Stephen Vogt's groundout.

In the field:
The Astros tied the game 1-1 on a fluky play in the seventh. With a runner on third and two outs, Tony Kemp lined a comebacker that John Axford deflected with his glove. The ball changed directions on A's second baseman Joey Wendle and got past him for what wound up a game-tying double. In the eighth, Stephen Vogt threw a strike to second to nail Jose Altuve trying to steal. Carlos Correa took a called third strike, and it went for an inning-ending double play. Another defensive highlight for the A's came in the seventh, when Wendle made a diving stop to his left, quickly spun and threw to second to get a force on Marwin Gonzalez's grounder.