Bob Melvin Explains Why He Left Athletics to Be Padres Manager

Bob Melvin is eternally grateful for his time managing the Athletics, but explained his rationale behind departing for the San Diego Padres after 11 years in an exclusive interview with NBC Sports California's Brodie Brazil.

"I can't forecast where the A's are going to go and what they're going to do," Melvin told Brazil. "There are limitations, there has been talk about what the team needs to do, not only now but in the future, there [are] restrictions of how things can go in Oakland and then when there's a conversation and someone calls on you and you get a chance to go somewhere else and you have a conversation, sometimes things transpire."

Melvin spoke honestly about his process, but also emphasized repeatedly the love and appreciation he has for the organization, its players and coaches, and the fans of Oakland.

"I loved every minute of managing the Oakland A's in my hometown," Melvin told Brazil. "With a coaching staff that I was with a long time, with a front office that was so inspiring for me and allowed me to manage there through thick and thin.

"I don't know why and how, I think things happen for a reason sometimes, but it doesn't diminish the fact or make me feel any different about the Oakland A's and my time there, it doesn't make me think any differently or feel any differently about ownership, ownership employed me there for 11 years, the front office stuck with me for 11 years, the fans were absolutely fantastic, the media was sensational to me my entire time there, the players that we had there, I mean everything revolves around the players, and the success that you have or you look at me and that I had, is because of the players.

"I more look at this right now as sometimes your time's up and there's times that you just end up somewhere else." 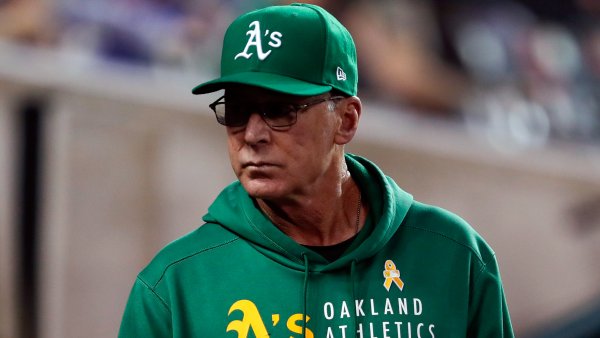 RELATED: Nine candidates who could replace Melvin as A's manager

Melvin also confirmed that he did not reach out to the Padres, but spoke with A's executive vice president Billy Beane and was granted permission to speak with San Diego about their vacancy.

Melvin takes over a Padres team that fell well short of expectations in 2021, going 79-83 and finishing third in the highly-competitive NL West.