In 2016, the Oakland Raiders evolved into one of the NFL’s best offensive teams.

The Raiders ranked No. 6 in the league, averaging 373.3 yards per game. They ranked seventh in scoring with an average of 26 points per game.

Yet just days after the Raiders’ season ended with a first-round playoff loss to the Houston Texans, the team has decided to part with offensive coordinator Bill Musgrave.

Several sources have reported Musgave, whose contract has expired, will not be retained. Adam Caplan of ESPN.com reports that head coach Jack Del Rio told his coaching staff Tuesday afternoon that quarterbacks coach Todd Downing has been promoted to the offensive coordinator position. 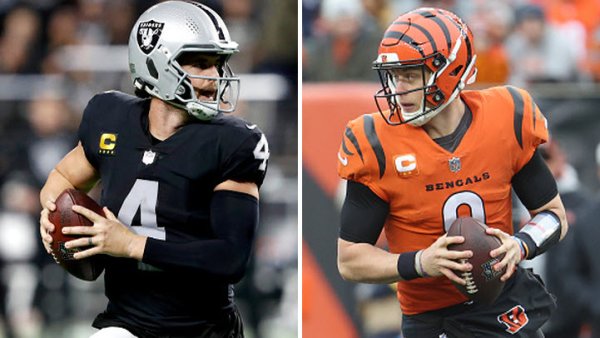 Paul Gutierrez of ESPN.com noted that Del Rio had been sometimes critical of the offense in 2016 for its slow starts and for its failure to run the ball more. Gutierrez wrote that after a late-season loss to the Chiefs, Del Rio was disappointed the Raiders hadn’t played more “big-boy ball” by running more. Then, in the final two games  – a loss to the Broncos to end the regular season and the playoff loss to the Texans – Oakland’s running attack was almost absent, even with backup quarterbacks Matt McGloin and rookie Connor Cook starting, following the injury to Derek Carr.

Downing, has been elevated to offensive coordinator after two seasons as quarterbacks coach in Oakland under Del Rio. Previously, he was QBs coach at Buffalo and Detroit. He had previous positions with the Lions, Rams and Vikings.

At 36, he’s considered a rising star among offensive coaches in the league and was selected as Pro Football Focus’ quarterbacks coach of the Year in 2015 for his work in helping Carr improve dramatically from 2014 to 2015. PFF said Downing deserved credit for “turning Carr from a borderline case to a franchise-worthy player.”

George Takata, a former broadcast journalist in Fresno known to be a good friend of Carr, tweeted that “Carr loves” Downing.

In 2015, Downing – who had helped Matthew Stafford develop in Detroit – said he believed Carr was destined to be a star. This year, Carr took more big strides, becoming an NFL MVP candidate.

Said Downing of Carr: “He’s a sponge, he wants as much knowledge as he can get, he’s a very coachable kid and he’s a pleasure to be around each day. I think you have to have a lot of trust between the quarterback and the quarterback coach to be able to grow in the areas you need to grow.”

Now Downing will get the chance to grow – and grow the overall offense as well – in his new position.