The Warriors got the worst possible news on center Damian Jones on Sunday morning.

An MRI revealed that Jones tore his left pectoral muscle, the team announced.

Jones will see a specialist and the Warriors will announce how long the 23-year-old center will be out after that meeting. 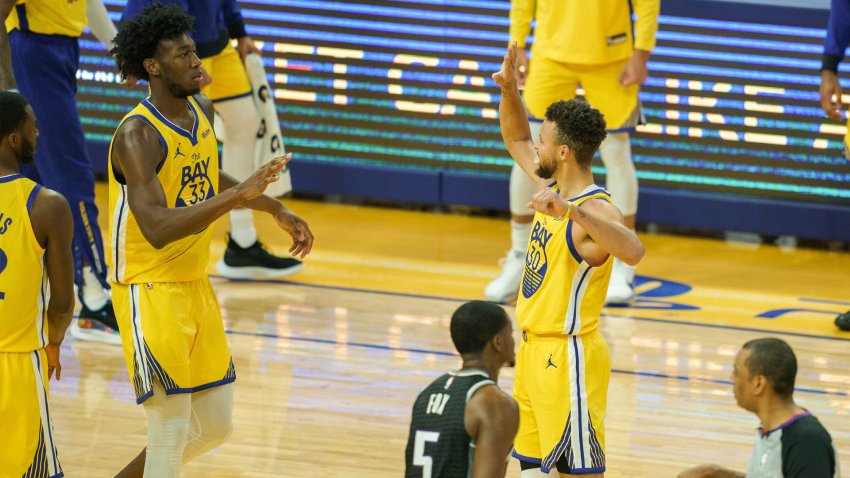 The injury occurred at the end of the third quarter on Saturday night in Detroit as Jones got tangled up with Pistons center Andre Drummond. Jones could be seen grabbing the left side of his chest.

Jones was having a solid game against Drummond and the Pistons before exiting with the injury. In 20 minutes, he scored nine points, grabbed five rebounds and dished out two assists.

The injury leaves the Warriors very thin at the center position with Kevon Looney and Jordan Bell as the only healthy big man on the roster. Draymond Green is still recovering from a sprained toe and DeMarcus Cousins hasn't been cleared to return from a torn Achilles.

For the time being, head coach Steve Kerr says the Warriors will recall Marcus Derrickson from Santa Cruz of the G League.