After parts of the Bay Area spent the weekend under a freeze warning, rain will make its return during the workweek.

According to meteorologist Rob Mayeda, some parts of the Bay Area will see some rain at times Monday and Tuesday, and there will be increasing winds and warmer temperatures ahead.

Wind speeds bumped up to 15 to 25 mph across the Bay Area on Monday afternoon as rain starts near the coast and North Bay and drops south into the evening.

Unlike previous weeks, rain totals don’t look too extreme with this storm with totals in the half-inch to 1 inch range for the North Bay hills, and generally less than a quarter inch for areas south of San Francisco. 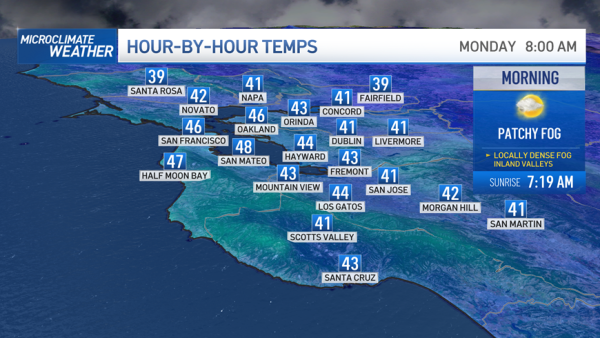 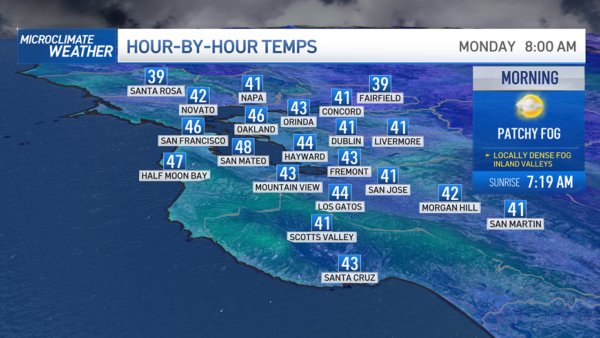 A few inland areas like the Santa Clara Valley and Tri-Valley may not see too much as rain shadowing will likely keep totals down.

More chances for rain will be ongoing through the week, mainly for the North Bay with a region-wide storm arriving around Friday that may bring the best rain totals and rain rates per hour to the Bay Area for Friday into early Saturday.

Meanwhile, snow is back in the forecast until Tuesday morning in the Sierra and north of Redding, according to the National Weather Service.

A winter storm warning will be in effect Sunday and Monday nights, dropping to a winter weather advisory during daylight hours.

Officials say to expect travel delays and significant reductions in visibility at times on mountain roads.

Chain controls are likely to be in effect. Lower elevations around Northern California will see rain both days.