Harris, Home in California, Gets a Look at Wildfire Damage

Touring wildfire damage Tuesday in her home state, California Sen. Kamala Harris said “ideology should not kick in” when responding to wildfires and the climate crisis, a veiled criticism of President Donald Trump, though she did not say his name.

Harris spoke in front of a charred elementary school playground in the small foothill community of Auberry as ash fell from the sky and a thick smell of smoke hung in the air. Harris was joined by Gov. Gavin Newsom in her first trip to California as the Democratic vice presidential nominee.

It followed a Monday visit from Trump, who touched down for a briefing on the fires near Sacramento. He rejected the scientific consensus that climate change is exacerbating California’s wildfires. He has repeatedly sparred with Newsom over the state’s response to the fires, but he has never made good on his threats to withhold federal disaster funding.

“The people who are victimized by these, they could care less and their children could care less who they voted for in the last election. This is not a partisan issue,” Harris told reporters.

California has already set a record with more than 3 million acres burned so far this year.

The small community where Harris spoke is within the Sierra National Forest, where a fast-moving wildfire was sparked over Labor Day weekend. State fire and forest officials described the status of the fire to Harris and Newsom before they addressed reporters. Dean Gould, the forest supervisor, told Newsom and Harris that he’d never seen such an aggressive fire in the area.

The two then briefly walked around a burned-out property where a charred truck, a washer and dryer, and a brick chimney remained standing. Harris said such chimneys remind her of tombstones.

Newsom repeated his frequent remark that anyone who denies climate change should come to California. He took a slightly sharper tone than he did with Trump on Monday, when he said the two could “agree to disagree” on climate change while asking the president to respect the difference of opinion.

California Governor Gavin Newsom stressed the importance of battling climate change immediately. "What we're experiencing right here is coming to every community all across the United States of America unless we get our act together on climate change."

Harris’ return to California marked her first time staying overnight at her Los Angeles home since March, when the pandemic limited travel. She’s mostly been staying at her residence in Washington, D.C., though she’s ramped up campaign travel in recent weeks. She was set to campaign in Las Vegas later Tuesday.

Harris said the climate crisis can’t be detached from the other crises of public health, the economy and systemic racism. She often speaks about all four as the major issues facing America. But she didn’t directly answer a question about how she and Joe Biden would prioritize the four if they win the White House. 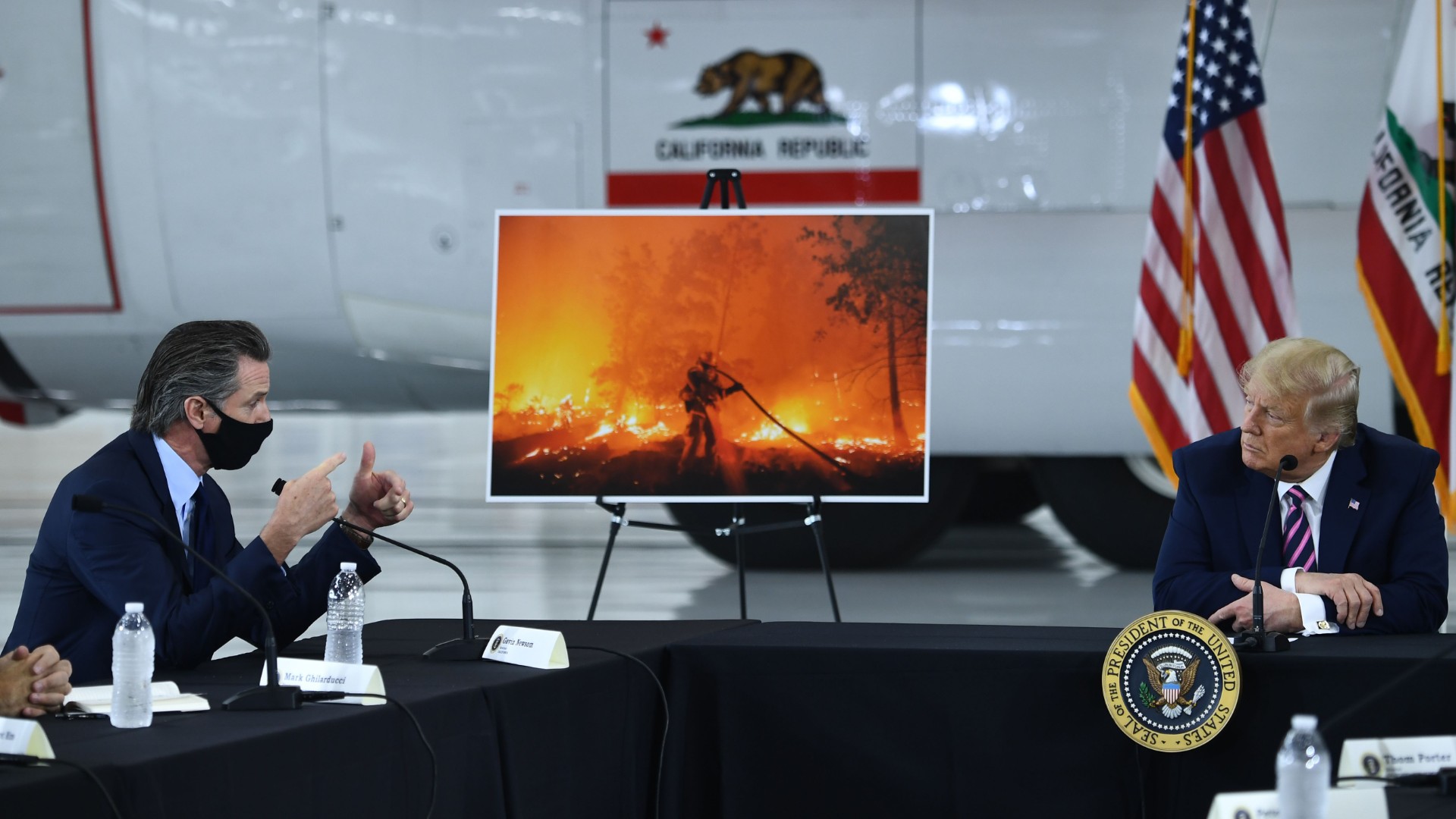 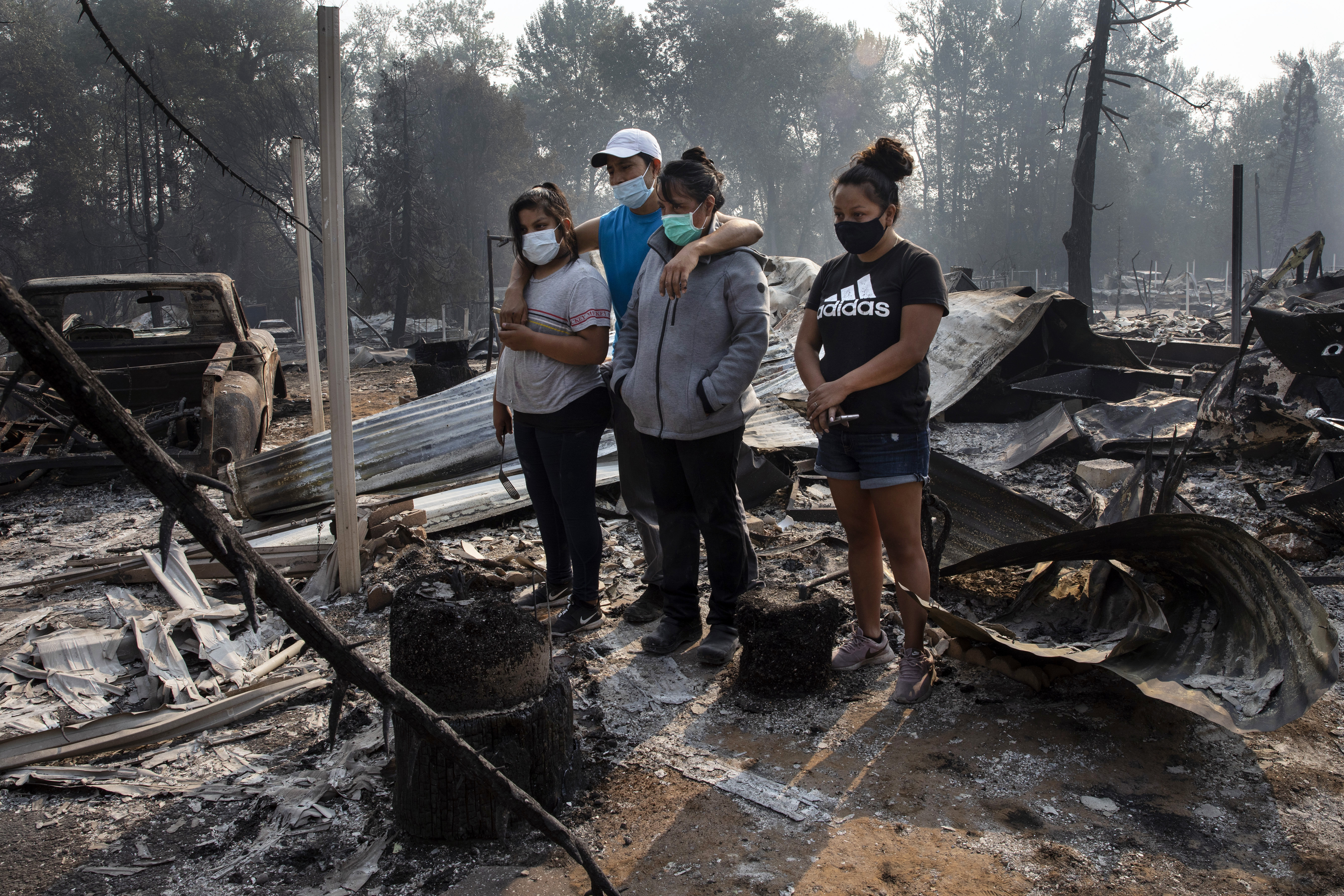