What to Binge While You're Stuck at Home

Cities around the U.S. are closing museums, restaurants, bars, schools, and entertainment venues to encourage social distancing. That can leave you with a lot of extra time. Below are a few options to help keep you entertained, broken down by category.

I JUST WANT A GOOD LAUGH:
"Schitt’s Creek" - Netflix
In "Schitt’s Creek" it doesn’t matter if you’re broke and clueless. The once ultra rich Roses end up in a town originally purchased as a joke. The show celebrates the love found in family and community in a sardonic but sincere way. The final season will be on Netflix later this year, so catch up with the Roses ahead of the release and learn why the show has a cult following and several Emmy nominations.

"Brooklyn 99" - NBC, Hulu
Andy Samberg is joined by an all-star comic cast and the mere presence of Andre Braugher shakes up the classic cop show. Jake Peralta is basically the police officer your four-year-old son would be. The characters and relationships manage to feel genuine and concerned despite a mountain of juvenile antics, up to and including two annual antics each season: the Halloween Heist, and the Jimmy Jab games.

"The Good Place" - NBC, Hulu
This show manages to perfectly walk the line between surreal and totally heartfelt in every episode. Michael Schur brings “Parks and Recreation” vibes to the afterlife, and Ted Danson’s bowties and utter incompetence will make you feel better about any issues you have working from home.

BUZZWORTHY SHOWS I JUST DIDN'T HAVE TIME FOR BEFORE
"Russian Doll" - Netflix
Picture "Groundhog Day," with worse language and better costumes. Natasha Lyonne’s character Nadia finds herself reliving her 36th birthday in a loop, where she repeatedly dies. She’s faced with figuring out why and confronting the worst parts of herself along the way.

"Fleabag" - Amazon Prime
A raunchy British show written and created by Phoebe Waller-Bridge based on a one-woman show. The man character is free spirited, flawed, and hypersexual. The audience is often privy to fourth wall breaks allowing for insight into her pain and humanity. The show concluded at two seasons, with 11 Primetime Emmy nominations and six wins.

"Marriage Story" - Netflix
Get the tissues before starting this one. Adam Driver and Scarlett Johansson move through the stages of a relationship as it grows and changes. It’s not just about marriage, or divorce, or family even. The film was nominated for several awards and was beloved by critics. 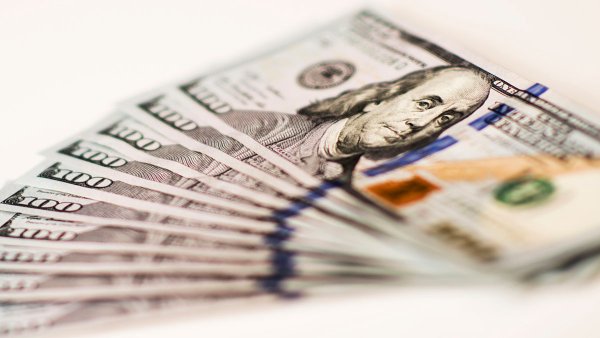 Building a Savings Cushion in a Time of Emergency 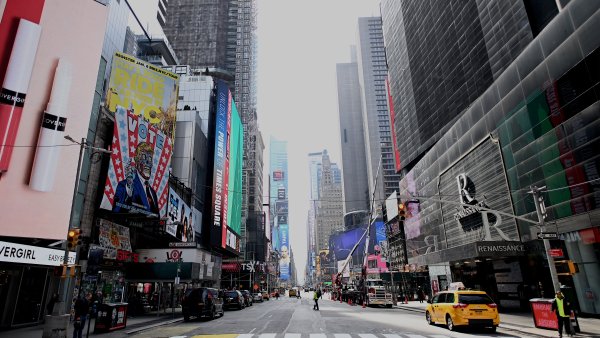 Can the Federal Government Order a National Quarantine?

SCARE ME
"The Stranger" - Netflix
Based on the Harlan Coben novel of the same title, the series looks at how a quick statement from a stranger at a bar unravels a man’s entire life.

"Train to Busan" - Netflix
This thriller is worth the subtitles. A South Korean zombie apocalypse looks at class and privilege as citizens try to survive on the train.

GIVE ME SOMETHING TO LISTEN TO:
The Happiness Lab: If you want to know what the secret to happiness is, join the Happiness Lab as it moves through the most popular course ever at Yale and looks at the scientific research of what contributes to human happiness. It may surprise you to find out that what most of us think will make us happier isn’t even close to what the research says.

Hurry Slowly This podcast talks about boosting productivity and creativity by doing something most of us aren’t comfortable with... slowing down. Expert guests weigh in on how they’ve gone against the curve to build a better life for themselves by slowing down to feel.

The Science of Success Podcast This podcast uses evidence to figure out how people can make decisions that improve their lives and become better versions of themselves using experts and psychology.

STUCK AT HOME WITH MY KIDS! PLEASE...HELP ME...PLEASE!:
"Carmen Sandiego" Netflix
If for nothing more than nostalgia, the revival of this series is exciting for parents. A skilled thief travels the world shutting down evil plans around the world. Gina Rodriguez’s voices the educational series. Netflix also recently debuted an interactive episode of the series "Carmen Sandiego: To Steal or Not to Steal" which lets viewers make choices about what happens in the episode.

"Powerbirds" Universal Kids
A new series on Universal Kids follows Max and his pet parakeets Ace and Polly have to keep the city safe while Matt’s away.

"Kipo and the Age of Wonderbeasts" Netflix
Based on a webcomic of the same name, Dreamworks and Netflix released a ten-episode series following Kipo Oak as she looks for her dad in a post-apocalyptic world. This series has a complex enough story line to be appealing for all age ranges and has enough production value to keep an adult’s attention.