According to the High-Speed Rail Authority’s 2020 business plan, the agency has access to around $20 billion over the next 10 years.

As Congress works to finalize the largest infrastructure spending bill in decades, a growing number of state lawmakers in Sacramento have begun to raise doubts about California’s biggest venture, the high-speed rail project.

After years of years of battling with property owners, the Trump administration and a global pandemic, California’s High Speed Rail Authority finds itself fighting resistance from state lawmakers even as the project is starting to show obvious progress on the ground. 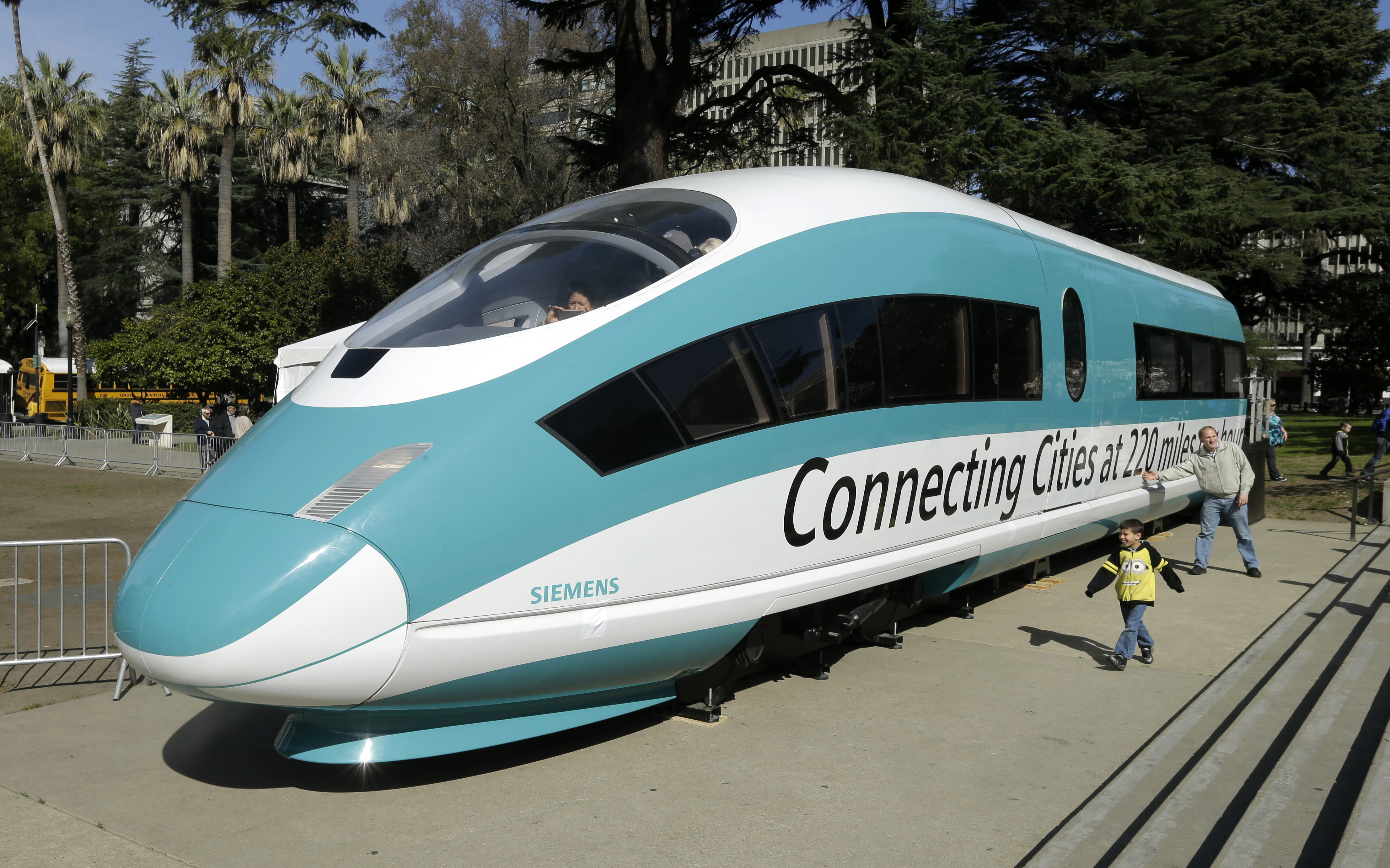 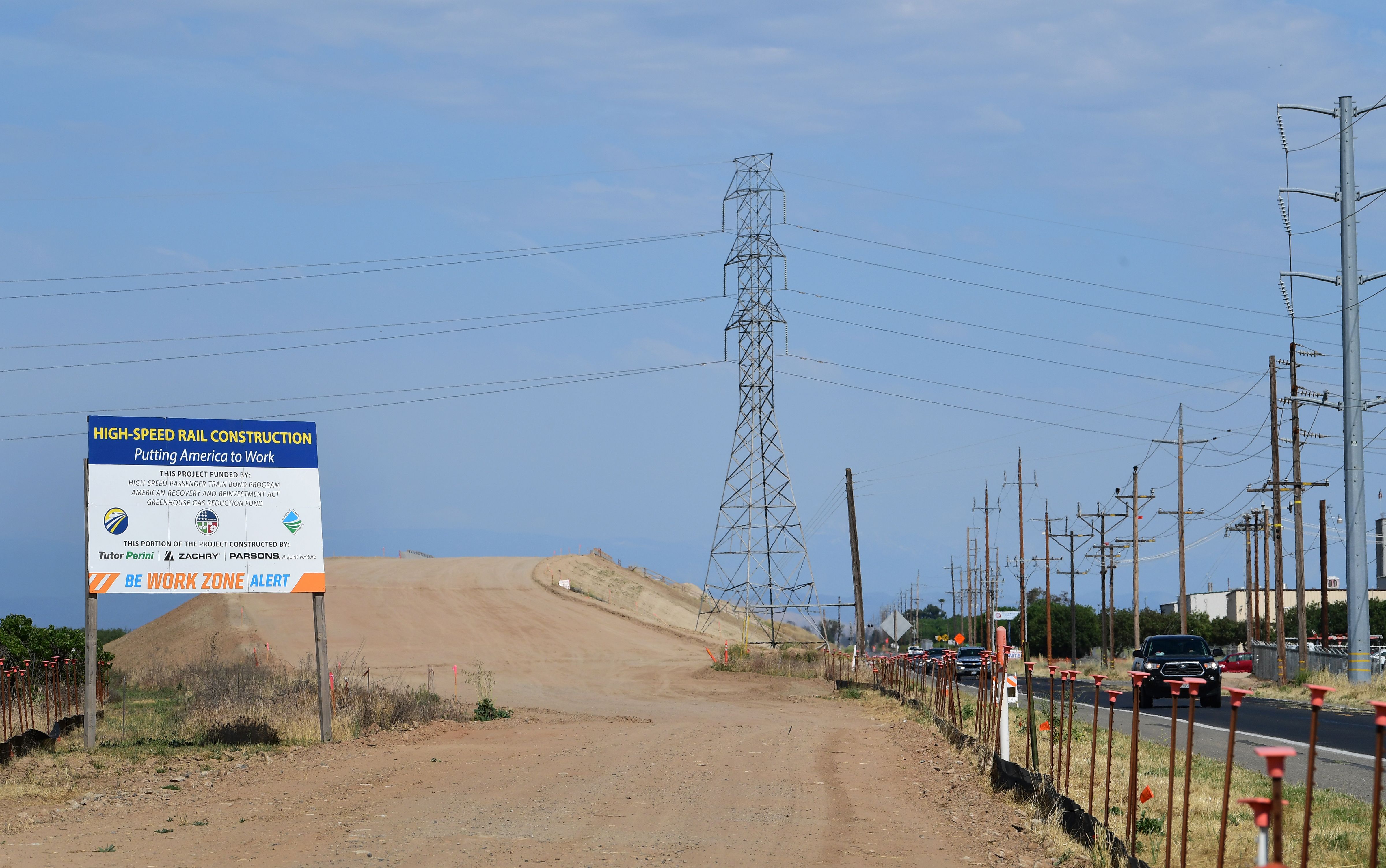 US Will Restore $1B for California's Troubled Bullet Train

Visitors along Highway 99 can now easily see the skeleton of the high-speed rail line finally taking form in the Central Valley. Viaducts and cranes outline the initial 171-mile segment that’s expected to take riders from Merced to Bakersfield by 2029 when it’s finished.

Even with that progress, a growing number of decisionmakers in Sacramento say the project remains headed in the wrong direction.

“I think the, ‘If you build it, they will come,’ theory is pure fantasy,” Assembly Speaker Anthony Rendon told NBC Bay Area. “They will come where? How will they magically appear in Merced?”

Speaker Rendon wants to divert the rest of the money earmarked for high-speed rail to upgrade existing public transit systems like Caltrain and Metrolink. He told NBC Bay Area that he believes there’s now enough opposition in the legislature to the project that he has the votes to do it.

In March, the High-Speed Rail Authority presented its latest business plan to the legislature. Members of both parties expressed frustration with the plan as presented as well as with the current state of the project.

“The definition of insanity is doing the same thing and expecting a different result,” Assemblymember Vince Fong, R-Bakersfield, said during the hearing where the plan was unveiled.

According to the High-Speed Rail Authority’s 2020 business plan, the agency has access to around $20 billion over the next 10 years. That would be just enough money to finish building the Central Valley segments of the overall project according to an independent legislative analysis. Lawmakers will then have to raise an additional $50 to $80 billion through taxes or fees to build the rest of the system connecting San Francisco and Anaheim. However, Rendon says he’s not prepared to raise another penny until he sees a new plan.

High-Speed Rail CEO Brian Kelly has spent the past two years negotiating with Washington to restore nearly a billion dollars in funding that had been pulled by the Trump administration for failure to meet construction deadlines. Now he’s facing another battle, now with Sacramento.

“Nobody wants to leave [the project] partially constructed in the valley,” Kelly told NBC Bay Area. “As we finish that work and it's constructed, the question at some point has to be, “What do you have?’ And I want to have electrified high-speed rail.”

The impasse with state lawmakers is just the latest setback for a project that’s had a year of challenges. The COVID-19 pandemic slowed the pace of construction as more than 300 workers were forced to quarantine. In May, Chief Operating Officer Joe Hedges suddenly resigned after three years on the job. A move that came with few publicly released details about why he left.

As the agency searches for hedges’ replacement, Kelly believes he can work with lawmakers to advance public transit in all regions of the state.

“It's not this or that. It's both,” Kelly said. “I respect the legislature. We've got to work through these issues and we're not in full agreement yet. But we'll get there.”

Under the Obama administration, high-speed rail received two grants totaling $3.4 billion. Kelly believes the project is eligible for more federal funding if the $1 trillion bipartisan infrastructure bill introduced by the new Biden administration becomes law. Meanwhile, Rendon believes the Assembly is committed to blocking all future funding for high-speed rail in next year’s budget if the High-Speed Rail Authority doesn’t present him and other lawmakers with a new business plan.