Every year the state posts data about violence and drugs in California schools on its website.

The online database appears to be a useful resource, but the NBC Bay Area Investigative Unit found some of the data is wrong.

And no one is monitoring the data. 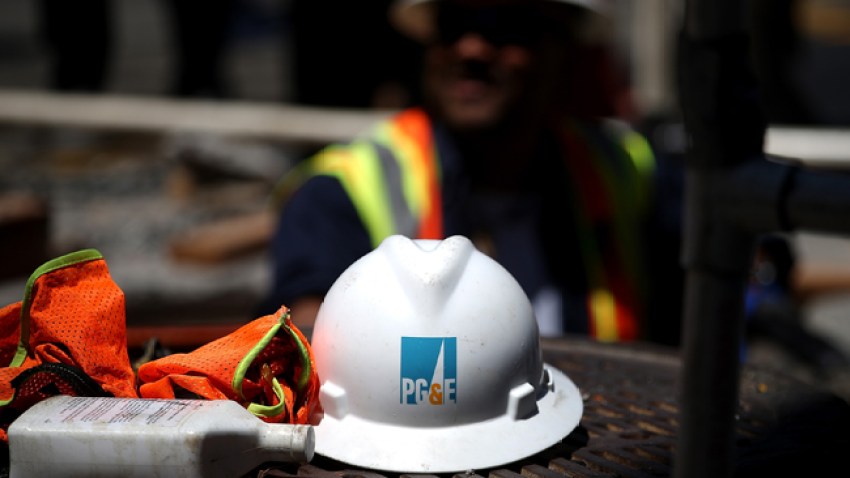 It is a state system made up of data submitted by school districts across California, mandated by the No Child Left Behind Act (NCLB)

Schools are required to report firearm-related incidents, suspension and expulsions.

The states uses the data to identify “persistently dangerous schools” or PDS.

In California, PDS is based on the number of expulsions recorded for specific violent offenses. If a school expels a high enough number three years in a row, they're designated as PDS.

No California school has received the PDS label since NCLB was implemented about a decade ago.

At the San Lorenzo Unified School District, for example, state records show about half the student body at Lorenzo Manor were suspended last year for bringing firearms on campus.

At San Lorenzo High School alone, there were also 1,500 suspensions for firearm violations.

That’s the highest in the state and more than the number of students enrolled there.

So why did the district report 6,500 students suspended for firearms district wide last year?

Byas blamed a reporting error. He says fewer than 1,800 students were suspended last year and none were for firearm offenses.

“There is no way to get around the fact that we reported some numbers that are truly absurd,” said Ammar Saheli, Director of Student Support Services at San Lorenzo Unified School District.

He admitted he was not aware of the incorrect data, until NBC Bay Area notified him and said he is working to correct the data.

NBC Bay Area asked Superintendent Byas if he reviewed the data before submitting it.

“No, I don’t have time to go through every 300 page document,” Byas answered, “most of the time, data is correct. This time it wasn't’t.”

However the Investigative Unit found it to be inaccurate the year before as well: the San Lorenzo Unified School District did not submit any data for most schools.

“We expect districts to accurately report the data and check the data, before they report to us,” Stephanie Papas with the California Department of Education told NBC Bay Area.

“There is no responsibility on the state’s part to monitor the data,” Papas said.

However the state uses the data to identify PDS.

So if the data is incorrect, the state will not have an accurate picture of what’s really happening on California campuses.

One Bay Area school came close to a PDS label by accident.

In 2009, the Mount Pleasant School District in Santa Clara County coded all suspensions and expulsions as firearm incidents by mistake.

That included eleven expulsions at August Boeger Middle School, causing it to be flagged as “at risk” of PDS.

When contacted, no one at the district knew the data was submitted incorrectly.

The district issued this statement in response:

Normal 0 false false false EN-US X-NONE X-NONE MicrosoftInternetExplorer4 /* Style Definitions */ table.MsoNormalTable {mso-style-name:"Table Normal"; mso-tstyle-rowband-size:0; mso-tstyle-colband-size:0; mso-style-noshow:yes; mso-style-priority:99; mso-style-parent:""; mso-padding-alt:0in 5.4pt 0in 5.4pt; mso-para-margin:0in; mso-para-margin-bottom:.0001pt; mso-pagination:widow-orphan; font-size:10.0pt; font-family:"Times New Roman","serif";} "Here in the Mount Pleasant School District we had someone new to the role, as well as unfamiliar with the different ed-codes for suspension/expulsion. The communication of what expulsion data was required to be entered was not clear from my Offices in Student Support Services. The hard copy of the final report...was not reviewed as it should have been and was submitted with incorrect information. We will be contacting the CDE to see how this can be corrected.”

In the Los Altos School District, one student was caught with a knife and another with an air soft gun according to district records. Both were suspended, but neither instances appear in the state data. Both Loyola Elementary and Santa Rita Elementary categorize all their suspensions as "related to physical injury"

The superintendent says he’s looking into it.

“If school districts think that nobody is going to really review the data then they take it upon themselves to have a lot of discretion how they want to report crimes,” he said.

“For some districts it may be flawed, for many districts that report accurately, it's very useful information,” Papas argued.

It is useful data and used frequently. The data is cited in studies, on safety website and is used by the media and even lawmakers.

Right now there is no federal funding for the state to monitor or audit the data.

Papas said the state is doing the best they can with the resources they have.

“I believe improvements could be made. I think you addressed one area of improvement, and that could be closer monitoring, at the school site, district and state level,” Papas said

This is the first year the state did a check of the submitted data. They say from a quick scan, about 60 reports appear inaccurate, although the state did not identify those districts.

Editor’s Note: Some of the campus video featured in this report is generic school video and not necessarily from the schools mentioned.