The Federal Deposit Insurance Corp. will unveil this week a new investment fund backed by corporate giants that will offer stakeholders a way to channel much-needed capital to banks owned by and in support of people of color.

The new Mission-Driven Bank Fund will exclusively invest at banks that service minority, lower-income and rural communities that often suffer from a lack of long-term capital, according to documents seen by CNBC.

The project represents the latest government-backed effort to support minority-owned banks, which have struggled in recent decades because of failed loans, competitors that are larger as a result of  mergers and acquisitions, and financial downturns that have an outsized impact on smaller banks. 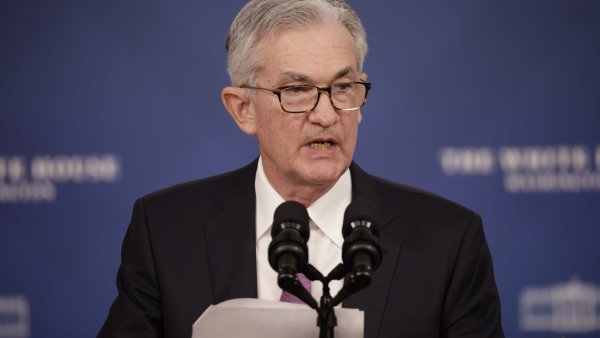 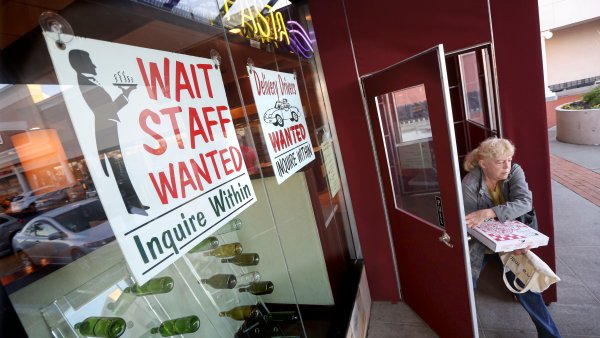 "One of the things that I heard in the beginning, and in particular for Black banks, was a lack of capital. Finding good capital to come to the banks was the No. 1 thing," FDIC Chair Jelena McWilliams told CNBC on Monday.

Microsoft and Truist Financial are so-called anchor investors in the fund, each putting in tens of millions of dollars to help it launch. The fund, also supported by media giant Discovery, has raised approximately $120 million to date.

The fund's conception and design also implicitly endorse a new school of thinking on the best ways to support minority-owned, community-focused banks that center on the importance of long-term "patient" capital.

Longer-term investments — such as equity or debt financing — allow lenders greater flexibility to lend capital to borrowers at a profit, the main moneymaking lever for consumer and small-business banks.

Minority bank advocates hope that more million-dollar corporate deposits or a greater number of certificates of deposit will buy smaller banks enough time to not only generate profits but also to help rectify race-based economic inequities.

McWilliams said her early work on the fund included conversations with small bank CEOs about how the federal government could best help them in their mission to boost homeownership and business formation among communities of color.

"This fund is supposed to leverage the investments from others under the brand of the FDIC," she said, "and then allow every dollar to be multiplied exponentially for the benefit of homeowners and small businesses and credit in the communities where it is needed the most."

Founded in the aftermath of the Great Depression of the 1930s, the FDIC is perhaps best known as one of the nation's top bank regulators, and it insures American consumers against sudden deposit losses at member banks. In an effort to prevent "bank runs" through deposit insurance, the FDIC ensures that member banks meet a variety of financial stability metrics.

Then-President Donald Trump nominated McWilliams to lead the FDIC, and the Senate confirmed her appointment in May 2018.

The FDIC will have no role in managing the fund since doing so could pose legal headaches and potential conflicts of interest for the bank regulator.

Still, the idea for the fund was first pitched by McWilliams, who said she was inspired a few years ago during a flight. Flicking through her seatback television, she eventually tuned to ABC's popular investing show "Shark Tank." Reruns of "Shark Tank" also air during prime time on CNBC.

"As I saw different investors pitching their themes to the sharks, I thought, 'Well, why don't we have a "Shark Tank"-like fund for minority depository institutions?'" McWilliams recalled. "As soon as I landed, I called up Brandon [Milhorn], who's my chief of staff here. And I said, 'Brandon, I want us to have a "Shark Tank" for minority banks.'"

Years later the fund is ready to launch. Investors will have a new way to drive capital to two special classes of lenders known as Minority Depository Institutions and Community Development Financial Institutions, collectively known as "mission-driven" banks.

The FDIC defines an MDI as any bank it insures for which 51% or more of its voting stock is owned by minority individuals, or a majority of its corporate board are members of a minority group and the community that it serves consists predominantly of minority groups.

The Treasury Department certifies every MDI and CDFI, which must show that at least 60% of their total lending, services and other activities benefit low-income communities. As of March 2021, the FDIC insured 142 MDIs and 172 CDFIs.

Bank leaders hoping for an investment from the Mission-Driven fund will submit pitches to the committee and the forthcoming manager, who will decide whether to provide the lender with an equity investment, debt financing, loss-sharing agreements or other capital.

"Supporting mission-driven banks aligns perfectly with Microsoft's commitments to address racial injustice and inequity," Anita Mehra, Microsoft's corporate vice president of global treasury and financial services, said in prepared remarks. "We look forward to the seeing the continued opportunities this will help provide for mission-driven banks and the communities they serve."

"MDIs and CDFIs play crucial roles serving the needs of minority and rural neighborhoods, and Truist has an established history of partnering with these organizations. We're extending this commitment through an innovative approach to capital investments and we believe this will significantly enhance these institutions' ability to provide positive outcomes for our communities," said Truist CEO William H. Rogers Jr.

Small community banks tend to generate a significant percentage of their available capital through customer deposits. But unlike equity ownership or debt financing, deposits can be redeemed by savers at any time and are considered liabilities on a bank's balance sheet.

During the pandemic, "41% percent of Black-owned businesses at a national level closed," Pugh said Monday. "Many of those businesses went under because, frankly, they just did not have the access to capital to survive a catastrophic situation."

Black communities have for decades been underserved by the U.S. banking sector.

In a 2016 complaint, the Consumer Financial Protection Bureau alleged that BancorpSouth unlawfully denied Memphis-area Black applicants certain mortgage loans. The CFPB also asserted that the bank forced its employees to review applications from people of color faster than those from white applicants and not to provide minority applicants with credit assistance.

Three years later, a review of more than 7 million 30-year mortgages led the University of California at Berkeley to conclude that Black and Latino borrowers pay "0.079% and 0.036% percentage points more in interest for home-purchase and refinance mortgages, respectively, because of discrimination."

"The reason that patient capital is needed is because the institutions like Carver — the work that we're doing, is very much focused on rebuilding by revitalizing communities," often a yearslong process, Pugh said. "If you don't have the equity investment, then you don't have the capital and your lending opportunities become constrained."

That lending, Pugh said, is critical in a bank's ability to grant mortgages or provide funding to small businesses that "drive the economic engines of our nation." As both an MDI and a CDFI, Carver reinvests 80 cents of every dollar it receives in deposits back into Harlem, Brooklyn and Queens.

An FDIC survey found last year that 13.8% of Black households in America don't have bank accounts at all, compared with 5.4% of the overall population.

Lenders contend that these differences reflect the fact that minorities tend to have less cash on hand and lower credit scores. Their critics argue the disparities represent historical and structural problems that banks have a moral obligation to help solve.

"Banks, if you kind of think about the overarching premise, we take in deposits, and then we lend that money out," Pugh said. "And we should be doing it in a responsible way to help support the communities that we serve."