The scene at the White House on Thursday might have been hard to fathom just one year ago.

A diverse crowd of lawmakers, activists and community leaders — including pop icon Usher, with whom many photos were taken — gathered in the East Room to witness President Joe Biden sign into law a new federal holiday: Juneteenth, which on June 19 commemorates the end of slavery in the United States.

With coronavirus infections near record lows in the U.S. amid a full-bore vaccination campaign at all levels of government, few members of the indoors, in-person crowd were seen wearing masks.

"We are gathered here, in a house built by enslaved people," said Vice President Kamala Harris, the first Black woman to hold the title. "We are footsteps away from where President Abraham Lincoln signed the Emancipation Proclamation, and we are here to witness President Joe Biden establish Juneteenth as a national holiday."

"We have come far and we have far to go, but today is a day of celebration," Harris said.

As she spoke, the president stepped off the podium and approached the front row, then knelt down to embrace Opal Lee, the 94-year-old Texas activist credited as a driving force behind the push for the new holiday. 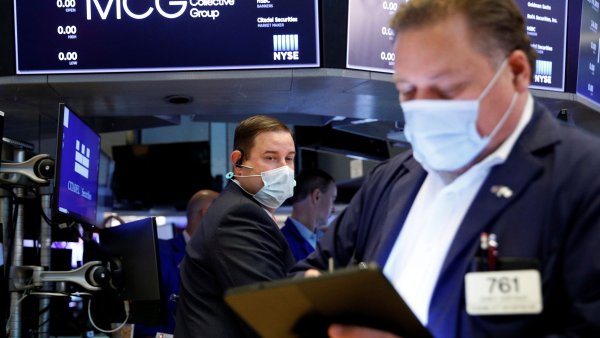 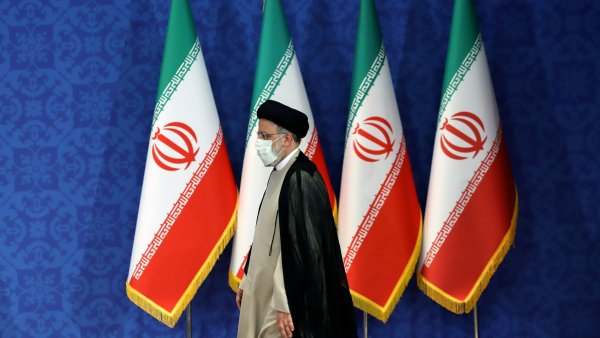 "I've only been president for several months, but I think this will go down, for me, as one of the greatest honors I will have had as president," Biden told the crowd before signing the bill into law.

The 11th national annual holiday was established just two days before Juneteenth itself, and less than three weeks after the 100th anniversary of the Tulsa race massacre. It also came on the heels of the first anniversary of the death of George Floyd, the unarmed Black man whose caught-on-tape murder in police custody triggered a nationwide eruption of civil unrest.

At a time when Republicans and Democrats agree on virtually nothing, they came together this week to vote overwhelmingly in favor of making Juneteenth a federal holiday.

Yet just a year ago in mid-June of 2020, all of those factors — Tulsa, Juneteenth, the waves of protest and the Covid pandemic — posed problems for then-President Donald Trump, who had come under fire for announcing plans to hold a rally in Tulsa on the holiday.

"I made Juneteenth very famous," Trump told The Wall Street Journal after moving the date of the rally. "It's actually an important event, an important time. But nobody had ever heard of it."

The contrast between Trump's final Juneteenth as president and Biden's first could hardly be more stark. It illustrates not only the seismic changes at play in the nation and how they shaped the present, but also the difference in how the two presidents have approached issues of race.

The path to a federal holiday

Juneteenth celebrates the date in 1865 when enslaved Black people in Texas finally heard that they had been freed under the Emancipation Proclamation, which President Abraham Lincoln had issued more than two years earlier.

The Confederate Army under Gen. Robert E. Lee had surrendered at Appomattox in Virginia on April 9, 1865, a capitulation that led to the end of the Civil War. But it wasn't until June 19 that Union forces under Gen. Gordon Granger arrived in the coastal city of Galveston, Texas, to deliver General Order No. 3, officially ending slavery in the state.

"The people of Texas are informed that, in accordance with a proclamation from the Executive of the United States, all slaves are free," the order reads.

The name "Juneteenth" evolved from numerous different names and spellings over the course of decades, historians note.

While the vast majority of states already recognize Juneteenth as a holiday, activists such as Opal Lee have fought for decades for the day to receive federal designation.

"The fact is none of us are free till we're all free," Lee told The New York Times in a June 2020 interview.

One year later, Lee attended the White House ceremony to designate Juneteenth as the the first new holiday since Martin Luther King Jr. Day in 1983.

Previous attempts to pass a Juneteenth bill in Congress were unsuccessful. In 2020, one such bill was blocked in the Senate by Ron Johnson, R-Wis., who objected to the cost of giving federal employees another day off.

This time around, he backed off, saying in a statement: "It is clear that there is no appetite in Congress to further discuss the matter."

"In two words, it's George Floyd," said Karlos Hill, chair of the African and African-American Studies Department at the University of Oklahoma, in an interview with CNBC.

In May 2020, video of former Minneapolis police officer Derek Chauvin kneeling on Floyd's neck for more than nine minutes had set off a firestorm of protests around the country. The officer's conduct drew condemnation from across the political spectrum, and prompted lawmakers to draft a police reform bill in Floyd's name.

"It took something that stark to change the conversation," Hill said.

"These things are connected deeply," Hill said, explaining that the shock of Floyd's death "created a space and opportunity for Juneteenth."

Few lawmakers — even those with complaints about the bill — stood in the way this week, when the legislation introduced by Sen. Edward Markey, D-Mass., flew through Congress.

The bill was approved unanimously in the Senate on Tuesday night. A day later, it passed the House in an overwhelming 415-14 vote. The 14 votes against were all Republicans, while 195 GOP lawmakers voted yes.

Among the Republican criticisms were that the decision to name the holiday "Juneteenth National Independence Day" clashed with the existing Independence Day on July 4. They pointed out that the holiday has also been referred to as Jubilee Day, Emancipation Day and other names throughout its history.

Others complained, like Johnson, about the estimated hundreds of millions of dollars in revenue lost by giving federal workers another day off. And some lawmakers railed against Democrats for rushing the bill to the House floor, bypassing congressional committees and the opportunity to vote on amendments in the process.

One Republican, Matt Rosendale of Montana, issued a statement before the final vote announcing his opposition to the measure because, he claimed, it was an effort to further "identity politics" and "critical race theory" in America.

In a statement Friday afternoon celebrating Juneteenth, Republican National Committee Chairwoman Ronna McDaniel said of her party: "We enthusiastically welcome its adoption as our newest national holiday after President Trump called for it last year."

In September, Trump as part of a series of overtures to Black voters did promise to establish Juneteenth as a national holiday. But there is much more to Trump's relationship to Juneteenth than McDaniel's statement suggests.

In June 2020, with the pandemic raging, no vaccines in sight and then-candidate Biden holding a clear edge in the polls, Trump announced he would return to the campaign trail to hold in-person events.

The marquee event of his campaign kickoff: a rally in Tulsa, Oklahoma, on June 19.

The Trump campaign initially defended the scheduling decision as an opportunity for him to tout his "record of success for Black Americans." But critics called it a slap in the face for Trump to pick Juneteenth to come to Tulsa, the site of one of the worst White-on-Black massacres in U.S. history, to re-launch his re-election campaign in the middle of a national upheaval about racism.

The Wall Street Journal's Michael Bender, in an adapted excerpt from his forthcoming book about Trump's election loss to Biden, reported that top campaign official Brad Parscale had selected the time and place for the rally, and that he had "dug in" after others urged him to make changes.

Bender reported that Trump, bewildered by the backlash to the rally date, had asked a Black Secret Service agent if he knew about Juneteenth. The agent said that he did know about it, adding, "It's very offensive to me that you're having this rally on Juneteenth," according to Bender.

Less than a week before the rally, Trump tweeted he would move the event to June 20, after hearing from "many of my African American friends and supporters" who have "reached out to suggest that we consider changing the date out of respect for this Holiday."

On Juneteenth itself, Trump's White House issued a proclamation celebrating the holiday as a reminder of "both the unimaginable injustice of slavery and the incomparable joy that must have attended emancipation."

Less than a month earlier, the Floyd video had prompted millions of people to participate in marches and demonstrations against systemic racism and police brutality. Numerous protests led to outbreaks of violence and looting in major cities.

Before the event at Tulsa's BOK Center, Trump, who at that point was still active on Twitter, took to the social media app to issue an ominous threat for potential counterdemonstrators.

"Any protesters, anarchists, agitators, looters or lowlifes who are going to Oklahoma, please understand you will not be treated like you have been in New York, Seattle or Minneapolis," Trump tweeted. "It will be a much different scene."

The Rev. Al Sharpton, who gave a Juneteenth address in Tulsa that Friday, at the time accused Trump of "provoking an incident" with the tweet.

Trump's crowd in Tulsa fell short of expectations, failing to fill thousands of seats in the nearly 20,000-capacity arena. But in attendance was Herman Cain, a prominent Black businessman, conservative commentator and former Republican presidential candidate.

The 74-year-old Cain, a stage 4 cancer survivor, was photographed at the event sitting next to other people, none of whom appeared to be wearing masks.

In early July, Cain was hospitalized with the coronavirus, and he was put on a ventilator as his condition worsened. He died July 30, making him among the most high-profile people in the U.S. to succumb to the virus. Cain's associates have said there is "no way of knowing for sure" how or where he caught Covid.

The Journal's Bender reported that Trump raged about his lack of support from Black voters on the day after the Tulsa rally.

"I've done all this stuff for the Blacks — it's always Jared [Kushner, Trump's son-in-law,] telling me to do this," Trump told one confidant, Bender reported. "And they all f------ hate me, and none of them are going to vote for me."

Hill said that the U.S. is now "in a different reality" compared with last June, "in a sense that we've witnessed the full fallout from George Floyd."

"We've gone on as if things have rectified themselves, and that's just not the case," Hill said. As a federal holiday, "Juneteenth might, just might, give pause to that."