Firefighters continue battling a wildfire that broke out in the rugged mountains along Big Sur, forcing hundreds of residents on this precarious stretch of the California coast to evacuate and authorities to shut its main roadway.

The wildfire started in the Palo Colorado Canyon and grew to more than 700 acres with 35% containment as of Sunday night, according to Cal Fire. The wildfire was being called the Colorado Fire.

The fire started Friday night in a steep canyon and quickly spread toward the sea, fanned by strong winds up to 50 mph (80 kph). The blaze burned at least 2.3 square miles (6 square kilometers) of brush and redwood trees, said Cecile Juliette, a spokesperson for the California Department of Forestry and Fire Protection.

“The fire lined up with the wind and the terrain and that gave the fire a lot of energy to make a big run,” she said Saturday.

Authorities made contact with about 500 residents, urging them to evacuate the sparsely populated area between Carmel and Big Sur. More than 250 firefighters from multiple agencies and volunteer groups, aided by water-dropping aircraft, contained 20% of the blaze.

“The winds have died down and that has worked in our favor,” she said.

Authorities closed a stretch of Highway 1 with no estimated time for reopening. The two-lane highway along Big Sur is prone to closures due to fire and mudslides from heavy rain made portions of the roadway collapse last year and in 2017.

Due to potential damage from the Colorado Fire, the Monterey County Health Department on Sunday was advising residents to boil their tap water and/or use bottled water for drinking and cooking.

The advisory was issued due to potential water system infrastructure damage from the fire.

Residents should bring all water to a boil, let it boil for one minute, and let it cool before using, to kill bacteria and other organisms in the water.

The Colorado Fire shelter that has been established at Carmel Middle School will be closing on Monday at 7 a.m. County officials reported that while 75 residences were evacuated only a handful of people used the emergency facility. Colorado Fire evacuees can still access shelter information by calling 2-1-1. Discounted hotel rooms are available in Carmel, including pet friendly options. Valid ID showing an address from an evacuation zone is required. 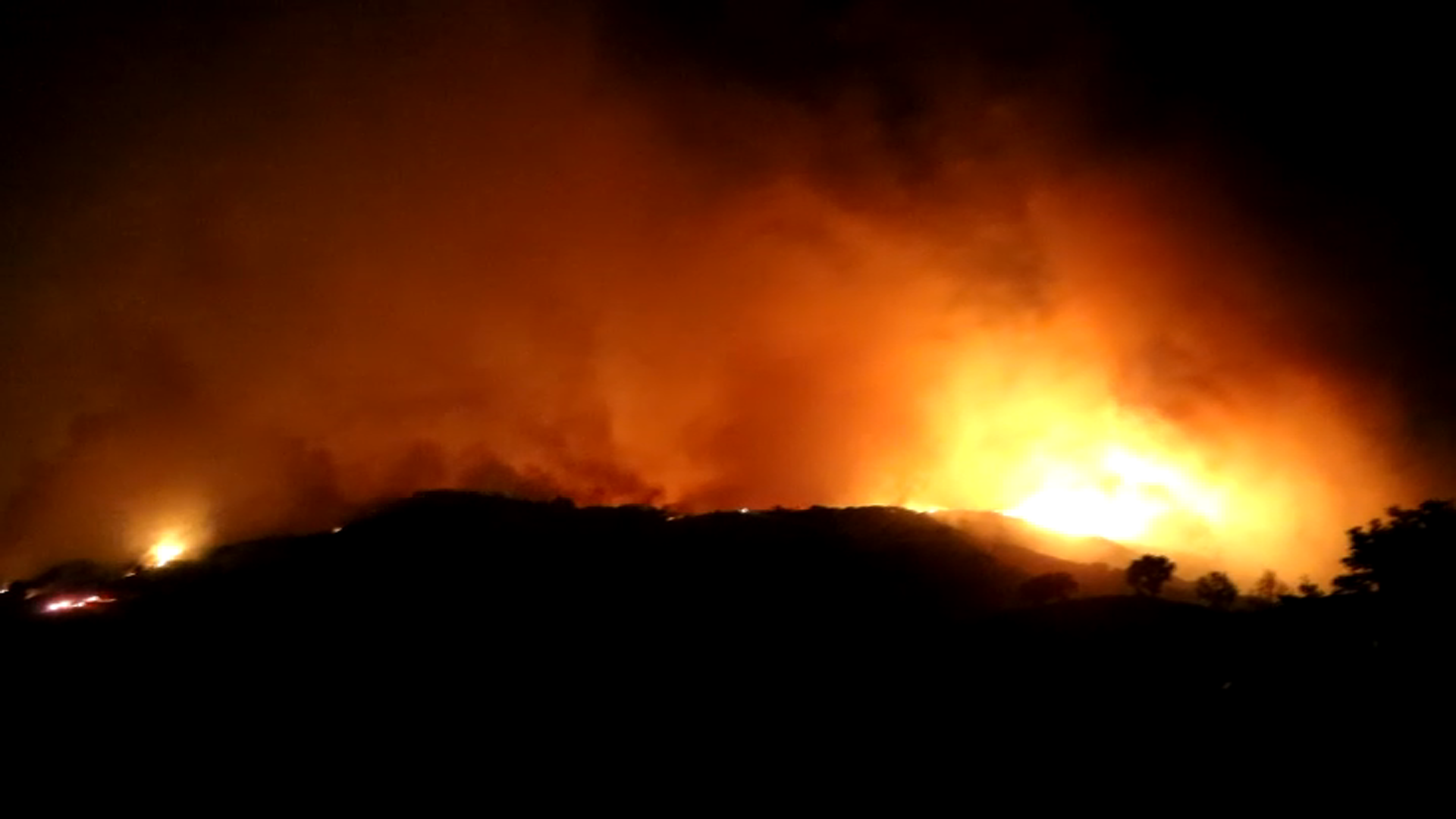 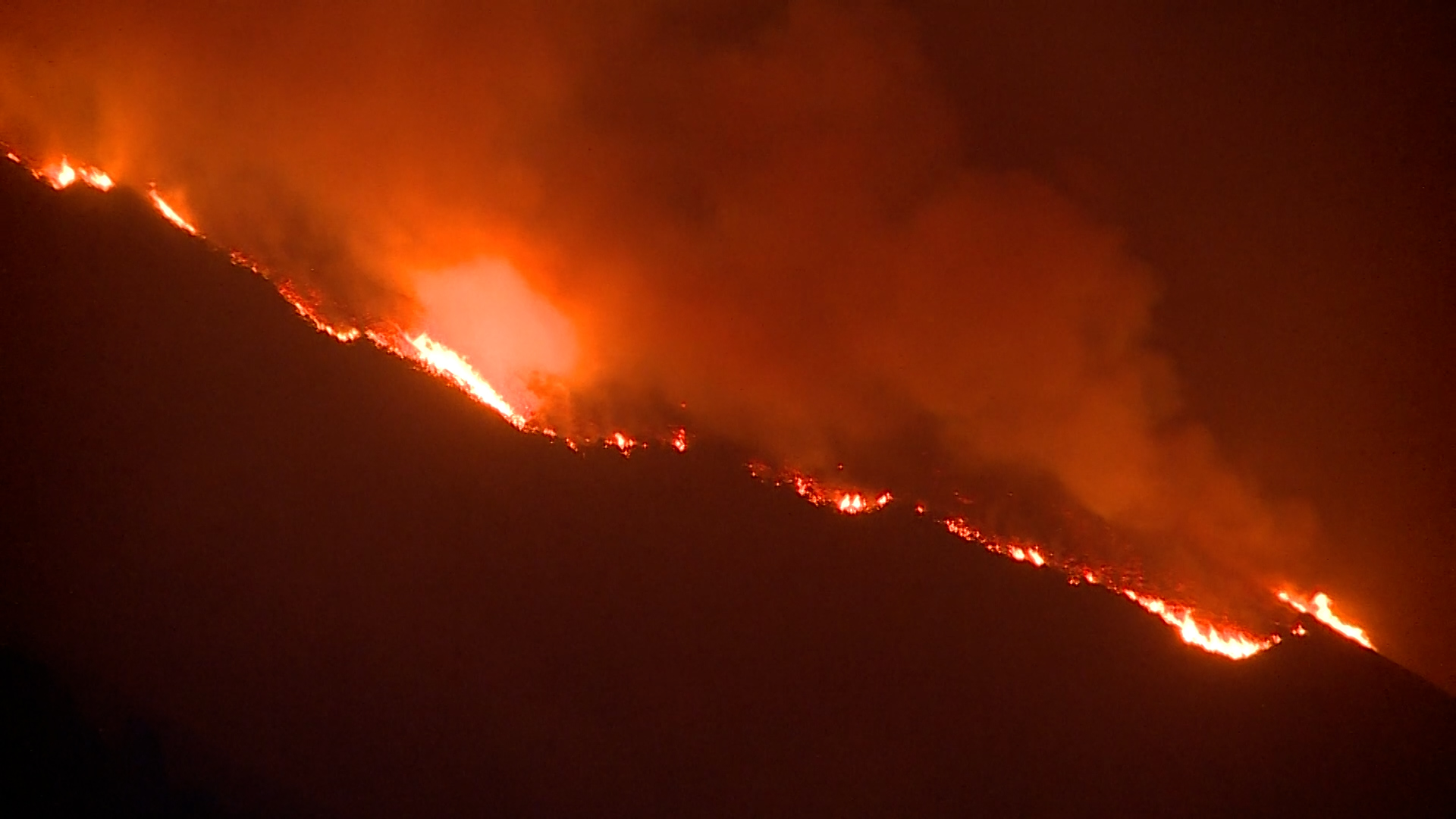 Evacuees shared on social media dramatic images of flames burning behind iconic Bixby Bridge. The tall concrete span has been the backdrop of many car commercials, movies and TV shows, most recently the HBO drama “Big Little Lies.”

Strong winds were recorded across the San Francisco Bay Area overnight, knocking down trees and power lines and causing outages to at least 18,000 Pacific Gas & Electric customers in the region, the utility said. There were no immediate reports of injuries.

In Sonoma County, firefighters extinguished a 5-acre fire on Geyser Peak, where gusts above 90 mph (145 kph) were recorded. In the Sierra Nevada, the winds topped 141 mph (226 kph) near the summit of Kirkwood Mountain Resort, shutting several ski lifts.

In Southern California, a peak gust 90 mph (144 kph) was recorded in the mountains east of Santa Clarita. Strong winds developed across the region, toppling trees and powerlines.

The National Weather Service said a similar windy event happened in Bay Area nearly a year ago. A red flag warning of extreme fire danger was issued then due to the strong winds and much drier conditions.

This time, the region received a reprieve from December storms that dumped heavy snow in the mountains and partially refilled parched reservoirs.

However, Juliette said the winds quickly dried up vegetation weakened by a prolonged drought and lowered humidity level.

“It's unusual to have fire this size here on the coast at the end of January,” she said. “The fact that we had a fire this size is of great concern.”

The cause of the fire was under investigation.

The Associated Press and Bay City News contributed to the report.