“Another spike in cases in the winter holidays will be disastrous for our hospital system and ultimately will mean many more people simply won’t be with us in 2021,” LA County Public Health Director said.

Californians are being warned it is too risky to celebrate the winter holidays normally and if they don’t change plans a deadly explosion of coronavirus cases could follow.

The state has recorded a half-million coronavirus cases in the last two weeks, and Gov. Gavin Newsom said Monday that a projection model shows California could be facing nearly 100,000 hospitalizations within a month.

Authorities begged people to stay home, avoid mingling with anyone outside their own households and wear face coverings to prevent a surge upon a surge.

“Another spike in cases in the winter holidays will be disastrous for our hospital system and ultimately will mean many more people simply won’t be with us in 2021,” Los Angeles County Public Health Director Barbara Ferrer bluntly asserted in a briefing.

The current surge is overwhelming emergency rooms in urban centers and in rural areas including along the Mexican border where a small hospital system warns it is quickly running out of patient beds.

Conditions at El Centro Regional Medical Center in the southeast corner of the state are desperate, even worse than during a summer surge that caught the attention of the governor, hospital officials said.

“We don’t have space for anybody. We’ve been holding patients for days because we can’t get them transferred, can’t get beds for them,” said Dr. Alexis Lenz, an emergency room physician at the medical center in Imperial County, home to 180,000 people. 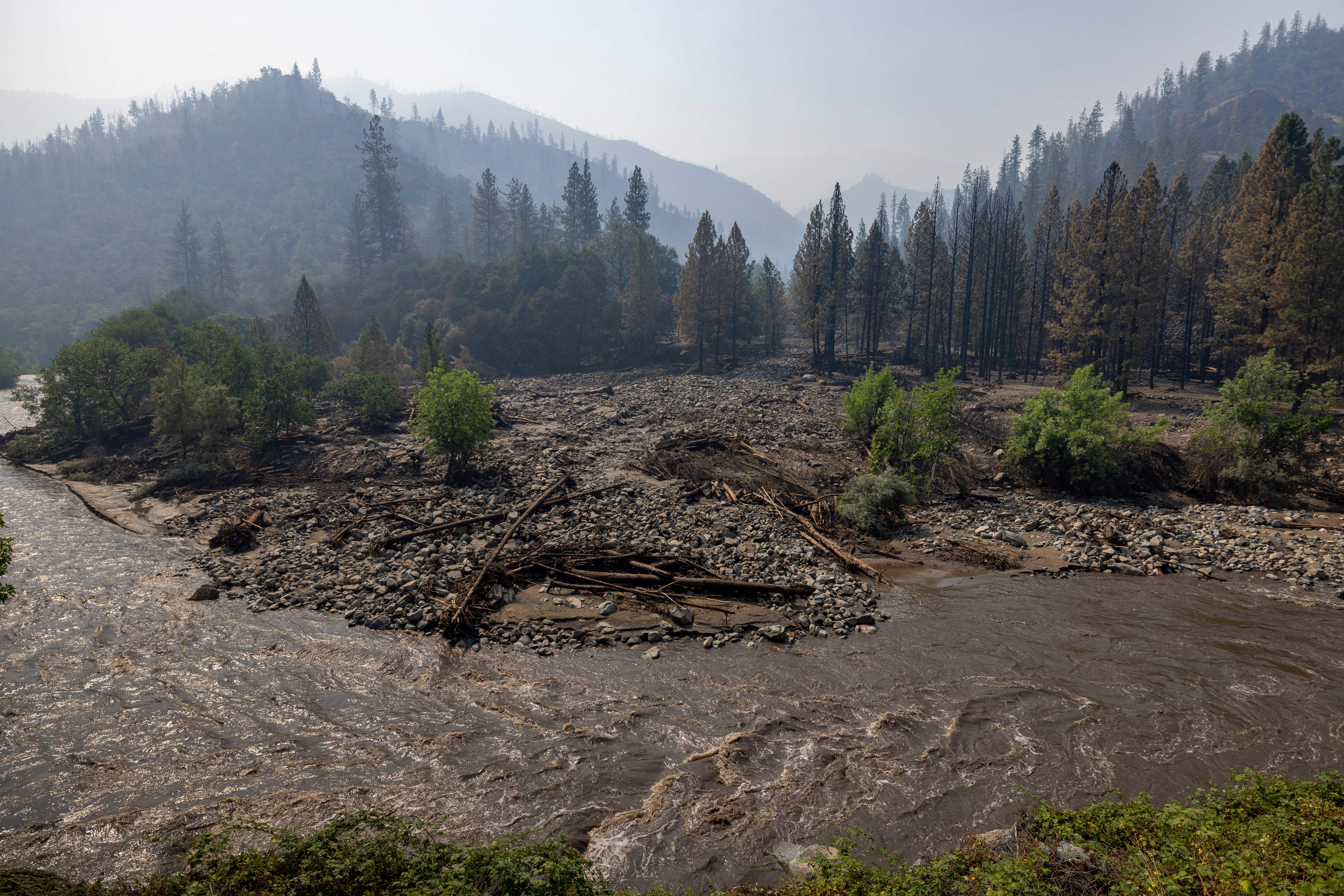 California is considering whether to impose new travel restrictions as the United Kingdom battles a mutant strain of the coronavirus. Roz Plater reports.

Of the 175 patients at the hospital on Monday, 131 had COVID-19. The facility licensed for 161 beds has erected a 50-bed tent in its parking lot and was converting three operating rooms to virus care.

Newsom, himself in a precautionary quarantine after possible exposure for the second time in two months, said he’s likely to extend his stay-at-home order for much of the state next week.

Dr. Mark Ghaly, California’s secretary of Health and Human Services, said it’s feared entire areas of the state may run out of room even in their makeshift “surge” capacity units “by the end of the month and early in January.” In response, the state is updating its planning guide for how hospitals would ration care if everyone can’t get the treatment they need, he said.

“Our goal is to make sure those plans are in place, but work hard to make sure no one has to put them into place anywhere in California,” Ghaly said.

It hopes to accomplish that by beefing up temporary staffing, opening makeshift hospitals in places like gymnasiums, tents and a vacant NBA arena, and by sending patients to regions of the state that might have precious remaining beds.

California is enduring by far its worst spike in cases and hospitalizations. All of Southern California and the 12-county San Joaquin Valley to the north have been out of regular ICU capacity for days.

California is averaging almost 44,000 newly confirmed cases a day and has recorded 525,000 in the last two weeks. It’s estimated 12% those who test positive end up in the hospital. That means 63,000 hospitalizations from the last 14 days of cases. The current figure is 17,190.

The state’s public health department in June released crisis planning guidelines for hospitals and other care facilities during the pandemic. It provides detailed guidance for how to manage care decisions when resources are scarce.

The goal is the best possible outcome for the largest number of people, the document says.

The guidelines emphasize the importance of planning for crisis scenarios and of ensuring decisions are not made based on discriminatory factors such as age, race, disability, gender, socioeconomic status, insurance status.

The document outlines best practices for “proactive triage” that must occur when a hospital has exhausted its resources. A basic graphic shows the first consideration should be whether a patient is actively dying or certain to die, in which case they should only be given palliative care.

For patients not in that category, care providers are broadly asked to assess a person’s prognosis of survival compared to others when determining how to allocate limited resources.

Los Angeles is among the hardest hit areas of the state but its hospitals aren’t there yet, LA County Department of Health Services Director Dr. Christina Ghaly said Monday. They are in the contingency stage, which means shifting around staff and equipment.

Los Angeles Mayor Eric Garcetti said experts have drawn “a straight line” between the current spikes in cases and Thanksgiving gatherings and warned people to stay home in the coming weeks.

“If you gather for the holidays, our hospitals will be overrun,” Garcetti said. “This is not a good sign, and it’s a recipe for a Christmas and New Year’s surge.”

Newsom gave Monday’s briefing from his home as he began a 10-day quarantine Sunday for the second time in two months after a staff member tested positive for the virus. The governor was tested and his result came back negative.

In a rare bright note, Newsom said federal relief aid and more vaccines are both on the way. The first 110,000 doses of the newly approved Moderna vaccine arrived in the state a week after California hospitals administered the first 70,258 doses of the Pfizer vaccine.

The explosion of cases in the last six weeks has California’s death toll climbing. Another 83 fatalities reported Sunday raised the total to 22,676, though Newsom cautioned the daily figure was likely too low because of a normal weekend reporting lag.

The state has averaged 233 deaths each day for the last 14 days.