Despite Fiorina’s Claim, Democrats Not at Fault for CA Drought 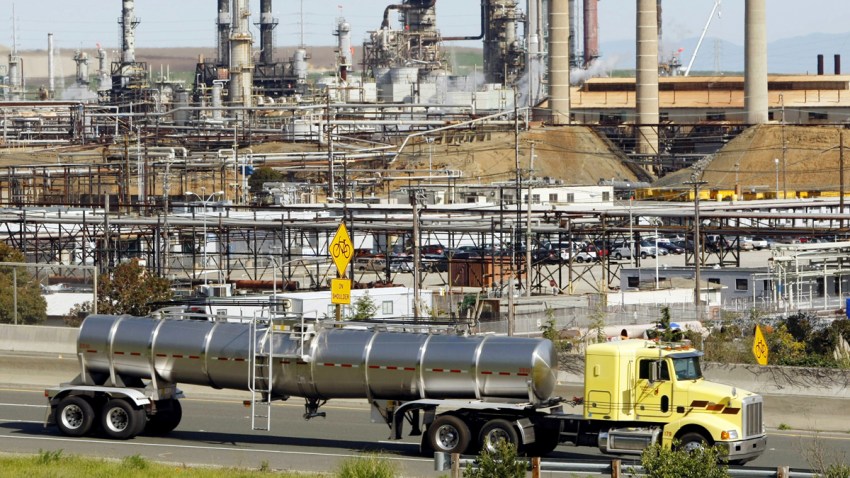 “You know what’s also made it worse?” she said. “Politicians. Liberal politicians who stood up for forty years as the population of California doubled and said you cannot build a new reservoir, and you cannot build a new water conveyance system.”
A quick tour through the history books—from the 1970’s to today—shows Fiorina’s claim is one-sided; both political parties have played a role in blocking reservoir construction in the Golden State.
In 1972, then-governor Ronald Reagan signed the California Wild and Scenic Rivers Act, which protected many of the state’s rivers, namely the Eel River, from dam construction.
“Ronald Reagan is a very central figure in the water supply in California,” said Jeffrey Mount, a water policy expert at the Public Policy Institute of California. “He influenced the direction we went in both the seventies as well as the eighties, and we still see some of that today.”
Flash forward to today and Fiorina’s claim carries a little more weight.
Construction on two major projects—the Sites and Temperance Flat reservoirs—has been stalled by California Democrats.
In April, Democrats in the legislature defeated AB 311, which would have “streamlined environmental reviews of water storage projects,” according to the Los Angeles Times.
Plans for the two reservoir projects would have boosted the state’s storage capacity by trillions of gallons. Take into account a lack of rainwater, though, and the real impact of the projects will be much less significant, says PPIC’s Mount.
“The problem is, you can’t fill those dams,” he said. “You have other dams that already take the water.”
The Sites and Temperance Flat projects are just two of five proposed reservoir projects in California, Mount said. The total amount of water yielded by all of those projects combined would only increase statewide yield by one percent, he added.
That’s a drop in the bucket, he said.
NBC Bay Area’s political analyst Larry Gerston adds that even without political parties blocking dam construction, new reservoirs would have little impact this drought because dam projects take time, decades in some cases.
“You don’t just build a dam as if you’re building with Lego’s,” he said. “It’s an extraordinarily complicated project, the last part of which is the dam itself.”
The reality is, there are a lot of stakeholders involved when it comes to the construction of reservoirs, and both parties have helped build or block those water projects.
So, too, have voters, Gerston added.
Everyday citizens who exercise their right at the polls play a major role in the success of water bonds, like Governor Jerry Brown’s water bond proposal that voters approved last year.
One third of the money from that bond foes for storage projects, like dams.
0