The San Diego Police Department released officer-worn camera footage from an incident last week in which an officer shot a man who allegedly had a knife.

The man was hospitalized and is expected to recover, and the incident, as well as the tactics used by the officer, are under review by several entities.

The incident stemmed from reports made by witnesses who said they saw a man with a knife acting erratically Downtown on Feb. 25.

Footage from Officer Kelly Besker's body-worn camera shows the officer responding to a separate call when a pedestrian approached the officer to report what he saw.

Officer Besker got in his police truck and responded to the southeast corner of G Street and 3rd Avenue where he came into contact with Stephen Wilson, 68.

NBC 7's Lauren Coronado has the latest from the scene of the shooting,

Wilson told Besker that he had no knife, and that someone had knocked over a shopping cart full of his belongings. As seen in the footage, items and debris were strewn all over the street corner.

Besker can be heard telling dispatchers that Wilson didn't appear to be armed.

"He has food in his hands," Besker communicated through his radio.

Wilson defied several orders from Besker to put his food down, and became agitated as he told Besker to get away from him and leave him alone.

Wilson began to retreat as Besker and a second officer moved closer, and moments later Besker spotted a knife in Wilson's back pocket. Wilson said out loud, "You have a knife in your back pocket."

Wilson immediately brought his left hand behind his back and pulled the knife out. As he reached back, Besker told him, "Do not grab that knife." At the same time, the second officer had moved in closer and was just two feet away from Wilson, according to SDPD. 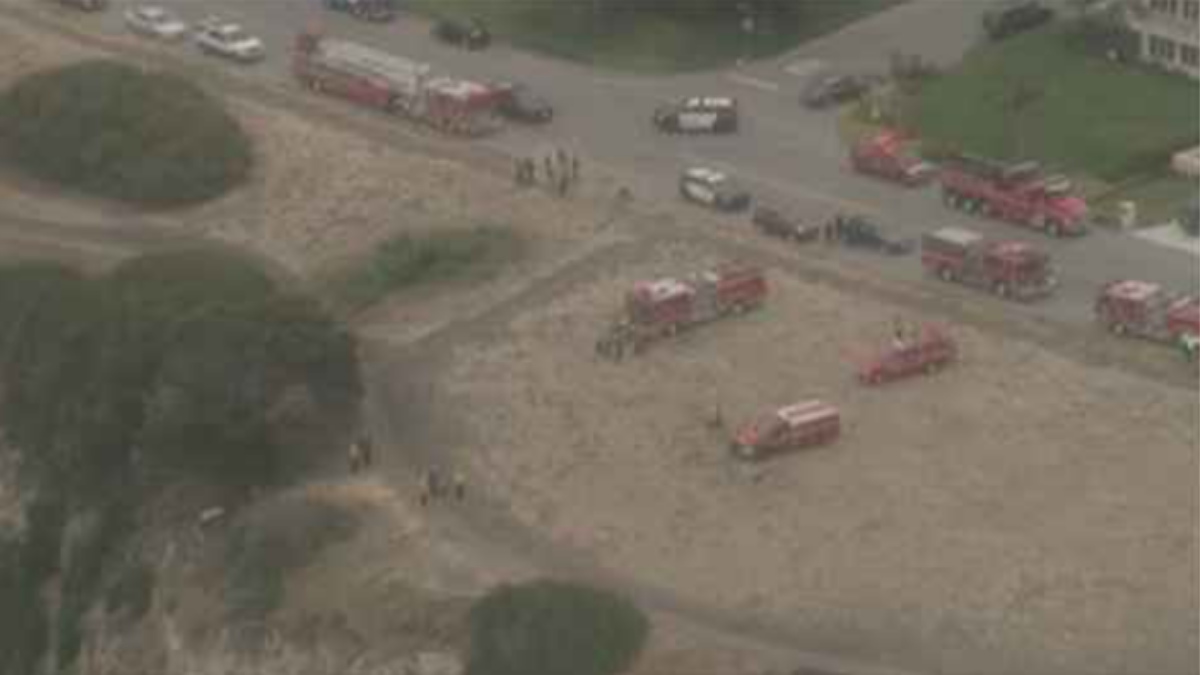 Man Killed, 3 Others Survive After 300-Foot Fall Off Cliff in Southern California

"In a fluid motion, Mr. Wilson retrieved the knife from his back pocket, brought it forward and released it to fall to the ground," SDPD said in a caption of the released footage.

According to SDPD, Besker fired his service weapon about a third of a second after Wilson released his grip on the knife. Three shots were fired and Wilson fell to the ground.

Besker and two other officers immediately gave first aid to Wilson as they waited for medics to arrive.

Wilson can be heard telling Besker he was trying to hand the knife over, and that he didn't hear Besker tell him not to reach for it. Wilson was taken to the hospital in stable condition, according to SDPD. It is unclear if Wilson is facing any charges.

SDPD's Homicide Unit is investigating the incident, which is protocol for cases in which officers fire their service weapons. Besker, who has been with the department for 26 years, was placed on leave pending investigation of the incident, according to SDPD Captain Rich Freedman.

The FBI and U.S. Attorney's office will monitor the investigation. The Police Shooting Review Board will also review the incident, as will the Commission on Police Practices, according to SDPD.