Pfizer Vaccine Moves Closer to Getting the OK in US

U.S. regulators Tuesday released their first scientific evaluation of Pfizer’s COVID-19 vaccine and confirmed it offers strong protection, setting the stage for the government to green light the biggest vaccination effort in the nation’s history.

The analysis by Food and Drug Administration scientists comes ahead of a Thursday meeting where the agency's independent advisers will debate if the evidence is strong enough to recommend vaccinating millions of Americans. A final FDA decision and the first shots could follow within just days.

They are among a whirlwind of developments that are expected to make multiple vaccines available by early next year, in the U.S. and beyond. 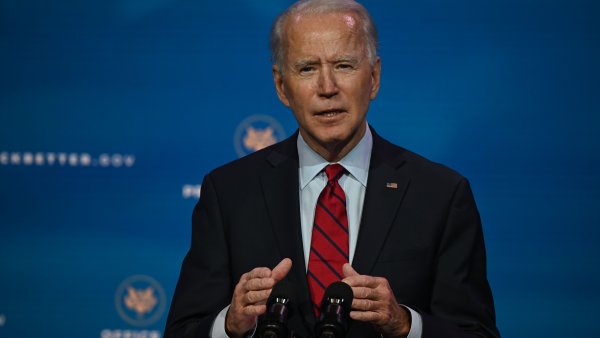 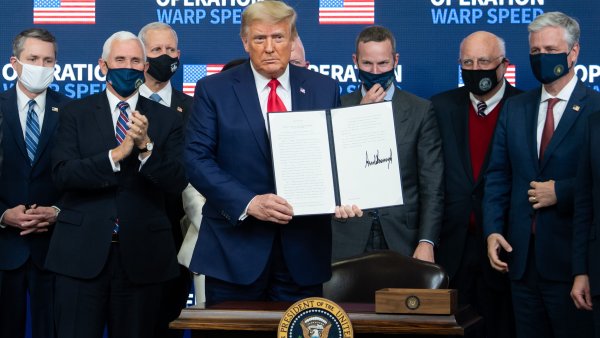 Britain on Tuesday began vaccinations with the shot made by Pfizer and German partner BioNTech. The FDA later this month will consider one developed by Moderna. Also Tuesday, a medical journal published early data suggesting a third vaccine candidate, AstraZeneca's, also protects people, though not as much as the two other frontrunners.

The vaccines emerged from an all-out worldwide race and are reaching the market less than a year after the virus was even identified — a remarkable scientific achievement that shaved years off the usual process.

The encouraging developments come as the coronavirus continues surging across much of the world. The scourge has claimed more than 1.5 million lives, including over 285,000 in the U.S., the highest toll of any country.

In a final analysis released by Pfizer and BioNTech, coronavirus vaccine had a 95% efficacy rate. The report says the vaccine was well tolerated and no serious safety concerns were observed.

FDA scientists reanalyzed data from Pfizer's huge, still-unfinished study and found that so far, the vaccine appears safe and more than 90% effective across patients of different ages, races and underlying health conditions. The FDA specifically confirmed it works well in older people, who are especially vulnerable to the virus.

Thursday's public meeting will be closely watched by health authorities around the world and is considered key to bolstering confidence in the shots amid skepticism about vaccine safety among many Americans.

“We want people to see this discussion, to see the issues that are brought up, and have a vigorous discussion of the data elements by the outside experts,” FDA Commissioner Stephen Hahn said in an interview. “That will be an important part of showing what goes into our decision making.”

The FDA is expected to follow its committee ’s advice, and first in line once vaccinations begin would be health care workers and nursing home residents.

A 90-year-old former shop clerk and a man named William Shakespeare were the first two people in the United Kingdom to receive a COVID-19 vaccine.

“They need to take as much time as they need to feel comfortable. It’s very important for the trust of the vaccine from the people,” he said.

Pfizer and BioNTech previously reported the shots appeared 95% effective at preventing mild to severe COVID-19 disease, based on the first 170 infections confirmed after participants' second dose. Only eight of the infections were among volunteers who had been given the real vaccine; the rest were among those who had gotten a dummy shot.

Moderna has reported nearly identical protection in tests of its vaccine, which was developed with the U.S. National Institutes of Health.

A third option, from AstraZeneca and Oxford University, appears safe and about 70% effective, according to early test results from Britain and Brazil. But that report, in the medical journal Lancet, showed that questions remain about how well it helps protect those over 55.

Still, British regulators are considering emergency use of that vaccine, too, and if it pans out, it could become the vaccine of choice in the developing world because it doesn't need to be kept in the deep freeze like Pfizer's formula.

A big question for all the coming vaccines is how long protection lasts.

FDA said partial protection appears two weeks after the first dose of the Pfizer shot, and greater protection seems to last at least two months after the second and final dose.

As for safety, the FDA found no serious side effects among the more than 37,000 volunteers who have been tracked for at least two months after their last dose, the period when vaccination problems typically appear.

As the nation gets ready to start receiving vaccinations for COVID-19, it's important to understand the side effects. Here is what doctors are saying people can expect.

The main side effects were injection-site pain or flu-like reactions that tend to last a day or two: More than half of adults under 55 experienced fatigue or headache, about a third reported chills or muscle pain, and 16% had a fever. Older adults were less likely to experience those reactions.

Once mass vaccinations get underway, the government intends to conduct unprecedented monitoring of recipients to watch for any side effects that didn’t show up during testing. Even studies of tens of thousands of people can’t spot a complication that strikes, say, 1 in a million.

Among the additional questions ahead of Thursday's meeting:

--Were the shots adequately tested in Black, Hispanic and other communities hard hit by the pandemic?

--Does the vaccine protect against infection with no symptoms, or could the vaccinated still unknowingly spread the virus?

--What should pregnant women be told about vaccination, since they weren’t tested in Pfizer’s study?

Studies in children as young as 12 are just beginning.

Answering some of those questions may require keeping Pfizer's 44,000-person study going even after vaccinations begin. Health authorities are wrestling with how to do so in a way that’s fair to participants who got a dummy shot but would want the real thing now.

Associated Press writers Jamey Keaten in Geneva and Marilynn Marchione in Milwaukee contributed to this report.