Golfers Back in the Swing as Presidio, Other Courses Reopen

“It’s one of the happiest moments I’ve had in a while,” Smith said as he chipped balls across the course’s practice green.

For the first time in over six weeks, the course was filled with golfers hauling bags, driving carts and swinging clubs full tilt across the course’s sprawling lawns. Many showed up by 7 a.m. to hit balls on the practice green and driving range — while the course itself was already booked solid for the entire upcoming week.

“It’s something that you can kind of look forward to as opposed to the unknown,” said course general manager Don Chelemedos. “You can get out here and at least have a distraction for four or five hours.” 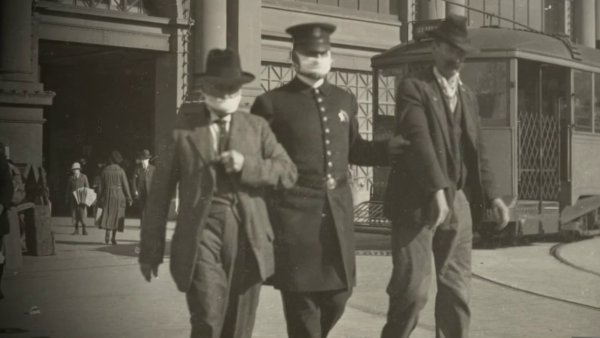 Late last week, the course’s grounds crew began mowing lawns, raking the sand traps and sprucing up the lawns in anticipation of this week’s return of golf. While the course looked the same, new procedures were tailored to the times.

The course’s pro shop and restaurant remained closed. Money transactions were done over the phone or internet. Golfers were required to wear masks while checking in. Outings were limited to four golfers. And even the holes on the greens were modified to keep people from touching common surfaces.

“When you’re on the golf course,” Chelemedos explained, “we’ve got it set up so that the cups are raised about an inch so you don’t need to reach into the cup.”

“I think golf was a social distance sport to begin with,” said golfer Jason McMahon as he waited to head-out onto the course with a group of friends. “It gives us an opportunity to be out and about with each other, but not to be right on top of each other.”

The reopening of the course isn’t just good news for golfers; the Presidio Golf Course contributes financially to the rest of the Presidio National Park which operates under a congressional mandate requiring it to financially support itself. Chelemedos said income from the course supports programs across the park.

The Presidio course closed in mid-March under restrictions aimed at slowing the spread of COVID-19. Instead of golf, the Presidio Trust allowed the course to open as a park where families turned out to picnic on the greens, play in the sand traps or fly kites along the fairways.

But early Monday morning, the golfers were back to claim their turf. Smith, a sixth-generation San Franciscan who grew-up playing at the course, said he was excited for the chance to get back to the place, and sport he loved.

“It’s kind of my savior in life to relax and be outside with my friends,” said Smith. “So super stoked it’s back.”