The industry that feeds millions is now starving for cash, and restauranteurs are scrambling for new ways to weather the storm — and the uncertainty that will follow

Nabbing a last-minute reservation at San Francisco's storied House of Prime Rib was once the kind of feat that could make an ordinary person feel like a lottery winner.

But in the days leading up to the March 17th shutdown of dine-in restaurant service across California due to the coronavirus pandemic, the historic steakhouse — and hundreds of other restaurants across San Francisco — had an uncomfortable abundance of open tables.

"People were just very nervous, just not really wanting to be in here," said Chris Tavelli, owner of the Yield and Pause wine bars. "It just basically nose dived."

The Coronavirus Dining Chronicles: How the Pandemic Is Changing SF Restaurants

As bars were forced to shut down, and restaurants given a choice of closing or complying with new takeout-only health guidelines, their owners were forced to make a choice: Their businesses could go into hibernation, they could pivot, or they could try to tough it out.

Trish Tracey opened Myriad Gastropub in the Mission District about five years ago. It was the realization of a lifelong dream.

"For me, the whole point of opening a restaurant was to have people feel like they were coming into my house for dinner," said Tracey, who is the restaurant's chef and owner.

Myriad was featured on KQED's "Check, Please!" in April, 2017 — a lively spot, packed with people enjoying cocktails, deviled eggs and hearty meat dishes. It couldn't be a farther cry from how the place looks now: Stools sitting upside-down on the bar, plywood over the windows, and only a faint column of steam rising from one corner of the kitchen where Tracey is cooking alone.

Tracey announced in a video on Facebook that she'd made the decision to suspend operations and lay off her 20 employees so that they could get unemployment benefits. The team had become like a family, she said.

Tracey said she now spends her days applying for loans, grants and other assistance programs that will help the business get back up and running once public health restrictions ease — and bring some money to her laid-off employees in the meantime.

"I'm pretty determined," she said. "If tenacity will get me there, hopefully we'll get there."

Chris Tavelli had poured his heart into his two wine bars — decorating them with family photos and San Francisco Giants collectibles. Watching his business dwindle and then shut down was emotionally trying.

"It was really sad," he said. "I definitely cried, but then I quickly realized that I didn't really have a lot of time to grieve. I needed to get a plan together."

With a cellar full of wine, and regular customers texting and emailing him for ways to buy it, Tavelli said his first thought was a simple one:

"People want wine, I have wine, give them wine," he said.

Almost overnight, he set up an e-commerce website for what he dubbed the Quarantine Wine Club. He knows the ropes — he'd already tried to do this once before. But the last time didn't go well.

Tavelli went through his inventory of mostly-organic wine in about three weeks, and started ordering more. It reflects a nationwide trend in alcohol consumption since the coronavirus pandemic reached the U.S.: Wine sales surged 66%, and online alcohol sales rose 243% during the week the shutdown began, according to a Nielsen survey.

Since he's making all the deliveries himself, Tavelli is offering an alternative to tipping the driver: He's started a small fund to buy wine for the nurses at the Kaiser hospital where his two kids were born. Club members can donate as much as they want toward a case of wine.

"And once we get to a case of wine, I'm gonna take the wine to the hospital," he said.

Tavelli said he plans to expand his offerings to virtual and in-home tastings, and hopes the club will remain a part of his business even after bars are allowed to reopen.

On an ordinarily-bustling block of California Street in the financial district, Perbacco's dining room seats more than 200 people. But now, with the street outside eerily quiet, the restaurant has just four occupants — all of them wearing aprons. Unused plates are stacked high on tables, and a long telephone cord snakes its way from the entrance all the way back to the kitchen.

"We definitely saw business trailing off, so we were making contingency plans," said executive chef and owner Staffan Terje, who also owns Barbacco next door.

Between his two restaurants, Terje employed 113 people — and had to lay off 110 of them. The two chefs and one manager remain, cooking food for the handful of people left working in the neighborhood, and fielding a growing number of delivery orders.

"We said, OK, what do people need?" he said. "People are at home, they're going to eat together. Let's start with family meals."

Instead of the multi-course restaurant experience that won it a spot in the Michelin Guide, Perbacco is putting the same flavors and ingredients into family-style Italian classics like baked lasagna — or unbaked lasagna, if you prefer.

"You can take it unbaked, and we put a little tag on there with cooking instructions, and you know, throw it in the oven at 350 for about 40 minutes and you're good to go," Terje said. "You get a better product that way. We bake chocolate chip cookies if you want that to go, but we'll also sell you the dough."

Climbing on board with a trend Terje says started at Prairie, a Mission District Italian restaurant, he's also launched a grocery section — selling off many of the ingredients he now has too much of, including some that are scarce at supermarkets.

"I have flour, I have sugar, I have olive oil, I have all these things — probably for less than grocery store prices," he said.

The restaurant industry's plight hasn't gone unnoticed — and already, a grassroots effort has sprung into motion to help. It's organized, in part, by people who specialize in handling painful situations: nurses.

"Restaurants are like the heart of San Francisco, right?" said Sydney Gressel, a pediatric emergency nurse at UCSF Benioff Children's Hospital. "When this is all said and done, I want to be able to have these places still in business and thriving, and making our city what it is."

With that goal in mind, Gressel helped found an organization called Frontline Foods. It allows donors to buy locally-catered meals for hospital staff working long hours during the fight against COVID-19. The donated money — $20 per plate — goes directly to the restaurants preparing the food.

"It's sort of win-win," Tracey said as she prepared hundreds of servings of chickpea stew with slow-roasted pork. "I'm just doing all the labor myself, so it will put a little bit of money in the bank — so when we go to get up and running, hopefully that and the grants and the loans and all the different things together can help bring us back up."

In a matter of weeks, the Frontline Foods model has been replicated in cities around the country. A partnership with World Central Kitchen allows donations to be tax-deductible.

"I'm blown away that this has taken off to such a degree," Gressel said.

Terje is also taking part, and like Tracey, he said he's putting aside the proceeds from his Frontline Foods meals so that he'll have money for his first payroll. None of the entrepreneurs are expecting a smooth re-entry to life as we knew it.

"I hear a lot of people say, 'Oh, when it goes back to normal,'" he said. "What we knew as normal, it doesn't exist anymore and it never will." 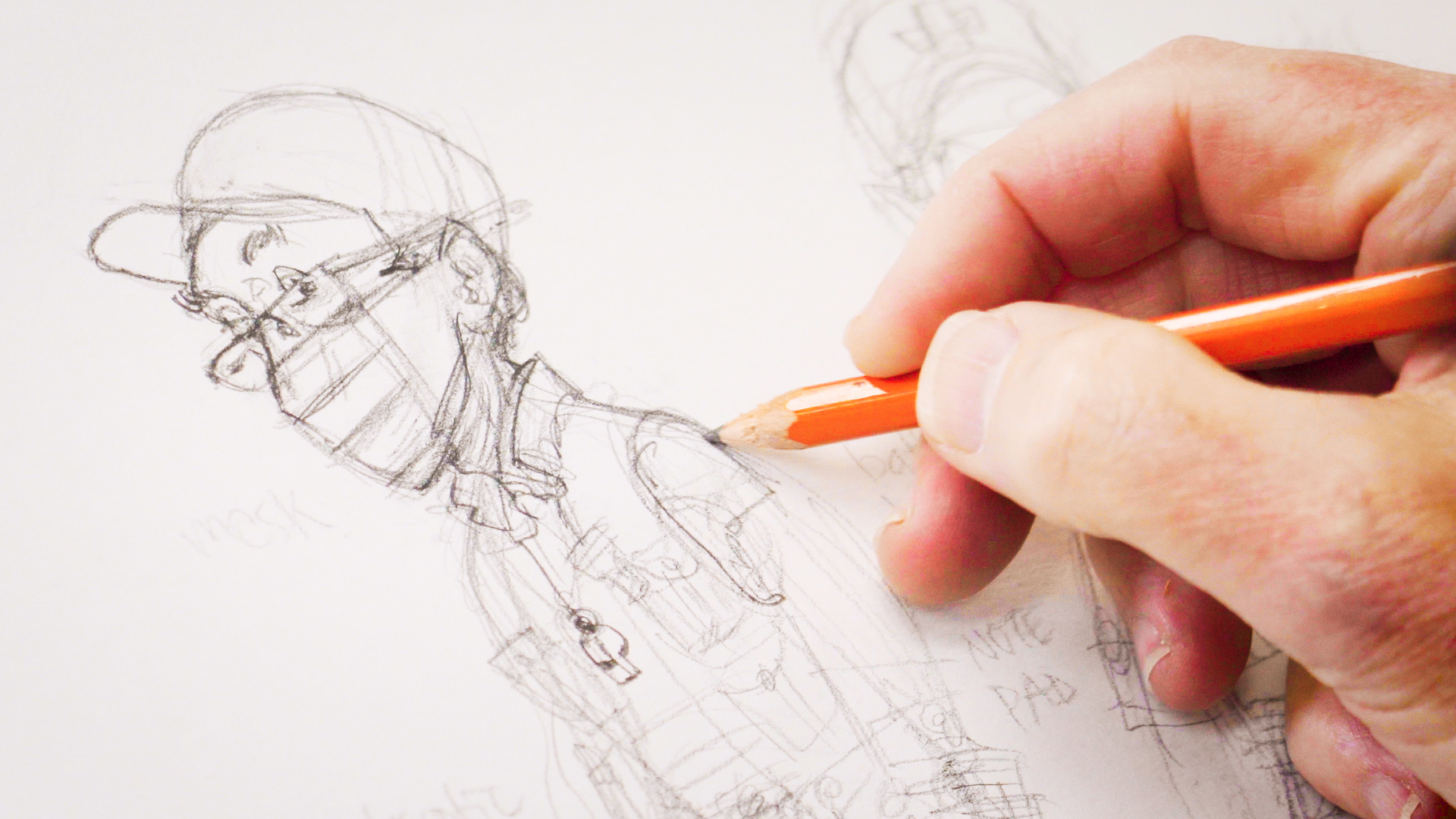 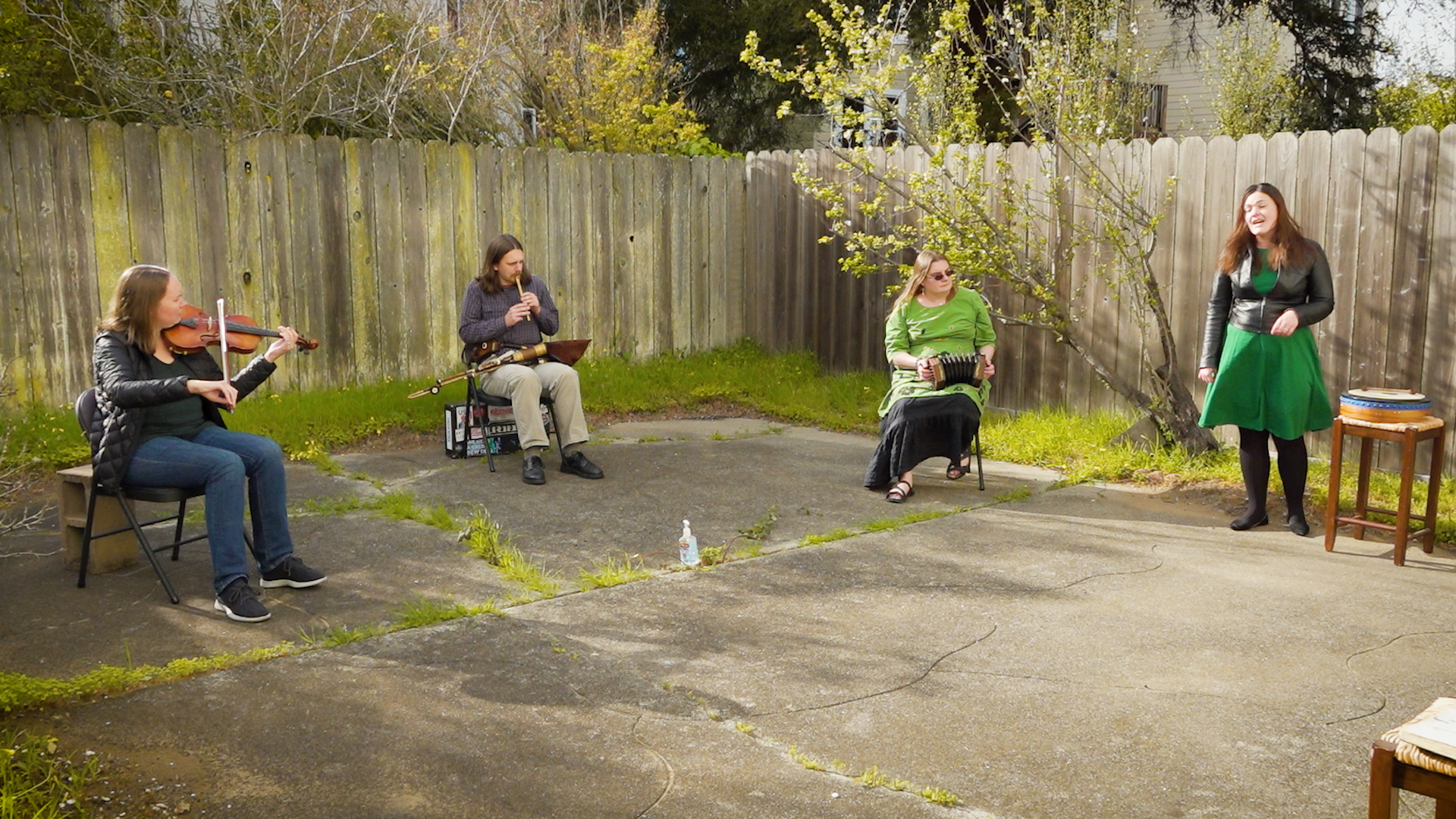