Passengers at San Francisco International Airport said they are ready for more COVID testing after the omicron variant was recently detected in San Francisco.

As omicron spreads to the Bay Area, COVID testing is spreading through SFO and passengers lined up Wednesday to take the test. 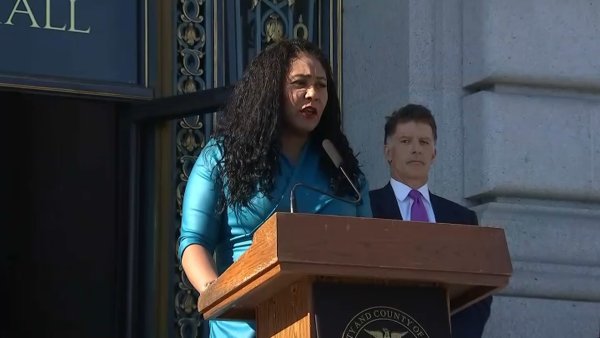 The airport is expanding its testing program to include passengers coming in from South Africa, France, Germany, and the UK where omicron had been detected.

"Since October, we've been doing a pilot program with the CDC to essentially test for new variants entering the United States,” said SFO spokesperson Doug Yakel.

Some passengers told NBC Bay Area that they're on board for more testing.

"I think we're all in this together. I think it's a very confusing time I myself am in the midst of trying to figure out if I even cancel my international flight, so I think we're all sort of operating in the space of, like, not knowing what's going on,” said San Francisco resident Andrea Johnson.

While others had mixed reaction.

“You know what, I don't like it. I feel like it's too much regulation. But if it's for safety I guess I’m willing to make sacrifices,” said Ryan Santos.

But the Biden administration is expected to impose new travel rules to help get a handle on it's spread just as holiday travel is starting to pick up.

One of the biggest changes could be with pre-flight testing.

Right now, passengers can get a negative COVID-19 test up to three days prior to flying to the U.S.

Under draft rules shared with NBC News, that could change to just 24 hours before a flight.

The CDC is also considering requiring all travelers flying into the United States regardless of vaccination status to get tested within 3 to 5 days of arrival here.

Other countries like France are also changing their travel requirements.

“Even if they are vaccinated, be it with two doses or with three, it will be requested of them that they do show a negative COVID tests,” said Frederic Jung, French Consul General In San Francisco “That needs to be done 48 hours prior to boarding their plane to France.”

Most free PCR tests at hospitals and city run sites take anywhere from one to three days for a result.

Travelers can pay for a rapid PCR test at SFO, with results in about an hour but it costs $270.

If more countries impose a shorter testing window, it could mean a crush of travelers trying to get a last-minute test at SFO.

The CDC is expected to announce the new U.S. travel requirements on Thursday, and it could take effect within a week or two.